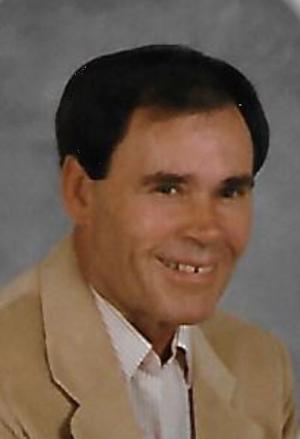 MILES CITY — On the morning of Feb. 19, 2018, Gene Eldon Riley passed away following a 3 year battle with cancer while surrounded by his loving family, friends and the wonderful staff of Hearts and Home Assisted Living in Miles City. Gene was 80 years old at the time of his passing.

Gene Eldon Riley was born to Herschel (H.K.) and Margaret (Benson) Riley on April 22, 1937 in Miles City, and lived in Jordan until 1943 when he moved with his family to Hood River, OR. He attended schools in Oregon and graduated from Laurelwood Academy in Gaston, OR in 1955 where he was active in the Men’s Quartet. Following graduation he attended Walla Walla College for a period of time.

In 1957, Gene moved back to Jordan where he went to work for the ASCS. Gene later went into the trucking business in Garfield County. Gene was united in marriage to Pauline Ritter on June 14, 1958 and to this union two children were born, Echo and Craig. Gene and Pauline were later divorced.

In 1966, Gene moved to Miles City and went into business leasing the Range Riders Bar. He later purchased the Mint Bar and renamed it the Trails Inn Bar and ran that for several years for a total of 12 years in the bar business. In the early 70’s Gene was a Director of the Cow Capital Turf Club and owned a race horse named Cat’s Meow. Gene had married Phyllis Thorley on March 22, 1968. They were later divorced.

After leaving the Trails Inn, Gene ran cattle for a while and then went to work driving truck for Jerke Trucking throughout the western United States. He then sold insurance for Farmer Stockman for 25 years until his retirement in 2014. He enjoyed establishing new relationships and renewing old friendships with the local ranchers and farmers.

Gene loved to be on the back of a horse with his faithful dog Billie running alongside. He loved to golf and purchased a home on the golf course where the view from his living room window was the fourth hole. He spent many enjoyable hours with his coffee buddies while catching up on the latest news and sharing stories with one another.

Gene loved his children and grandchildren and was proud of all their accomplishments, never failing to show his friends their pictures and sharing what they were involved with and the things they excelled at and how proud he was of them. Gene kept in very close contact with his high school classmates who were very dear friends and he faithfully attended their annual class reunions in Oregon until he was no longer able to do so.

He was preceded in death by his parents and step-mother, his grandparents, his sister Lyn Riley and his granddaughter Sierra Kampf.

A Celebration of Life and Luncheon will take place on Saturday, June 9th, at the Miles City Town and Country Club beginning at 12:00 P.M. Condolences may be made to the family by visiting www.stevensonandsons.com.