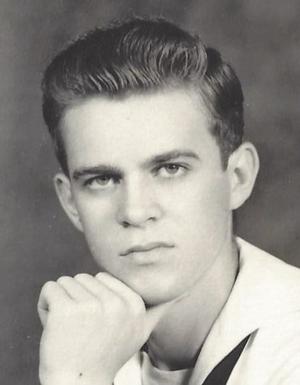 Dale "Dan" Jordan Lineback, 76, of Billings, passed away of natural causes on Monday, May 21st at the VA Hospice in Miles City. The son Of June and Dale Virgil Lineback, Dan was born Aug. 30, 1941, in Winner, SD. He was raised in Winner and Sioux Falls, graduating from Washington High School 1959 in Sioux Falls, SD.

Dan enlisted and served in the Navy from 1960 -1966 and received an Honorable Discharge with a rate of 2nd Class Machinist Mate. Dan worked for Mountain Bell Systems/ US West for 33 years. Working and attending school full time he received a Bachelor's Degree in Business from Eastern Montana College in 1976.

Dan was an avid hunter and trap shooter. He loved and worked on firearms his whole life and was a self- taught expert at refinishing and checkering gun stocks.

His Siblings include Vicki Lineback, Kerry Donahoe, and Laurie Dukart all of Billings. Dan's surviving children include Kim Lineback, Kelly Grubaugh, and Brian Lineback all of Missoula; Sean Lineback of Laurel and Kirk Lineback of Baker. He was especially fond of his grand- daughter Autumn Lineback of Butte whom he saw nearly every day while she was growing up.

Cremation has taken place and interment at The Veterans Cemetery in Laurel will take place at a later date. Rest in Peace Dad. Condolences may be sent to the family by visiting: www.stevensonandsons.com.