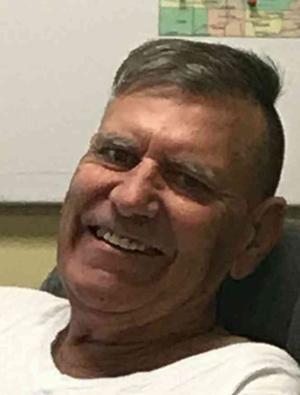 Robert (Bert) Mark Supanik, sweet brother, fun-loving uncle, cousin and friend, fell asleep battling cancer and woke May 9, 2018, healed and in the presence of his Savior.

Robert was the youngest of four children born to Albine and Jean Supanik of Broadview on August 29, 1949. The family farm was a wonderful place for a rambunctious boy like Robert to grow up. He loved to tell of the adventures he had breaking horses with his Granddad Stoltenberg. In high school, Robert played basketball and ran track, his favorite sport, which he'd converse about regularly with anyone who would listen. After graduating, Robert joined the Army and became a paratrooper. He later enjoyed working for the Bureau of Land Management. Not afraid of new adventures even later in his life, he moved to Callaway, Nebraska for about a year, making new friends and memories along the way.

Robert will be remembered for many things such as his generous spirit and kind heart, his willingness to sacrificially help anyone in need, his impressive knowledge of history, his crazy stories, both true and fictitious, his continual interest in the nephew’s and niece’s sporting events, especially track. Routine and loyalty were part of what made Robert tick. Because of this, there were several things he’d never miss, such as hauling a carload of friends to church Saturday nights (Thank you Harvest!) eating a good burger (Thanks Perkins and Apple Bees!) and ALWAYS taking time for unlimited coffee and ice-tea. (Thanks City Brew!)

Knowing Robert's days here were limited, a nephew asked him what advice he’d want to pass along and he replied, “Do what I did. Go with Christ.” Robert’s love for Jesus is what compelled him to live the way he did. We will miss him asking us if we have any “interesting stories” to share with him. Mostly, we’ll miss his big heart. Thank you to the many of you who surrounded Robert with love. Our family would like to express a special thank you to the Riverstone Hospice team for the kindness with which you helped care for Robert these past months.

Robert is proceeded in death by his father, Albine Supanik, his mother, Jean Stoltenberg Supanik, his brother Alferd Supanik, and his sister, Bonnie Supanik Nelson. He is survived by his sister, Marilyn Supanik Haidle, and many nephews, nieces and cousins.

Celebration of Robert’s life will be Tuesday May 22, at 10 a.m., at the Smith Funeral Chapel located in Billings west end at 304 34th Street West. Stevenson and Son’s Funeral Home of Miles City is in charge of the arrangements. Should friends desire condolences can be made to the family by visiting stevensonandsons.com.