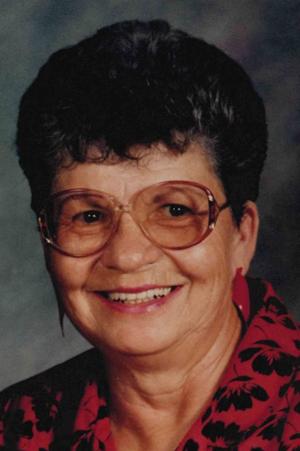 She was raised in the Black Hills of South Dakota, married and moved to Eastern Montana in 1956. She later moved to the Billings area in 1968. She worked in retail grocery stores the majority of her life. She started at Safeway and Buttreys in Miles City and Billings, and retired after working many years at Denny’s IGA in the Heights. She married Harold Oblander and farmed in the Ballantine area for 35 years.

After retirement, she worked with Harold and David on the farm, and spent a lot of time with her grandchildren and family. Doris enjoyed spending her time crocheting, playing cards/games, and took great pride in her home and yard. Doris was always welcoming to friends and family and opened to her home to those in need. She was even a mom and a grandma to those who were not her children or grandchildren. She was a member of the Global Grannies and enjoyed their get-togethers.

She is survived by Darla (Thomas) Day, Debra (Ron) Frank, Diana (Audie) Stein, Donna (Rick) Hunter, and David (Shelly) Oblander. She enjoyed her nine grandchildren and 12 great-grandchildren. She has one surviving brother, Gale Kuykendall. She was proceeded in death by her daughter, Brenda Peck; husband, Harold Oblander; her parents, Hollis and Carthel Kuykendall; and three sisters and two brothers.

In lieu of flowers, donations may be made to VFW in Worden or a charity of your choice.