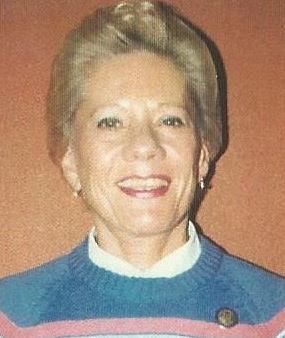 Always quick to care for loved ones and strangers alike for all 94 of her years, Ruth Eleanor Carlson Benoit is now taking a well-earned rest after moving on peacefully in Miles City on Feb. 17, 2018.

With her trademark “uffda” always at the ready and a friendly laugh that always lightened the mood, Ruth was a born caregiver, spending most of her life as a caring nurse, a loving wife and mother, a doting grandmother and a wonderful friend.

Born Aug. 20, 1923, in LeSeur, Minn., Ruth became a cheerleader and homecoming queen before graduating high school in 1941. Three years later, she graduated from the St. John’s School of Nursing and began what would become a passionate, lifelong career as a nurse.

In 1945, she joined the U.S. Army as a nurse, serving during World War II and in Okinawa, Hawaii and Korea. During her time as an Army nurse Ruth was aboard the U.S.S. Repose when it sailed through the historic Typhoon Rex near Okinawa, with 75-foot waves and 173 mph winds clobbering the hospital ship before it moved through the storm.

After the war, Ruth made her way to Twin Falls, Idaho, where she met a young WWII Army veteran named Albert Benoit, Jr., on a blind date. A few years later, on May 26, 1948, the two married and began their next great adventure - a family. While moving from Idaho to Illinois to Michigan to Montana, eventually settling in Billings in the 1950s, they went about raising their four beloved children.

Soon after landing in Billings, Ruth began a 25-year career at Deaconess Hospital and Billings Clinic as an oncology nurse. She was instrumental in pioneering the hospital’s oncology department and helped to save countless lives in her role as a nurse beloved by patients and colleagues alike.

A wonderful wife and mother, Ruth was always up for an adventure or a little mischief, be it summers with Ab on their boat on Lake Pend Oreille, letting her grandkids stay up into the early morning hours watching classic sitcom reruns, trying her luck at a casino or shaking dice around the table with family on a lazy Saturday with a glass of her special Grandma Drink close at hand.

Ruth is survived by her brother, Howard Carlson; her children Stephanie (Tony) Yeamans, Bruce (Lynn) Benoit, Becky (Brenda) Benoit and Daniel (Katie) Benoit; grandchildren Anna, Bryan, Zach, Kastina, Emily and Dusty; great-grandchildren Miannah, Kiah, Gavin and Noah; and too many friends, grandpets and other loved ones to count. She was preceded in death by her parents, Amandus and Lillie Carlson; sisters Alta Schulenberg and Lillian Maas; and brother Wayne Carlson.

Services will be held on April 27 at 10 a.m., at the Lutheran Church of the Good Shepherd in Billings, 1108 N. 24th St. W. Cremation has taken place and a burial will be held at the Idaho State Veterans Cemetery in Boise, Idaho, in July.