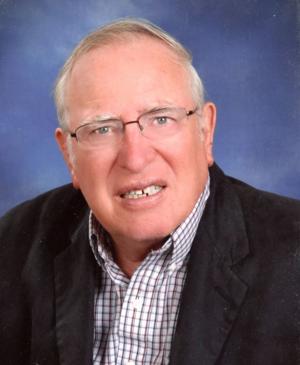 Anthony J. Schuster, Father Tony, and to family and friends Tony, died on April 7, 2018 at Billings. He had experienced some health issues for a number of years, and was 74 years young at the time of death.

Tony was born in Glasgow in 1943 to Delia and Ed Schuster. His siblings were Mae, Peter, Joe, Jerry and Doris. After Mom’s early death, Dad decided it was best that the children have a good foundation and education, so Tony and his siblings went to St. Thomas Home in Great Falls. It was there that Tony grew in his love of the Church. From an early age, it was apparent to all who knew him that he would be the family priest. Mae (Sister Mae) also became a religious sister.

After high school at Assumption Abbey in Richardton, North Dakota, Tony attended seminary in Kenmore, Washington. He was ordained a priest for the Diocese of Great Falls-Billings in 1970 and remained so for the rest of his life. Many of his years ministering as priest were alongside his cousin, Bishop Eldon B. Schuster.

Father Tony’s greatest strength was as pastor to his beloved congregations, family and numerous friends. He would not allow too many formalities, rules or rigidity to interfere with his ministry to the common people he loved and served. Life needs and circumstances came first; the details always seemed to find a way. His preaching was plain spoken, often beginning with a joke or simple life story.

The prairie of eastern Montana was always his home. Tony appreciated the open spaces, the lifestyle and mostly the people of this area. His ministries included the parishes of Sacred Heart in Miles City, St. Leo’s in Lewistown, St. Francis in Circle, Sts. Theresa’s and Matthew’s in Lambert and Sidney, St. Pius X in Billings, Sts. Joseph’s and Luke’s in Great Falls and St. Benedict’s in Roundup. A great joy to him was being present to the small Montana communities of Winnett, Melstone, Ryegate, Broadview and Musselshell. After Mass or other services, Tony was usually found in the kitchen helping with the food preparation and service.

Much of his quality fun times were spent with priest friends, family and friends. He was easily talked into a game of cards, poker or cribbage. His favorite outdoor activities were gardening and fishing. He was known to enjoy a good scotch on occasion, of which there were many.

His nieces, nephews and grand nieces and nephews gave great joy to his life. Christmas, Easter and birthdays brought a big box of goodies from Uncle Tony, and usually an envelope of cash on the side, just in case the gift wasn't just right.

Father Tony retired from full time pastoral ministry in 2008. However, he continued to serve the Diocese in active ministry in various parishes as needed around Billings, including Ballantine.

Tony’s last years were difficult physically. Although bedridden for many months, his mind remained healthy and active until his very last days. He was fortunate to have the patient and caring support of his Billings families, Joe and Stevi Schuster, Jacque and Kyle Gee, Susi and Dave Bunkers and Toni Murray and their families. Joyce Schuster helped Tony compose and send out an Easter letter to family and friends just a few weeks prior to his death. He also had great comfort and support from his priest family, particularly Fathers Richard Schlosser, Jim Birkmaier, John Houlihan, and Tom Harney.

The Vigil Service will be held Thursday, April 12th at 7 p.m. at St. Pius X Church, 18 St. West and Broadwater, Billings. The Mass of Christian Burial will be at St. Pius X Church at 11 am on Friday, April 13. Arrangements are in the care of Dahl Funeral Chapel and memories may be shared at www.dahlfuneralchapel.com