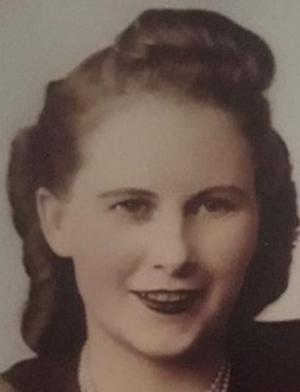 Anna R. Messmer, 95, of Billings, passed away on Feb. 18, 2018. Anna, formally of Plevna and Miles City, was born on Jan. 23, 1923 and was the daughter of Hugh and Agnes Clarke McFarland of Miles City. Anna grew up on the McFarland Ranch south of Miles City. She initially attended school in a one room schoolhouse south of Miles City. As she grew older, she attended Custer County High School, Miles City Business College, and the American Institute of Banking. She recognized the value of education and believed that you are never too old to challenge yourself. Anna’s career began with the J.C. Penny Company in Miles City. She then worked for the Harlowton Continental National Bank, the Miles City First National Bank and the U.S. Bank in Billings. At U.S. Bank, Anna was in charge of agriculture and commercial loans. She retired from the U.S. Bank in 1985.

A memorial service will be held at 10 a.m. Thursday, March 8, 2018 at the Mission Ridge for their residents in Billings, MT. Funeral services will be held on Friday, March 9, 2018 at 10:30 a.m., at the Sacred Heart Catholic Church in Miles City followed by a luncheon at the Riley Center. Interment will follow the luncheon at the Community Union Cemetery in Plevna. Should friends desire, memorials in Anna’s honor may be made to the following: Miles City Convent Keepers to preserve the historical Miles City Academy; Montana Rescue Mission or to the Billings Public Schools Education Foundation. Condolences may be sent to the family by visiting: www.stevensonandsons.com.