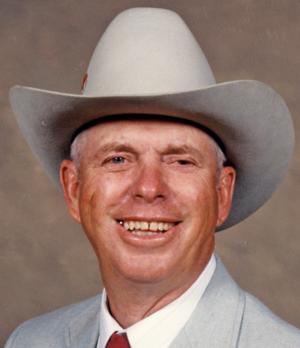 Theodore Boyne was born Aug. 10, 1930, in Ekalaka, the son of Walter J. and Marcella (Nies) Gundlach. Growing up, he attended country school, later graduating from Carter County High School in 1948. Boyne married Bonnie McLeod on Nov. 26, 1955. They were blessed with five children, Kelly, Marie, Mark, Pat and Tom. Together they raised their family east of Ekalaka on the Frank Snow Place. They enjoyed ranching there, while raising registered thoroughbred and quarter horses as a sideline and hobby. Boyne was a talented musician, he sang and played guitar for dances and parties all over the country since his high school days. He was also an accomplished harmonica, juice harp, and piano player. His love of music was only surpassed by his love of horses. In later years, he enjoyed and became proficient in pitching horse shoes and won several titles. Following the death of Bonnie in 1984, Boyne continued to make his home on the family ranch even though the joy of it was overshadowed by loneliness, until 1993 when he was introduced to Sue Ann Joy by her son-in-law, Bob Smith. Through a leap of faith, Sue made the transformation from city girl in Butte Mt. to country girl, when the two were married in 1994, making the Gundlach ranch their home for several years. For the past 20 years, they have spent their winters in Yuma, AZ and their summers visiting their children. Boyne was a lifelong member of St. Joan of Arc Catholic Church, Knights of Columbus, National Horse Shoe Association and Ekalaka Track and Arena.

Remembrances and condolences may be shared with the family at www.stevensonfuneralhome.com. Stevenson Funeral Home, Ekalaka.