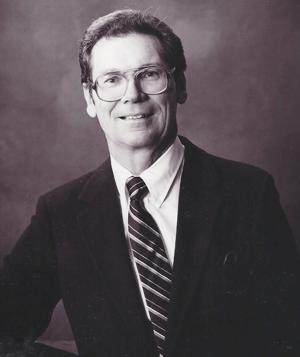 MILES CITY — Wilmer Ashford Mitchell, Jr., died of a heart attack on Nov. 20, 2017 in Green Valley, Arizona, where he had spent the winter months for the last several years.

Bill was born in Roundup, on Jan. 26, 1926 to Wilmer Ashford Mitchell and Margaret Helen (Reeploeg) Mitchell. With his younger brother, Richard G. (Dick), the family moved to Miles City in 1933, when his father established the W.A. Mitchell Company which initially managed farm and ranch properties.

Growing up in Miles City, Bill attended Lincoln School, Washington Junior High, and Custer County High School, graduating in 1944. Bill was junior class president and played basketball during high school. Baseball was a favorite activity. Many days were spent playing at the high school bowl. During his high school years, Bill played American Legion Baseball. Bill was a catcher while his brother Dick was a pitcher. The Miles City teams were quite successful and well-regarded.

As soon as he graduated from high school in June 1944, Bill joined the Army. He completed basic training at Camp Barkeley, Albany, Texas. Most of the young men he trained with were deployed to Europe and killed in the Battle of the Bulge, but Bill had been held back to help train the next group of soldiers. During World War II he served in India and China, primarily in administrative positions, including time as a hospital clerk in Quyanug, China, and an office administrator in Calcutta, India. He often commented that the typing classes he had taken in high school saved him. He was discharged as a Staff Sergeant in June 1946.

Thanks to the G.I. bill, Bill enrolled at the University of Montana (then Montana State University) in 1946 where he was active in the Beta Delta Chapter of the Sigma Chi fraternity. Bill lettered in baseball for all four years and was co-captain of the team his senior year. He graduated with a degree in Business Administration in 1950.

Following further education on insurance in Hartford, Connecticut, Bill returned to Miles City where he joined the W. A. Mitchell Company. He continued to play baseball on a semi-pro Miles City team in the Midland Empire League.

Bill was an independent insurance agent for 53 years from 1950, until his retirement in October 2003. While he was active in the business he served as President of the Montana Association of Independent Insurance Agents (1969-1970), as a member of the national Travelers Leadership Council, and the USF&G National Advisory Council (1980-1990). He valued the relationship he had with his customers greatly, striving to help them in their endeavors. This involved frequent trips to the country to deliver policies to farm and ranch customers, talks with young drivers when they first obtained their drivers license (especially talking about safety and the good student discount), and being his customers’ strongest advocate in dealings with the insurance companies. Thus, he was well-respected by the insurance companies as well as his customers. The motto of the W.A. Mitchell Agency was, “The Agency of Service.”

Miles City and civic involvement were very important to Bill. He and his family were instrumental in establishing the Town and Country Club and the Waterworks Museum (formerly the Custer County Art Center). He was a member of: the Jaycees (president 1957) when they helped revitalize the Bucking Horse Sale, created the Jaycee Park, and brought Louis Armstrong to perform at the high school auditorium; Miles City Rotary Club (president 1956); Miles City Area Chamber of Commerce (president 1971); Town and Country Club (president 1963 -1965); Teachers Retirement Board, State of Montana, (member 1963); Miles City Unified School Board (president 1977); director of the First National Bank, Miles City; elder, First Presbyterian Church; University of Montana Alumni Board, University of Montana Foundation Board, and Grizzly Athletic Association; Holy Rosary Healthcare Foundation Board; Miles City Club; and the Custer County Art Center Foundation Board of Directors. Bill frequently said he was happy to have lived in Miles City during the times he did; he felt the Miles City community was very special.

Bill’s hobbies and interests included big band and jazz music, playing racquetball until he was in his 70s, travel and following sports of all kinds, but particularly Miles City football and basketball, American Legion baseball and the Montana Grizzly football and basketball teams. Bill was an avid golfer, having played his last round of golf last week and shooting a 47 on his nine-hole round, something he proudly shared in a phone call with his son a few days later.

Bill and Avis endowed scholarships in business, music and the visual arts at the University of Montana, as well as provided scholarships for Custer County high school graduates.

As family and business responsibilities decreased, Bill and Avis traveled extensively. They visited more than 50 countries in Europe, Asia, Africa, Oceania, the Caribbean, and North and South America. A special highlight was a 50-day trip taken in early 2001 to commemorate Bill and Avis’ 50th wedding anniversary.

Following Avis’ death on Jan. 17, 2006, Bill and Ardis Zumpf became companions. Bill, Avis, Ardis and her husband, Bill, had been good friends and the couples had traveled together and shared many experiences in Miles City. Ardis and Bill lived in Green Valley during winter months and Miles City during summer months. They enjoyed golf, bridge, concerts and other social activities together, and were grateful to have one another’s companionship following the death of their spouses.

Bill is survived by his daughter Laura Mitchell Ross and her husband John Walker Ross; his son William Mitchell and his partner Connie Nance; granddaughters Heather Mitchell Kimball and her husband Brian Kimball, Lindsey Mitchell, Hillary Ross and Elizabeth Ross; great-grandchildren Braylon and Kailana Kimball; and his companion Ardis Zumpf. He is also survived by his brother Richard G. Mitchell Sr., and his wife Margaret of Green Valley, and many nieces and nephews.

His family and friends will remember him as a principled and generous man.

Visitation will be held from 4 to 6 p.m. on Monday, Nov. 27, at Stevenson & Sons Funeral Home. Funeral services will be held at 11 a.m. on Tuesday, Nov. 28, at the Presbyterian Church in Miles City. Interment will follow in the Custer County Cemetery. Condolences may be sent to the family by visiting stevensonandsons.com.

Should friends desire, memorials may be made to the Custer County Art Center Foundation, P.O. Box 1284, Miles City, MT 59301.