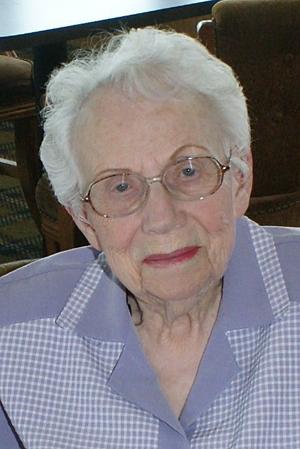 Harriet Irene (Lentz) Wiseman was born on June 28, 1920 in Redwood Falls, MN. She spent her school years in Baker. She was the oldest of seven children and was the designated disciplinarian for the younger siblings. After high school she moved to Miles City to attend and graduate from the Holy Rosary Hospital nursing program. She met G. Dee Wiseman and they were married on November 28, 1942. The family moved to Billings. Harriet worked as a nurse in the pediatric ward at Deaconess Hospital and then at the Children’s Clinic. In 1969, she and Dee moved back to Miles City, where they had purchased the Squire Shop men’s clothing store. They operated the Squire Shop until 1986.