http://www.huffingtonpost...11292.html
permalink
Top
+0
-0
SPONSORED
Show All (20 older replies currently collapsed)
Evidentially my reputation, such as it is, preceeds me.

It's a general green funk, yes.

As did I of course, but it also seem like a good time to prod Gunnar a little ; -)

And I suppose Folks are really going to be upset when Cluck Norris kicks the bucket.

Probably, but then I wouldn't have been able to use a perfectly good euphemism.

Please explain why you find the title "Carradine Hit The End of His Rope" offensive. After all, you clicked on it so it couldn't have been THAT offensive. Its kinda like surfing the net and clicking on a link for Big T*tted *hores do the nasty with bowling pins, then being suprised at what you find. Or did you just take offense when you read what it was about? If that is the case, then it wasn't the title that was offensive.
permalink
Top
+0
-0
Now the word is Carradine's suicide was probably accidental - a result of erotic asphyxiation gone a little(or way) too far.
permalink
Top
+0
-0
supporter
I would have gone with "Bill Killed...Again"
permalink
Top
+0
-0
founder
supporter
sponsor
See . . . I knew Gunnar would come through.
permalink
Top
+0
-0
moderator
founder
Sounds like in this case "Thrill Bill" might be more appropriate.

permalink
Top
+0
-0
founder
supporter
sponsor
Again, I apologize for the gallows' humor, but sometimes it's just hard to resist.

More often than not, suicide is the ultimate act of selfishness and cowardice. If people who kill themselves think so little of themselves (and others), I see no problem whatsoever with a little mockery. Mr. Carradine doesn't care, so why should we?

Your first statement is absolutely false. Depression is a mind and soul numbing illness. Suicide is that last resort of someone in extreme pain. It may seem selfish and cowardly to us but it has nothing to do with character flaws. I usually agree with you, Brian, but you are way off on this one. I think you should stick with what you know: Haiku.
permalink
Top
+0
-0
founder
supporter
stranglebation, in Bangkok at 73??? Are you kidding me?
permalink
Top
+0
-0
More often than not, suicide is the ultimate act of selfishness and cowardice. If people who kill themselves think so little of themselves (and others), I see no problem whatsoever with a little mockery. Mr. Carradine doesn't care, so why should we

Is it selfish in some respects? I guess I can see where one might make that argument. Your pain is over but there's a lifetime of pain for those left behind.

However Brian I disagree with you quite strongly on the cowardice part. I have suffered from depression for most of my life and while I haven't gotten to the point of wanting to actually to take my own life I can tell you that it is something that is contemplated by those who have it. The darkness that descends on somebody can be extremely overwhelming and without the right kind of support, sadly, suicide is often the result.

A great movie to watch on this subject is called The Bridge. It'll make you cry and give a broader understanding of why people choose to end their life. 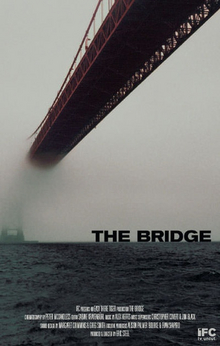 [This message has been edited by Kyle L. Varnell (6/5/2009)]
permalink
Top
+0
-0
supporter
New term I learned today on wikipedia: "Gasper" - someone who has a fetish for asphyxiation.

A word of advice - if you're the the only person in the room who is capable of remembering the safeword, you're playing with fire.

Now you get my apology. I didn't realize you were a sufferer (and I use that word intentionally) of depression.

For the record, I too have mental illness (bipolar) that wasn't properly diagnosed until about 4 years ago (I'm 43.) I have tried to commit suicide 3x in my life. The last time was just before moving back to Miles City. Since graduating high school in 1984 I've known, pretty well I might add, 28 people who have committed suicide. Maybe it is my experiences, but I'm probably a bit numb to it and laughter is the best medicine, at least for me.
permalink
Top
+0
-0
Suicide is what people do when they are in so much pain that they cannot think of anyone or anything but ending the pain.
permalink
Top
+0
-0
Also, what Wendy said.

Double ditto.
permalink
Top
+0
-0
To anyone I might have offended with my statement (Wendy, I'm looking at you). I have also suffered from Depression my whole life, as have close members of my family. Suicide is something that I have contemplated more than I care to admit.

I know what Depression is. I know what it looks like. I know what it feels like. I also know that the times I have been at my very lowest, the hatred I held for myself compelled me to suffer rather than to cop out and end up hurting others far more than myself.

I stand by my earlier statement. I hope that now you realize where I am coming from.
permalink
Top
+0
-0
supporter
Wendy definitely said it best - good job, Gal!

But Kyle and Kelly said it most honestly - that took real guts. I'm glad you are both still with us. Let's keep it that way, OK?
permalink
Top
+0
-0
supporter
Kyle posted a link to "The Bridge" and that led me to this New Yorker article (link below) which provides some amazing insights into the suicidal mind as well as our societal response (or failure to respond, actually). It tells a couple of stories that illustrate how amazingly easy MIGHT be to prevent SOME suicides, and then it describes even a "liberal" place like San Francisco is reluctant to do anything about it.

I'm going to post this link in the Suicide in Miles City thread as well.

http://www.newyorker.com/...013fa_fact
permalink
Top
+0
-0
supporter
My apologies if the Hung Fu remark offended anyone. From now on if I'm uncertain as to the suitability of a comment, I'll seek out Gunnar's advice prior to posting. That should prevent this sort of thing from happening again.

Request for milescity.com 3.0. A Gunnar proxy puppet that we can use when our worst ideas are just too good to keep to ourselves.
permalink
Top
+0
-0
supporter
Excellent article, Steve. My favorite part:

But the impact is not clean: the coroner's usual verdict, suicide caused by "multiple blunt-force injuries," euphemizes the devastation. Many people don't look down first, and so those who jump from the north end of the bridge hit the land instead of the water they saw farther out. Jumpers who hit the water do so at about seventy-five miles an hour and with a force of fifteen thousand pounds per square inch. Eighty-five per cent of them suffer broken ribs, which rip inward and tear through the spleen, the lungs, and the heart. Vertebrae snap, and the liver often ruptures. "It's as if someone took an eggbeater to the organs of the body and ground everything up," Ron Wilton, a Coast Guard officer, once observed.

Those who survive the impact usually die soon afterward. If they go straight in, they plunge so deeply into the water-which reaches a depth of three hundred and fifty feet-that they drown. (The rare survivors always hit feet first, and at a slight angle.) A number of bodies become trapped in the eddies stirred by the bridge's massive stone piers, and sometimes wash up as far away as the Farallon Islands, about thirty miles off. These corpses suffer from "severe marine depredation"-shark attacks and, particularly, the attentions of crabs, which feed on the eyeballs first, then the loose flesh of the cheeks. Already this year, two bodies have vanished entirely.

Police: Carradine death may have been accidental, is the headline.

[This message has been edited by Kyle L. Varnell (6/5/2009)]
permalink
Top
+0
-0
I sure wish they would not publish such humiliating details. Poor man---if the media would only allow him to RIP.
permalink
Top
+0
-0
founder
supporter
sponsor
>>Request for milescity.com 3.0. A Gunnar proxy puppet that we can use when our worst ideas are just too good to keep to ourselves.

Now that is one fine idea.

Maybe while we are waiting for 3.0 to come out we could just have a Gunnar emoticon. Tag that on the end of the worst we have to offer and it wouldn't really count against us.
permalink
Top
+0
-0
I sure wish they would not publish such humiliating details. Poor man---if the media would only allow him to RIP.

Again, if jokes are the worst thing that have happened to them this week, I daresay the jokes would be deserved.

Somehow I doubt their Googling "David Carradine jokes" right now or trolling our little corner of the web.
permalink
Top
+0
-0
founder
supporter
sponsor
>>We have another apparent suicide.

Oh, snap!
permalink
Top
+0
-0
supporter
Hal - That pun is sooooo bad I gagged. We (the Pun Punishers) just may have to come up to Los Anchorage for the pure pleasure of communally groaning in your general direction in person.
permalink
Top
+0
-0
supporter
Thanks for giving us more of your perspective, Brian. I can see your point about taking the "easy" path of suicide. I still disagree with its characterization as selfish or cowardly. Let's agree to disagree.

I know some people are really tied up in knots over this - - and I know I shouldn't be making puns like that, at a time like this.

I agree with those who are critical of the media's handling of Carradine's demise. But even so, I can't help but think if the public wasn't hanging on every detail, there'd be less coverage of the incident. And this certainly seems to be a story for which that old adage applies: "No noose is good news."
permalink
Top
+0
-0
supporter
Hal - you really need to drop down to Austin next year for the O'Henry Pun-Off. You'd love it - and if you entered, you might even win - and even if you didn't, Austin is a great place to hang out and it's very friendly. People there never met a strangler.
permalink
Top
+0
-0
Carradine was over there making a film when he died. I'll bet it has a huge climax.
permalink
Top
+0
-0
founder
supporter
sponsor
: -)