RedHook Beer
Kyle L. Varnell
David Schott
Darcie Black Fast
Hal Neumann
Post new topic Reply to topic
I'm a huge fan of RedHook ESB but I looking to venture outward and try other brews in the RedHook line-up. Got any recommendations? My preference is for something along the lines of a Heffeweizen but I'm open to any good RedHook brew. 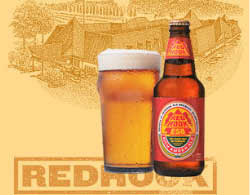 permalink
Top
+0
-0
SPONSORED
moderator
founder
Kyle, did you know that Widmer Brothers Brewing and Red Hook Brewing merged in 2007? Even prior to their merger Red Hook was brewing Widmer Hefeweizen for Widmer at their brewery in Woodinville.

Red Hook used to have a Hefeweizen that was available in stores but it disappeared. The story I heard was that Red Hook had to stop producing their Hef to get the contract to brew Widmer's Hef.

- Dave
permalink
Top
+0
-0
Last summer they did have a blond @ the Woodinville brewery & it was awesome. Who knows this about this year.
If you want to branch out...Pinkus beer is one of the best organic heffes EVER...if you can find it. Also, Avery's "The Reverand" is also fantastic & easier to find...since it's brewed in Colorado & Pinkus is an import from Germany.
Good luck!
permalink
Top
+0
-0
founder
supporter
sponsor
http://www.skotrat.com/sk...es/26.html