Zune 2K
Kyle L. Varnell
ABE
Bart Freese
MRH
Frank Hardy
David Schott
ABE
TK
ABE
Post new topic Reply to topic
I won't bother posting any links as you can just Google it and get about a million hits, but as if Vista's problems wern't bad enough now Microsoft is getting hit with 30gb Zunes dying left and right. It seems to be a problem with them not recognizing day 366 aka Leap Year but still. Couldn't they have foreseen this problem?

It's amusing to read the blogs/posts on this problem while listening to my iPod. 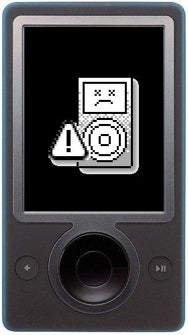 [This message has been edited by Kyle L. Varnell (edited 12/31/2008).]
permalink
Top
+0
-0
SPONSORED
I have had mine for almost two years now. I have had nothing but trouble. It keeps deleteing all of my music files, ALL of them. Thank god I had back ups. It just lists what it wants to, as it wants to. NONE of my album covers are right, some are just funny, like album of hardcore gangster rap is now christmas songs by the three tenors? I wont go on and on about the problems I'v had but nothing they do helps.

This is the only product I have ever owned hat has a mind of it's own. It does what ever it wants to. It even changes the names of songs and performers to strange, never heard of people.

I wish I had never bought it. Everything they do to help just makes it worse. New upgrade to lets you play games on it? How about one that will not delete my files?

If Find out how to get this fixed please tell us.

[This message has been edited by ABE (edited 1/1/2009).]
permalink
Top
+0
-0
founder
Saw on CNN that you are to let the battery drain down to nothing and then plug the player into your computer to charge (they stress using the computer charge method). This is to be done after 7 a.m. EST time on January 1st --- and I think standing on one leg might help, too.

Good luck. And, oh yes, Happy New Year!
permalink
Top
+0
-0
supporter
"I think standing on one leg might help, too."

Gee Bart, you make it seem as mystical as putting a worm on a fish hook.

permalink
Top
+0
-0
supporter
sponsor
Meanwhile, a Zune.net user named Dmodegirl claims to have solved the problem. She said the Zune needs a "hard reset" and suggested using a small screwdriver to pop off the plastic shielding where the Zune cable plugs in and remove the two screws on either side of the plug.

"Pop the cover off and locate the battery plug at the top left corner of the Zune. Using your screwdriver, pop the cable connection halfway off, and do this to the other plug on the right side," she wrote. "Wait three seconds, then push down the right connector and then the left battery connector. Your Zune should start up immediately. Press the backing of the Zune down (make sure headphone jack is aligned) and put the screws and cover back in place."

Some users reported success with this method, but when they plugged their Zune back in to charge, it froze again. Others were concerned with trying the hard reset for fear of turning the Zune into a fancy paperweight. Still others are hinting that Microsoft should compensate Zune users with a free Zune Pass.

Personally, I think I'd go with the paperweight plan.

Cheers!
FH
permalink
Top
+0
-0
moderator
founder
According to Microsoft taking the battery out will void your warranty. Here's the official fix:

Anyway, I was thinking maybe Milescity.com could have an electronics section where people could talk about what devices they are useing, or what games they are playing? It would be nice to hear locals opinions on such things. Does anyone else? It could be called the Nerd Herd.
permalink
Top
+0
-0
Post new topic Reply to topic
New Years Resolutions?
Ice Skating