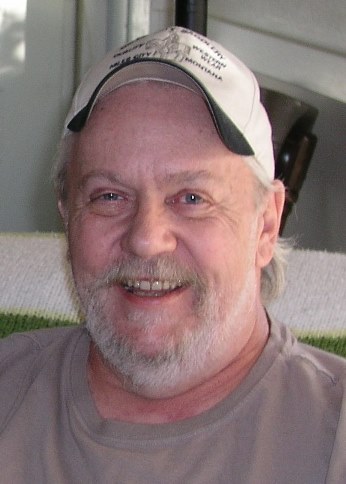 Charles Martin Trzcinski Schott, age 68, of Billings, Montana, passed away peacefully with his loving wife by his side on August 15, 2022, at Billings Clinic Hospital due to complications of COPD.

Chuck grew up and attended schools in Miles City. Soon after graduating from high school Chuck moved to Billings where he worked for the Kinney Shoe Corporation. During the 1970s, Chuck's job with Kinney's took him to Salt Lake City and then to Denver where he developed a lifelong passion for Denver Broncos football.

In the late 1970s Chuck returned to Miles City where he partnered with Robin Rhoads to operate Weather Seal Insulators. Chuck also worked for the Pine Hills School for Boys.

In the mid-1980s Chuck moved to Billings where he attended Eastern Montana College and worked as a bartender at Al's Tavern and then the Billings Elks Lodge. Chuck went on to operate his own carpentry and handyman business and he also worked in operations at KHMT/KSVI Television in Billings.

Chuck's greatest happiness came when he met and later married the love of his life, Tracy Nelson. Chuck and Tracy were together for 35 years.

Chuck enjoyed working with his hands and he could often be found working on a remodeling project around the house. He also enjoyed cooking and baking, and he often treated family with his delicious cookies. Never one to pass up a good time, Chuck will be fondly remembered for his terrific sense of humor and his huge heart.

Chuck was preceded in death by his parents. He is survived by his wife, Tracy, of Billings; his son, Jason Hungerford, of Mesa, AZ; his son, Charlie (Jessica) Schott of Terry, MT; sister, Lori Campbell of Dickinson, ND; brother, Donald E. (Julie) Schott of Colorado Springs, CO; brother, David Schott of Redmond, WA; two granddaughters, Clara and Lily Schott of Terry; and numerous nephews and nieces.

Cremation has taken place. No services are planned at this time.

permalink   ·  vote tally
Top
+2
-0
moderator
founder
Thank you, everyone, for your kind words. I am going to miss that guy. We had a lot of fun times together.

Terry -- I didn't know Jeri's memorial service was happening yesterday. It would have been her 86th birthday yesterday.

Gunnar -- Chuck used to have a small TV in his kitchen and I swear whenever I went to his house that TV was on and tuned to Fox News.
permalink   ·  vote tally
Top
+4
-0
supporter
I am sorry to learn of Chuck's passing. My condolences to David and the entire Schott family.

Some day I need to figure out what Schott's lived in the house my dad and mom bought in the Yellowstone Valley.


The other day I discovered my drivers license expired back in April. I renewed it for 8 years. It occurred to me this might be the last time I have to go to the DMV.

There were 5 Schott kids, 3 girls and 2 boys. My dad wound up in Miles City. His brother spent much of his life in Billings. The 3 girls all moved to Seattle during WWII and spent the rest of their lives there. Grandma Schott moved from Terry to Seattle in about 1950 after my Grandpa Schott passed away.

The Yellowstone Valley Schotts were not directly related to us.

People familiar with Terry may remember Bud and Bette Goplen. They owned Goplen's Bar and Cafe (I believe it was formerly known as Young's Bar and Cafe). Bette Goplen's maiden name was Schott. She grew up and spent her whole life in Terry. Bette Schott was not directly related to us.

When I was in college I stopped in at Goplen's Bar and, of course, Bette checked my ID (I looked about 15). That was when I first met Bette and learned that she was a Schott.
permalink   ·  vote tally
Top
+2
-0
supporter
sponsor
Dave,

I am so sad to see this. My condolences on the loss of your brother.