permalink   ·  vote tally
Top
+8
-0
SPONSORED
founder
supporter
There is no Republican Party. There is the KKKult of Orange *ss. tRumpbulicans. They hate democracy, the Constitution and anyone smarter than they are.
permalink   ·  vote tally
Top
+5
-0
moderator
founder
Getting Republican voters to throw a Cheney out of Congress sounds like a win to me.
permalink
Top
+0
-0
supporter
I am conflicted about Liz. I disagree with nearly everything she espouses politically. The Cheney clan has done a lot of damage to this country. It seems strange to praise her for putting the country ahead of her own personal gain. IMHO, putting country ahead of everything else and serving the people is 99% of the job. It's a sad commentary that we are giving her special recognition for doing the right thing. But then, I feel the same way about the hero worship we give fire fighters and police.

Of larger concern is that in Wyoming, a state with roughly 445,000 residents, give or take a few speed goats, 40% of the population isn't registered to vote. Only 182,142 people bothered to vote or 37% of the population. Really tired of being governed by those who are too lazy to vote. That's how we end up with this hot toxic mess of austerity-minded isolationist running things. I don't get it.

I voted for Obama because he promised me and you the same health care insurance as that given to members of congress. That didn't happen.

I hadn't owned a TV for about fifteen years and and truly had no idea who Donald Trump was until the debates when I saw him badmouth Rosie O'Donnell. He impressed me as kind of a non-pc straight shooter and I voted for him. It turns out that he's a deranged con man (not exactly a rarity among politicians). I voted for Trump once. Four years later, I voted for anyone who ran against him.

Obama and Trump both lied. I got fooled.

George W. Bush was (just barely) Mortimer Snerd to Dick Cheney's Edgar Bergen. But at least with W there wouldn't be a first lady named Tipper. Good enough for me!

The Dems made a big thing out of Trump's wife plagiarizing from a speech by Obama's wife, yet think nothing of Biden's plagiarizing in college and during his 1988 presidential run.

I wouldn't allow Dick Cheney on my property.

At this moment, however, I trust Liz Cheney.
permalink
Top
+0
-0
supporter
I'll be honest here Dick... I don't know if any of the things you've said here make me confident that I'd put you into the "well informed voter" camp.

The president isn't some sort of emperor or king who can just dole out healthcare plans at a whim, they've got to work with Congress and the Supreme Court to pass legislation - the fact that we got the ACA with useless conservadems such as Dashele, Baucus, Lieberman, Landrieu, etc, etc was a BFD.

Liz Cheney is a bog standard republican on literally EVERY other topic except for the exceptionally low bar of "doesn't support insurrections", so goodbye and good riddance.
permalink   ·  vote tally
Top
+7
-0
supporter
I disagree with Liz Cheney on every single issue. Except Trump's attempted coup and the January 6th select committee hearings.

I'm not sad she lost, but not happy either. She is a boilerplate, corporate, big oil, climate change denying, trickle down economic Republican. She is no better than her Dad.

"August 16, 2022 — The Lincoln Project releases the following statement on the primary loss of Liz Cheney:

“Tonight, the nation marks the end of the Republican Party. What remains shares the name and branding of the traditional GOP, but is in fact an authoritarian nationalist cult dedicated only to Donald Trump.

“Liz Cheney stood up to the lawless, reckless attack on our nation led by Donald Trump and millions of Americans saw leadership that transcended ideological boundaries. For standing up to Donald Trump and working to hold accountable those responsible for his violent insurrection, Liz Cheney risked and lost her political career as a Republican.

“The Wyoming GOP, supported by millions of corporate dollars from Kevin McCarthy, nominated a reality-denying conspiracy theorist who promotes the “Big Lie” and bends a knee to Donald Trump.

“Liz Cheney showed America what a dedicated public servant driven by principle is like; it’s no wonder today’s GOP hates her. She remains an essential leader of the pro-democracy forces in the United States today and we encourage her to continue to engage in the fight to save our Republic and protect our democracy.

“The way she fought this race has only increased her stature among people setting aside their partisan differences to fight for democracy. We thank her for her service, and look forward to seeing her next chapter. America needs her and more people like her.”

The Lincoln Project is a leading pro-democracy organization in the United States — dedicated to the preservation, protection, and defense of democracy.

https://lincolnproject.us...mary-loss/
permalink   ·  vote tally
Top
+4
-0
No need to profess your honesty, Bridgier, I have no reason to doubt it. But one well informed voter can easily disagree with another, even at the risk of being banished from camp. Or from Congress.
permalink
Top
+0
-0
supporter
Sorry, Dick, but I am going to have to join Bridgier here on this one.

For Trump has been a fraud, a con man, and a criminal since the 1980s. I am remorseful that leading up to the 2016 election, I used to satirically post pro-Trump posts here, because I could never take it seriously that anyone in their right mind would vote for that buffoon.. 7 years later, I am aghast on how stupid 40% of the electorate remains that still believes his lies.

I can give you a pass for now, but please, spare me the well informed voter crap. You hated Hillary. We get it.
permalink   ·  vote tally
Top
+8
-0
moderator
founder 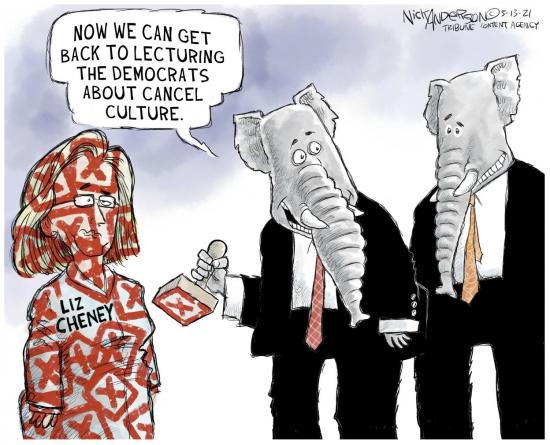 permalink   ·  vote tally
Top
+3
-0
". . . at his alma mater . . . they'd been taught to genuflect before the notion of free speech while shunning anyone who didn't agree with them."


"The Latecomer"
Jean Hanff Korelitz
permalink
Top
+0
-0
supporter
Okay fine - tell us in 10 sentences or less WHY a vote for Trump in 2016, NOT KNOWING WHAT YOU KNOW NOW, was justified over a vote for Hillary Clinton.

And then perhaps an additional 10 sentences (or less) where you discuss if, KNOWING WHAT YOU KNOW NOW, you feel compelled to revisit any of your prior beliefs regarding Hillary Clinton as a candidate.

[Edited by Bridgier (8/22/2022 2:09:40 PM)]
permalink   ·  vote tally
Top
+1
-0
supporter
I’m not shunning anyone on this issue, however I am disappointed that Dick, based upon Obama’s inability to provide the national health care system he wanted, would equate Obama with serial liar Trump by saying Obama lied. The Republicans have labeled the Affordable Care Act (Obamacare) a disaster. It’s not, but through their efforts it is perceived by many as such.

When the Obama Administration enacted the ACA, Risk Corridors were set up during the first three years to help insurance companies cope with too many new sick people coupled with too little cash from premiums. Shortly after its passage Republicans added a provision to a huge spending law to undermine a key financing mechanism in the ACA. It limited how much our government could spend to protect insurance companies’ financial losses. The result was a quiet legislative sabotage of the ACA by drastically reducing governmental assistance to insurance companies. They were expecting this assistance to cope with their new risks when they agreed to participate in the law’s new insurance marketplaces. The result was an increase in premiums that the Republicans claim is the reason, and the perception, that the ACA is a failure.

By October 2015 it became apparent the risk corridors program wouldn’t work because of Republican interference. CMS (Centers for Medicare & Medicaid Services) announced a nearly $3 billion shortfall. In the fall of 2015 the head of the co-op Health Republic of Oregon said it would close its doors after learning that it would receive only a small portion of what it had expected from the government. Thereafter, a majority of the nonprofit insurance cooperatives, created under the ACA, failed because of federal abandonment.

Did Qbama lie when he touted the advantages of the proposed new heath care law before and as enacted?
permalink   ·  vote tally
Top
+8
-0

Bridgier wrote:
Okay fine - tell us in 10 sentences or less WHY a vote for Trump in 2016, NOT KNOWING WHAT YOU KNOW NOW, was justified over a vote for Hillary Clinton.

I already did that. See the second sentence of the third paragraph of my original posting on this subject. Hillary Clinton was not involved in my reasoning.

Bridgier wrote:
And then perhaps an additional 10 sentences (or less) where you discuss if, KNOWING WHAT YOU KNOW NOW, you feel compelled to revisit any of your prior beliefs regarding Hillary Clinton as a candidate.

Hillary Clinton has done nothing since the 2016 election to give me either more or less confidence in her ability to be president. I haven't even brought up her name other than in this response to you.
permalink
Top
+0
-0
supporter
You know what Dick, you're absolutely right - I'm not sure how I got Hillary Clinton into the mix, but you certainly never mentioned her. I'm going to blame my poor reading skills, or Gunnar. It was probably gunnar.
permalink   ·  vote tally
Top
+2
-0
founder
supporter
Always blame Gunnar. It was probably too many bottles of his award-winning beer.
permalink   ·  vote tally
Top
+1
-0
supporter
I am such a douchebag.
permalink
Top
+0
-0
moderator
founder
Definitely so in 2016 when you were professing your love for The Donald.
permalink
Top
+0
-0
SPONSORED
supporter
At least I am consistent. Back in 2009, I wanted to get a job with the federal government to be on one of Obamacare's death panels.