:
permalink   ·  vote tally
Top
+3
-1
SPONSORED
The rumor was that Jimmy Hoffa's body was buried at Mar-a-Lago. Do we know if they found it?
permalink
Top
+0
-0
supporter
Sorry. I maybe understand the sentiment, but it is really sad that personal hope rises or falls based on who is running the government.

permalink
Top
+0
-0
supporter
I understand that the FBI was hoping to find confidential top secret government documents in Trump's safe, but instead only found the pee-pee tape.
permalink   ·  vote tally
Top
+1
-0
founder
supporter
They may have found some really high level super secret nuclear information? Now why would tRump want something as worthless as paper? Unless he planned to SELL it to our enemies.
permalink   ·  vote tally
Top
+1
-0
founder
supporter
Amorette, don't you mean nucular?

permalink   ·  vote tally
Top
+1
-0
founder
supporter
"So, he took classified documents, said he sent them back but didn’t, and then when asked about them moved them instead and now he wants people to believe that he “didn’t know about them” but that they were “planted” AFTER he had “declassified” them" -- copied from someone on Twitter but I missed grabbing their name. Sorry.

And his followers still worship his Orange Ass
permalink   ·  vote tally
Top
+5
-1
Just an FYI Merrick Garland has a 100% conviction rate.
permalink   ·  vote tally
Top
+2
-0
So, one side says nothing has been found, if something WAS found it would have been brought to light already, this is nothing but a big political stunt, and the world is about to come to an end (for Democrats).

The other side says it's the bombshell of the century, Trump was keeping all the nuclear secrets in the history of the world, it's the end of the Republican party as we know it, and 100% of the country will be Democrat by the 2024 election.

My guess it is in between. Trump took papers he shouldn't have, but there's nothing consequential in any of the stuff he took, even though HE thought maybe there was some really awesome stuff in there. So there will be a lot of screaming and yelling and then nothing will happen.
permalink   ·  vote tally
Top
+1
-0
supporter

The other side says it's the bombshell of the century, Trump was keeping all the nuclear secrets in the history of the world, it's the end of the Republican party as we know it, and 100% of the country will be Democrat by the 2024 election.

Literally no democrat is saying anything approaching that level of hyperbole. 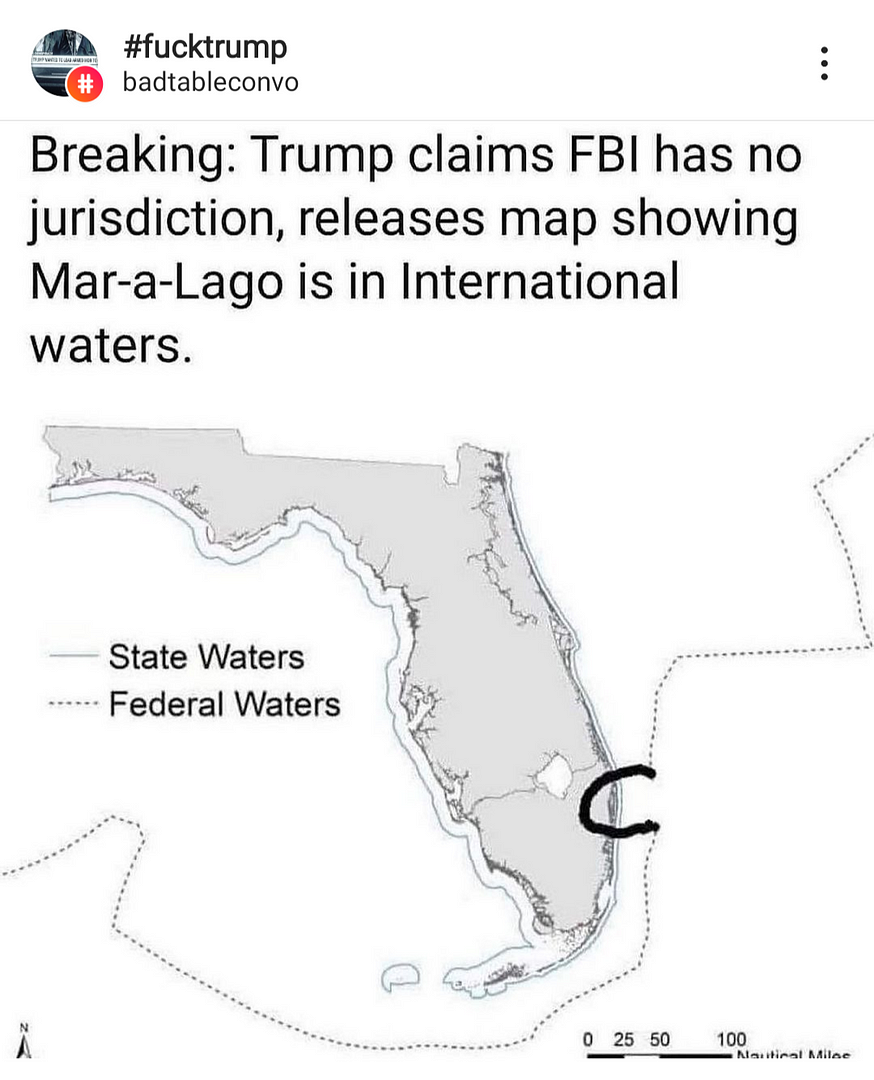 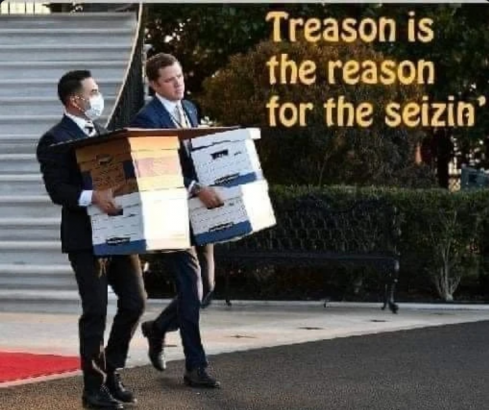 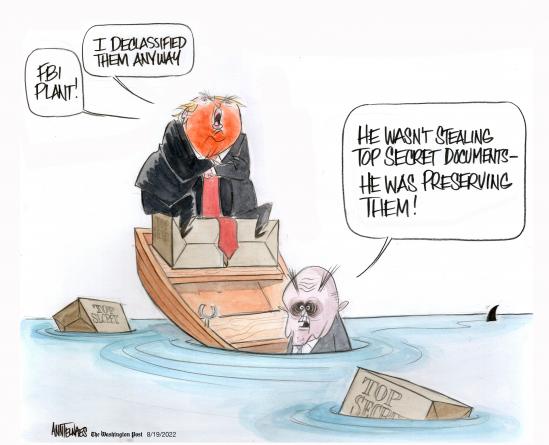 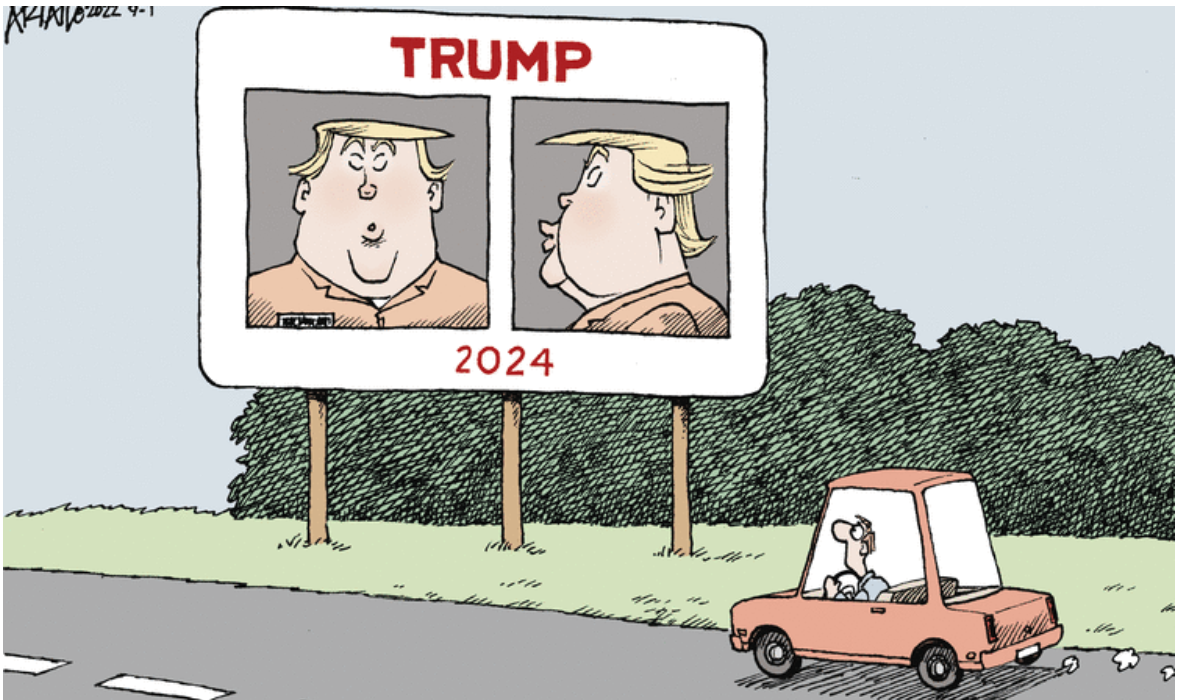 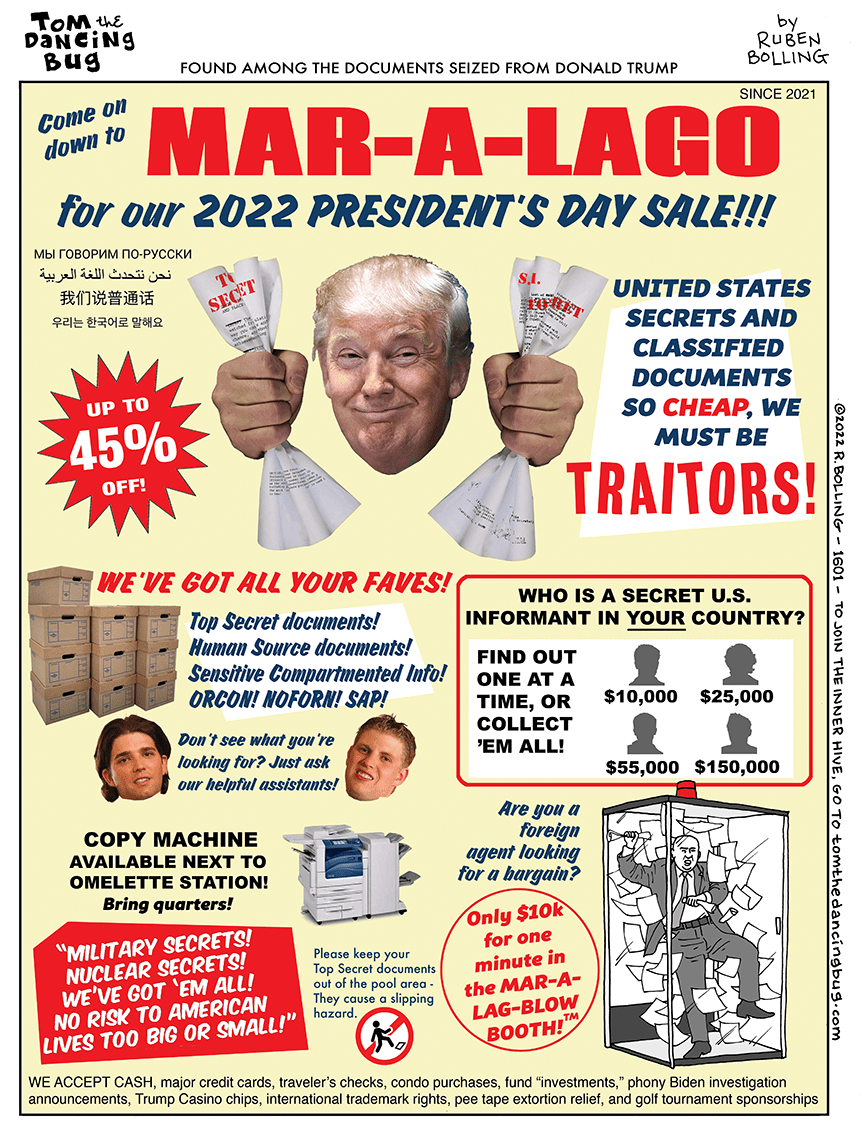 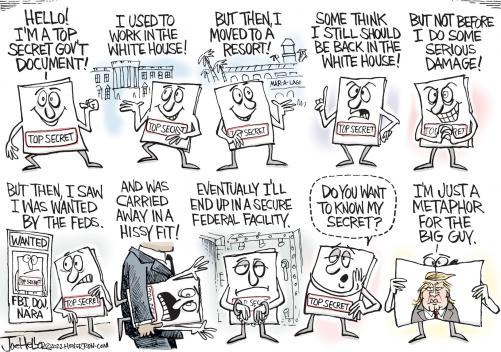 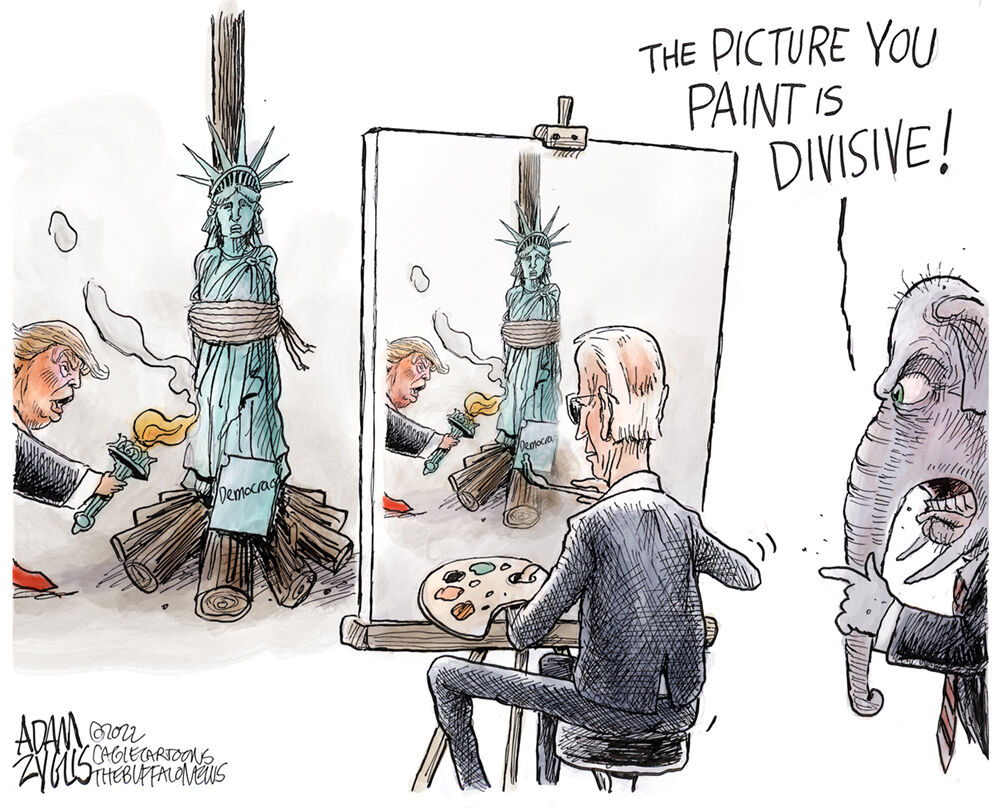 “Some hamburger menus (some with stains) seems to be
Right next to our plans for the South China sea.”
“I’ve just come across some old bills–-all still owed”
“I wonder if this is the nuclear code.”