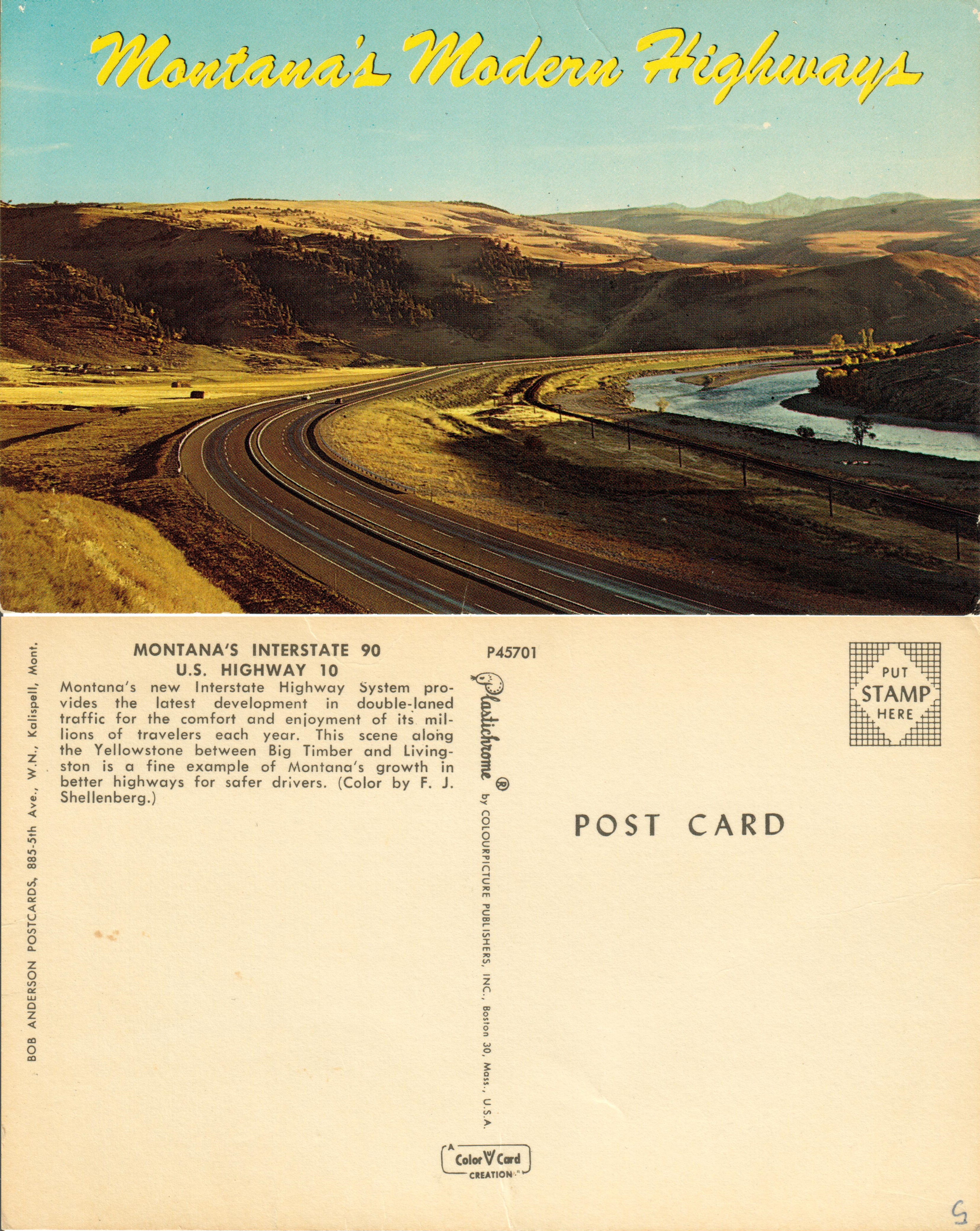 I think this is just east of Livingston near Springdale. I want to say this is very near one of the last sections of I-90 to be completed -- in 1987. I think the last section of I-90 completed was at Wallace, Idaho, in 1991.
permalink   ·  vote tally
Top
+1
-0
supporter
Your correct. Its just west of Springdale and east of the Highway 89 exit to Clyde Park. I drive to Missoula quite often and I have calculated that just beyond this curve its half way to Missoula, about 240 miles from Miles City.
permalink   ·  vote tally
Top
+1
-0
moderator
founder
In the summer and fall of 1989 I was working at the Bridger View Conoco gas station on N 7th St. in Bozeman.

That summer there was a project taking place near Springdale to blast away a rock cliff on the south side of I-90. I imagine the goal was to reduce the risk of rocks falling on the eastbound lanes of the interstate.

One of the project supervisors, Don Arthur, lived in the Bozeman/Belgrade area and he would stop in at the gas station almost every day. I got to hear about the progress they were making. On one day things got a little out of hand when a blast sent rocks tumbling across the e/b lanes of I-90 and into the concrete jersey barrier that divides the highway, pushing the barrier into the westbound lanes. I think that incident made the Billings Gazette. I had to razz Don about that.

Yes, we agree on the location. There is a large section of rock that was blasted away which, according to my dad, was an operation that cost around a million dollars. He referred to this area a million dollar hill. This could well be another area in which, like what they told me about religion, I am misinformed.

permalink
Top
+0
-0
moderator
founder
The Internet says that last section of Montana I-90 opened in May of 1987.

I can see they had to blast away quite a bit of rock on the south side just west of the Springdale exit. The Yellowstone River is very close on the north side. I imagine that was expensive.

They were back out there blasting away more rock in the summer of 1989.

I think this post card photo is taken about 3 miles west of "million dollar hill".

Here's an interesting historical document about building Montana's interstate highway system. Ten percent of the land they acquired required litigation/condemnation to obtain it.