Who is alarmed?
Hanson
David Schott
Gunnar Emilsson
Frank Hardy
TheDude
Post new topic Reply to topic
supporter
Is anyone alarmed that the Olympic games in China, bring to mind, deja vous if you will, the 1936 Olympics in Nazi Germany? Amid a national and international rising wave of fascism we have a major political party here that chooses to ignore the insurrection and attempt to overthrow our Democracy on January 6, 2021.

In that attempted coup, by the former president and his band of traitors, the insurrectionists urinated and defecated in the congressional halls of our Capital. They broke down doors, smashed windows and stole property. Five people died and more than 100 police officers were injured. Members of Congress were forced into hiding, while some seditionists sought lawmakers with a stated intent to possibly kill them. 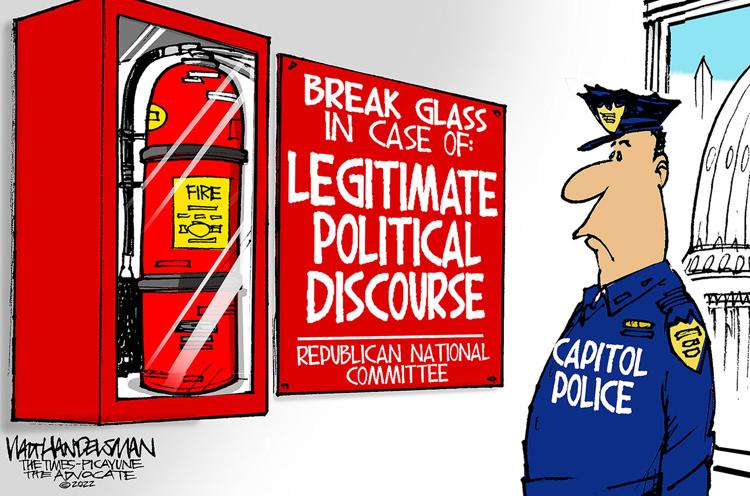 Trump's accountants severed their contract with the Trump Organization today because they are such liars.

Trump supporters, look in the mirror and ask yourself, "why am I such a freaking moron that I continue to support a New York City con man?"
permalink   ·  vote tally
Top
+8
-0
supporter
sponsor
Planning on voting for Trump in 2024? Please complete the following survey by responding which number(s) apply to you.

Trump Backers--- which numbers apply? (Most will be at least 12 numbers)

1. Un(der)educated.
2. Bible thumpers (who only use the parts of the bible they like)
3. Treasonists.
4. racist pigs
5. misogynists - 99% of trump supporters don't know what this means (or how to pronounce it).
6. White people who are afraid of Muslims because they have no idea what a Muslim is.
7. Traitors who think they are patriots.
8. Really stupid people.
9. People who have no idea what a mail-in ballot is.
10. People who think a pillow salesman is an elections expert.
11. People who want to get elected by getting the automatic votes of fools.
12. 2nd amendment idiots who believe everyone really wants their gun.
13. Morons who see themselves as saviors (but are really anarchists)
14. Throwback women who stand in the shadow of their stupid man, who probably beats them.
15. Rudy Giuliani
16. Ted (your wife's a dog) Cruz.
17. Nazi white supremacists.
18. Rapists (convicted or not).
19. Envious slobs who wish they could "grab them by the p*ssy).
20. <insert yours here>

FH
permalink   ·  vote tally
Top
+9
-0
#20. Self proclaimed supporters of the military that have no problem when their hero,DT [a man who never served a minute in the military]says of John McCain" I like people who weren't captured"
permalink   ·  vote tally
Top
+7
-0
Post new topic Reply to topic
President Putin dad's birthday is February 23rd
Looking for a house cleaner