Hospital beds
Gunnar Emilsson
David Schott
Karen L. Morris
Dick Ellingson
jacobsisland
Karen L. Morris
skyraider
Robert Martelle
Post new topic Reply to topic
supporter
A friend of mine was scheduled to go in for surgery last week. For about a year, he has been experiencing pain in one of his legs that, after a series of tests, was diagnosed as a clogging of the main artery in his leg.

Surgery to repair it, as I understand it, consists of removing a vein from another part of his bday and using it to replace the clogged artery. The operation had been scheduled for months in advance for last week, when the hospital called him and said they were going to have to postpone it because all the beds in the ICU were full. Apparently post surgery he needed to be in the ICU, because of the surgery on a major artery on his leg to make sure he doesn't bleed to death.

Why is the hospital ICU full? Because it is full of brain dead non- vaccinated Trumptards who are dying of COVID.

Don't be a brain dead Trumptard moron. Get vaccinated.
permalink   ·  vote tally
Top
+9
-2
SPONSORED
moderator
founder
Sorry to hear that, Gunnar, for more reasons than one.
permalink   ·  vote tally
Top
+2
-0
supporter
So sorry to hear about your friend, Gunnar. He's not alone in not being able to access services. The state finally updated their hospital report. This is the graphic: 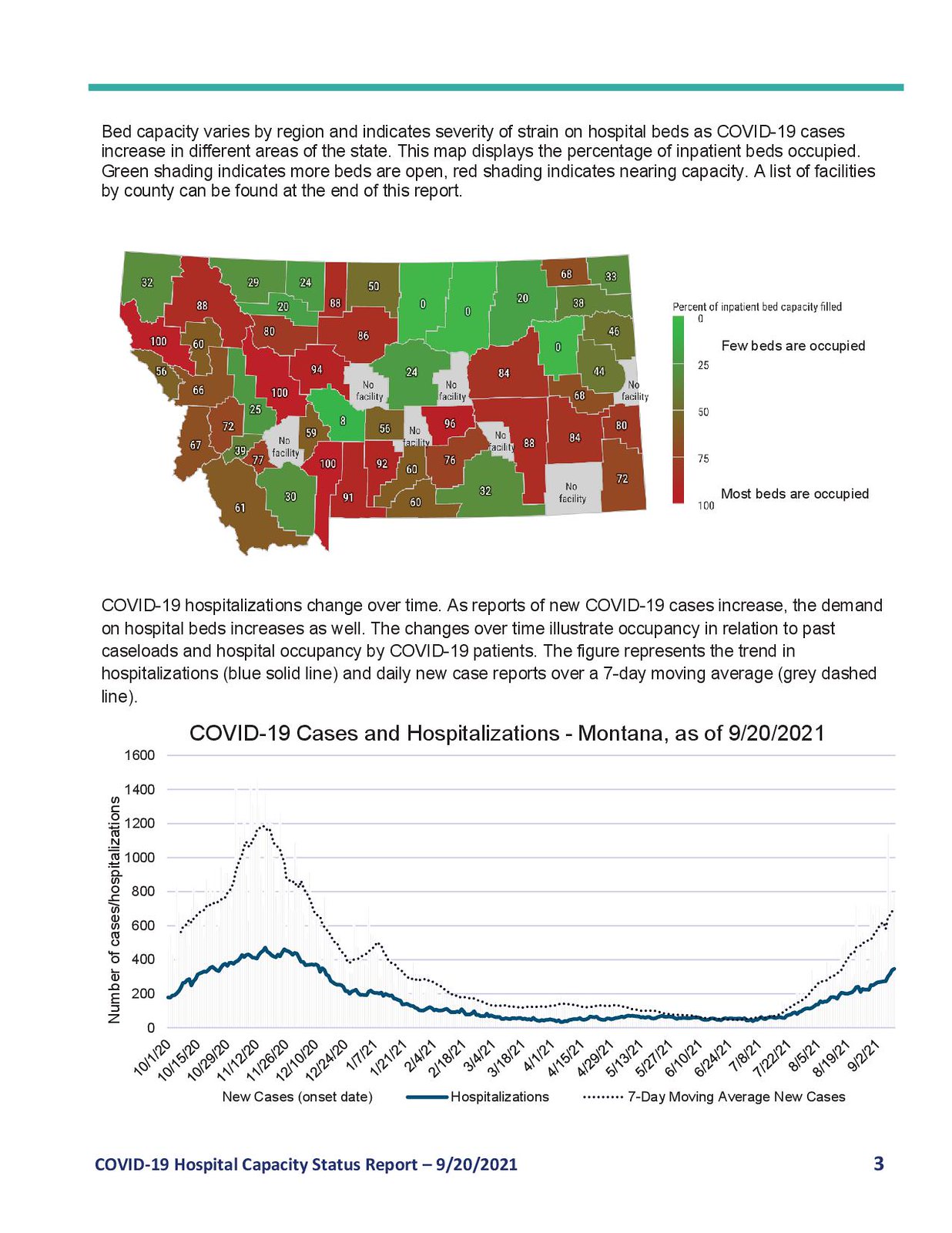 The rest of the report is well worth reading. This is the first time I've seen bright red "over capacity" for patient counts. Not good (to say the least). The report can be accessed (.pdf file) at: https://dphhs.mt.gov/publ...mographics by clicking on the Hospital Occupancy and Capacity icon.
permalink   ·  vote tally
Top
+7
-0
Billings Clinic Overrun with Covid Patients - "We are even running out of hallways where we can build makeshift rooms for patients."

For those of you who believe that being "forced" to mask, vaccinate or keep your social distance is a surrender of your human rights, read this article. Read it out loud and let the words sink in. Are you capable of doing that? Think.