I have found several glass gallon jugs (4 so far). Three are clear and one is brown (has a slightly wider mouth). Two have lids. All I know for certain is that they are over 40 years old. My best guess is that Mom may have kept them during her brief wine-making phase (she didn't like wine; however, it was one of those "good idea at the time" events). Of course, judging from the other attic contents, it may simply have been her fascination with glass containers. My guess is that the three clear ones may have been vinegar jugs or perhaps root beer. If anyone has ideas, I'd be interested to hear them.

According to Mr. Google, there is still a use for these in home brewing. Once again, I defer to those who are more expert than I am. From what I see, there is a market; however, a significant portion of the cost relates to shipping. As such, if someone would have a use and is willing to pick them up, it would thrill me. Please note that I do not anticipate a huge price (although something would be nice to help offset the cost of storing/sorting--I still have a storage area, as well). "Pick up" would require accepting them as I hand them down from the attic (yes, I will dust them off first). Note that there is an additional $25 penalty assessed if anyone makes comments regarding my talented attic entry or says it is unsafe ladder skills (I know). 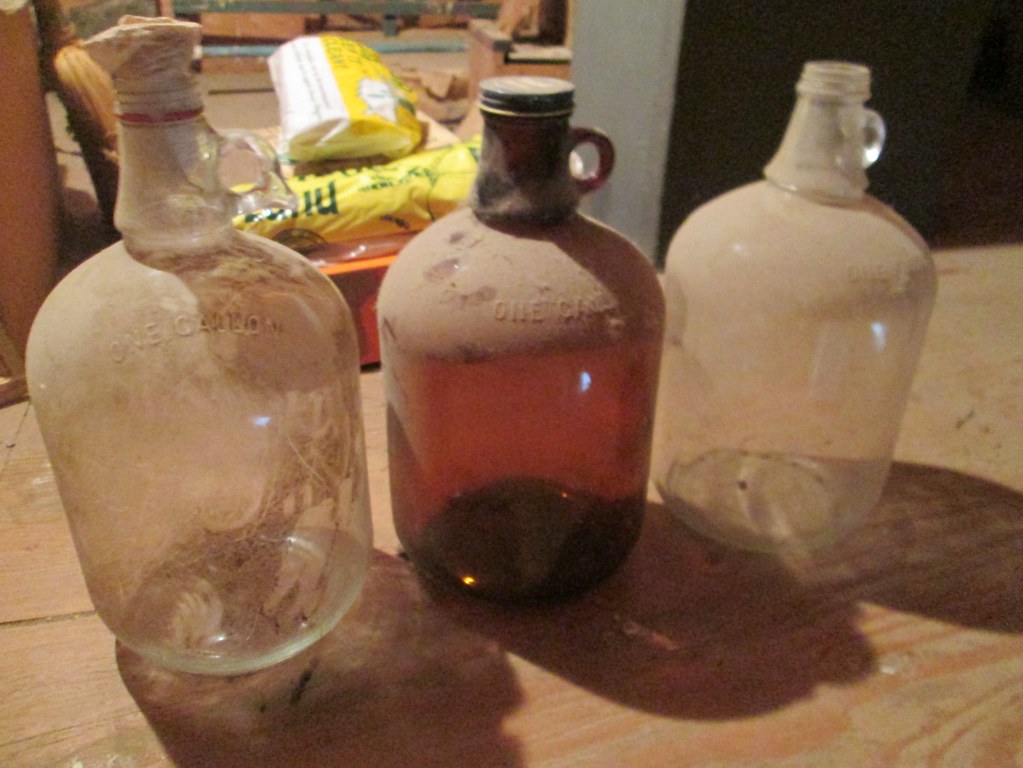 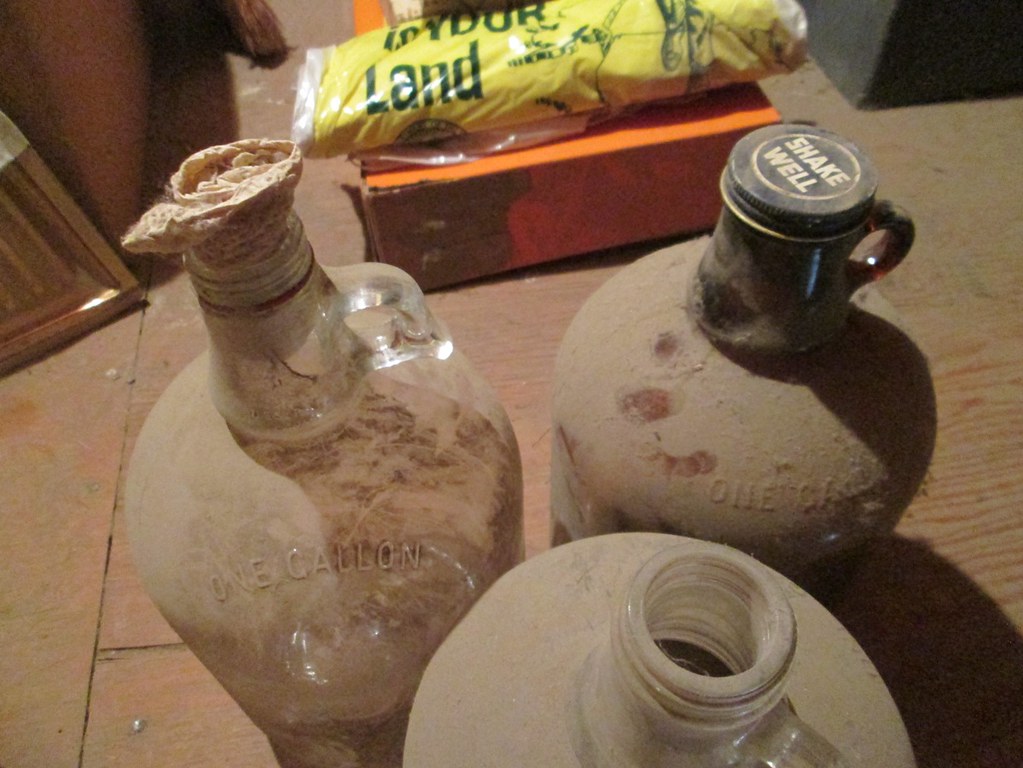 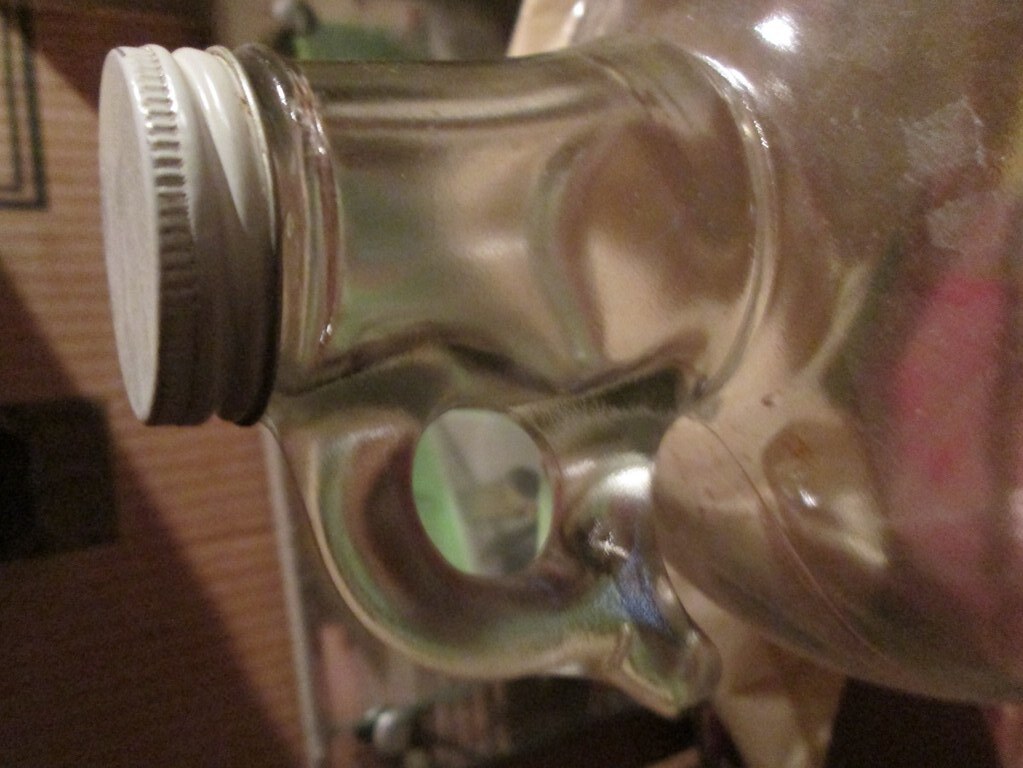 The next "treasure" is a box of goodies from 1975 (presumed from calendar in the box). I suspect they were collected to hand out at a convention and these were not used. There is a large collection of bags (Johnny Horizon--only one pictured), as well as advertising items. I did not recognize any of these as being "watch for" companies; however, someone may have a real desire for a "memory" (most of the companies are no more) and I would like to see that met without someone paying about $35 on eBay (price of a Shore's cheese knife out there now). Specifically, I have approximately 36 Shore's grooming sets (comb and nail file in holder), 27 L.P. Anderson notebooks (grid paper), 34 Tempo magnetic key holders, 71 Big Sky Pharmacy Emory boards, 38 Della's Dress Shop pens, Miles City College of Beauty samples (18 Baroque Creme Sachet, 32 Super-Lube, 6 Cleansing Cream on cards and 6 loose), 41 Shore's pens (the "bent" ones), 29 C.R. Anthony pencils, 32 John Stockhill Jeweler's pencils, 43 First Security Bank pencils, and a multitude of Sherwin Williams stir sticks. Let me know if there is something you would like for a memory and its value (note that I would like to at least re-coup shipping cost). I suspect it would make Mom happy to see someone have a "good memory lane time". 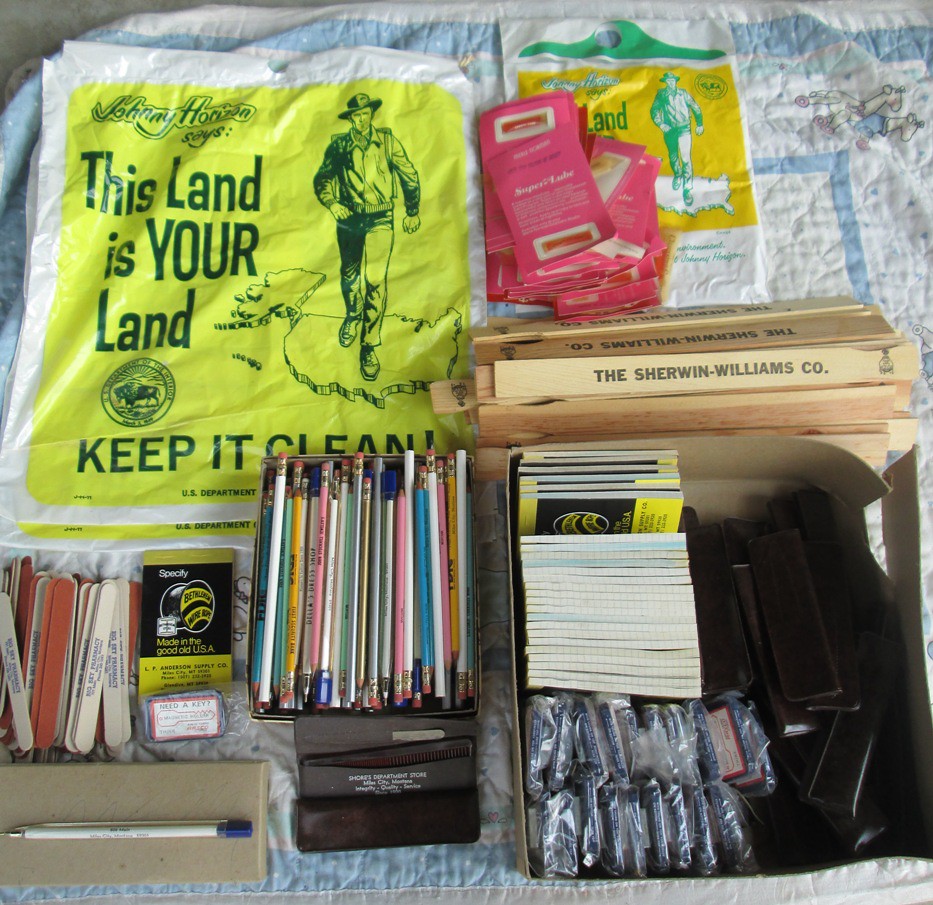 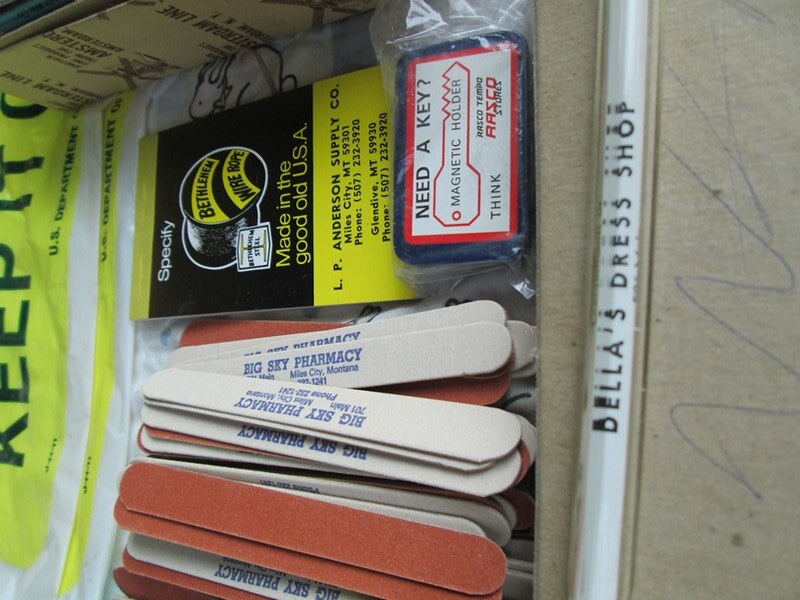 I also noted a box with things dating back to the 1960s (at least in part); however, I haven't removed it yet (a bit tricky with my great ladder skills). There may be some of the "watch for" items in that--I'll keep you posted.
permalink   ·  vote tally
Top
+2
-0
SPONSORED
moderator
founder
Looks like handouts for the Eastern Montana Fair.
permalink   ·  vote tally
Top
+3
-0
If you happen to find any vintage unused hotel guest ammenities, 1980's hair & beauty items or perfumes (non avon), I may be interested in buying as I am always looking to add to my collection.
permalink   ·  vote tally
Top
+1
-0
supporter
Noted and I will keep an eye out and let you know. What sort of hair and beauty items are you looking for? Among the things I transferred to a "later figure out" box was a bag of the metal permanent rods (these may be older than you are interested in). I've also got a large quantity of the plastic ones (although I confess I don't remember where I set them aside to--they are in the basement). I've got items from multiple estates, as well as my parents' things, so much of the "excavation" is a surprise.

[Edited by Karen L. Morris (8/8/2021 4:24:01 PM)]
permalink
Top
+0
-0
Thanks for your reply. More specifically re: hair accessories - hair ties, headbands or barettes from the 1980's. Perfumes (samples or full size) any by Dana especially the loves line of about 10 fragrances such as baby soft, sugar kiss, etc. Sometimes there are random items I never even knew I wanted until I heard about them LOL.
permalink   ·  vote tally
Top
+1
-0
supporter
Thanks so much for giving me the additional details--it helps a great deal in keeping an eye out. I still have a LARGE quantity to go through so be patient and I'll be sure to let you know if I find something.

"Those who can read, have a hard time cleaning the attic".