I got this terrific offer in my email inbox from the President!

If you donate to the President's election defense fund, it will be matched by a thousand percent!

A win-win for all!

I urge you to break out your credit cards and give as much money to the President as you can afford. Here's the link:

permalink   ·  vote tally
Top
+5
-0
supporter
Jerry Erlenbusch,I highly recommend you take out a second mortgage on you house and mail that check to President Trump. The future of America depends on it! Do you want this country in the hands of pedophiles?
permalink
Top
+0
-0
moderator
founder 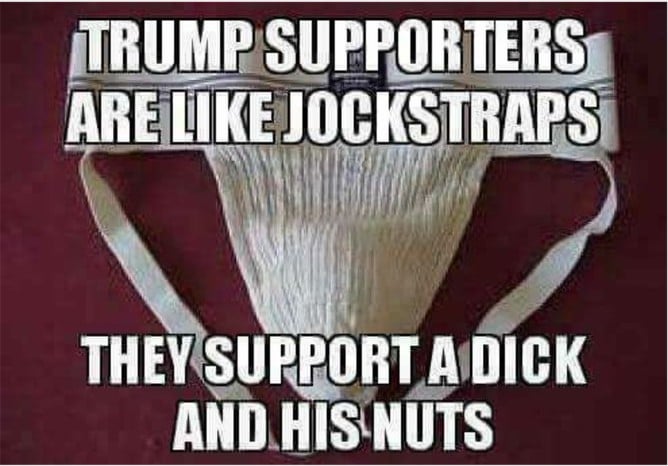 "The Trump campaign has been bombarding supporters with fundraising emails and texts, directing them to an “Official Election Defense Fund” that supposedly finances the campaign’s lawsuits and recount demands. But the fine print tells a very different story.

Save America, Trump’s new PAC that was set up on Monday, gets 60 percent of the money, and the Republican National Committee gets the other 40 percent. Donations only start going to the “Election Defense Fund” once Save America reaches the legal contribution limit of $5,000 — meaning a supporter would have to donate over $8,000 before any money goes to the actual election defense fund."
permalink   ·  vote tally
Top
+1
-0
supporter
Fake news, Steve.All Trump supporters who read this need to send every extra penny in their bank accounts to help the President fight the Demoncrats.

C'mon, people! Help the President fight election fraud! I have already sent him a lot of dough...and in return, I received MAGA hat with gold wings added on to it! It's enough to give one a stiffie!
permalink   ·  vote tally
Top
+4
-0
Ya. I posted this to show just how much fake news is pushed by the lamestream libtard media outlets.

Gunnar Emilsson wrote:
Jerry Erlenbusch,I highly recommend you take out a second mortgage on you house and mail that check to President Trump. The future of America depends on it! Do you want this country in the hands of pedophiles?

The Democrats are trying to STEAL this Election and the Fake News can’t be bothered to report on it. It’s madness. The Left knows the American People want FOUR MORE YEARS of President Trump, and they just can’t handle it.

We’re emailing you now with a very urgent request. We need YOU to step up and publicly stand with your President. With your help, we’ll send a RESOUNDING message to the Liberal MOB that REAL Patriots support President Trump 100%.

President Trump needs you right now, Gunnar. We’re going to send him a list of EVERY supporter who adds their name in the NEXT HOUR.

Send your money to the president right now, otherwise the radical left wins.

The fate of our nation is in your hands.
permalink   ·  vote tally
Top
+3
-0
moderator
founder

Every day my email inbox gets several emails from the Trump Crime Organization, seeking money to overturn the election results.

Until the Trump Crime Organization stops sending these emails, I will work on their behalf tirelessly, to help stop Antifa, BLM, and the Radical Left.