Hotel Olive Cafe
David Schott
Amorette Allison
David Schott
Becky Gergen
Amorette Allison
Post new topic Reply to topic
moderator
founder
Here is an old post card (mailed in 1911) that shows the Hotel Olive Cafe. Looks like a pretty nice place with the linen tablecloths and napkins (not that paper napkins were an option in 1911). I'm not sure about the orientation. Is N 5th Street to the left of the photo?

Thanks to Gary Coffrin for sending me this photo. 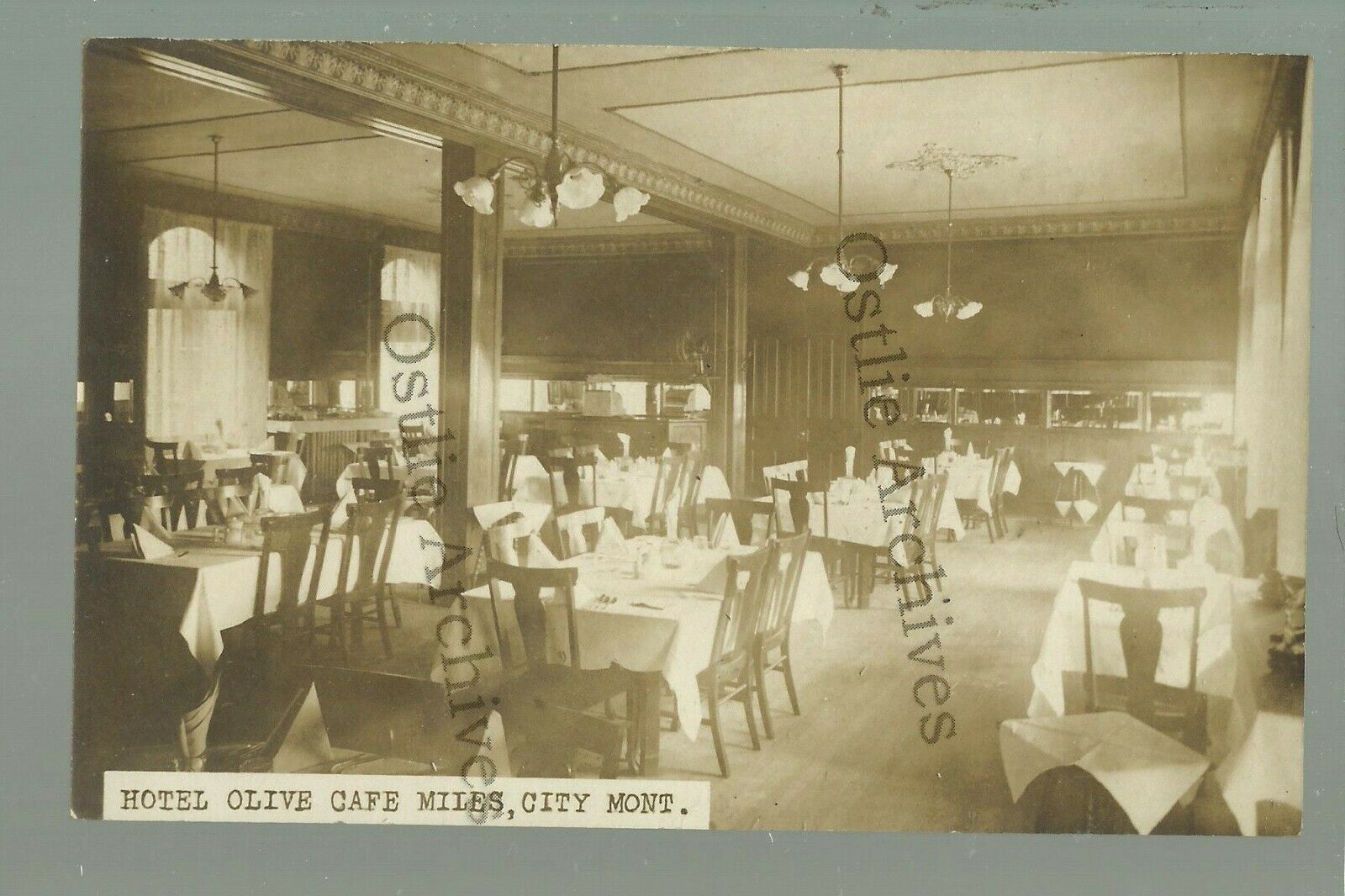 [Click the photo to open the IMGUR site, then click the photo on IMGUR for a larger view.]
permalink   ·  vote tally
Top
+6
-0
SPONSORED
founder
supporter
Now there is a nasty dropped ceiling. If I were rich, I would wander around paying people to restore original ceilings.
permalink   ·  vote tally
Top
+1
-0
moderator
founder
If I were rich I would buy the Olive Hotel and make it the nicest place to stay in eastern Montana.

permalink   ·  vote tally
Top
+5
-0
supporter
I agree with you Amorette, the old ceilings were way more interesting and appealing.
permalink   ·  vote tally
Top
+3
-0
founder
supporter
People thought dropped ceilings would save energy because the heat wouldn't rise beyond the dropped ceiling. They were wrong. They are also used to cover up new HVAC and wiring, so they do have a real function. When the con man I was being amused by yesterday was trying to convince me I had won $850,000 from Publisher's Clearing House, I did indulge in some day dreaming about giving various building owners money to restore their buildings. Sadly, it was a just a con, but it provided entertainment on a dull day.
permalink   ·  vote tally
Top
+3
-0
Post new topic Reply to topic
Agree or disagree
Coronavirus