Sign seen in this old postcard of the Miles City Opera House. This photo was sent to me by Gary Coffrin. Gary said the postcard was mailed in 1906. 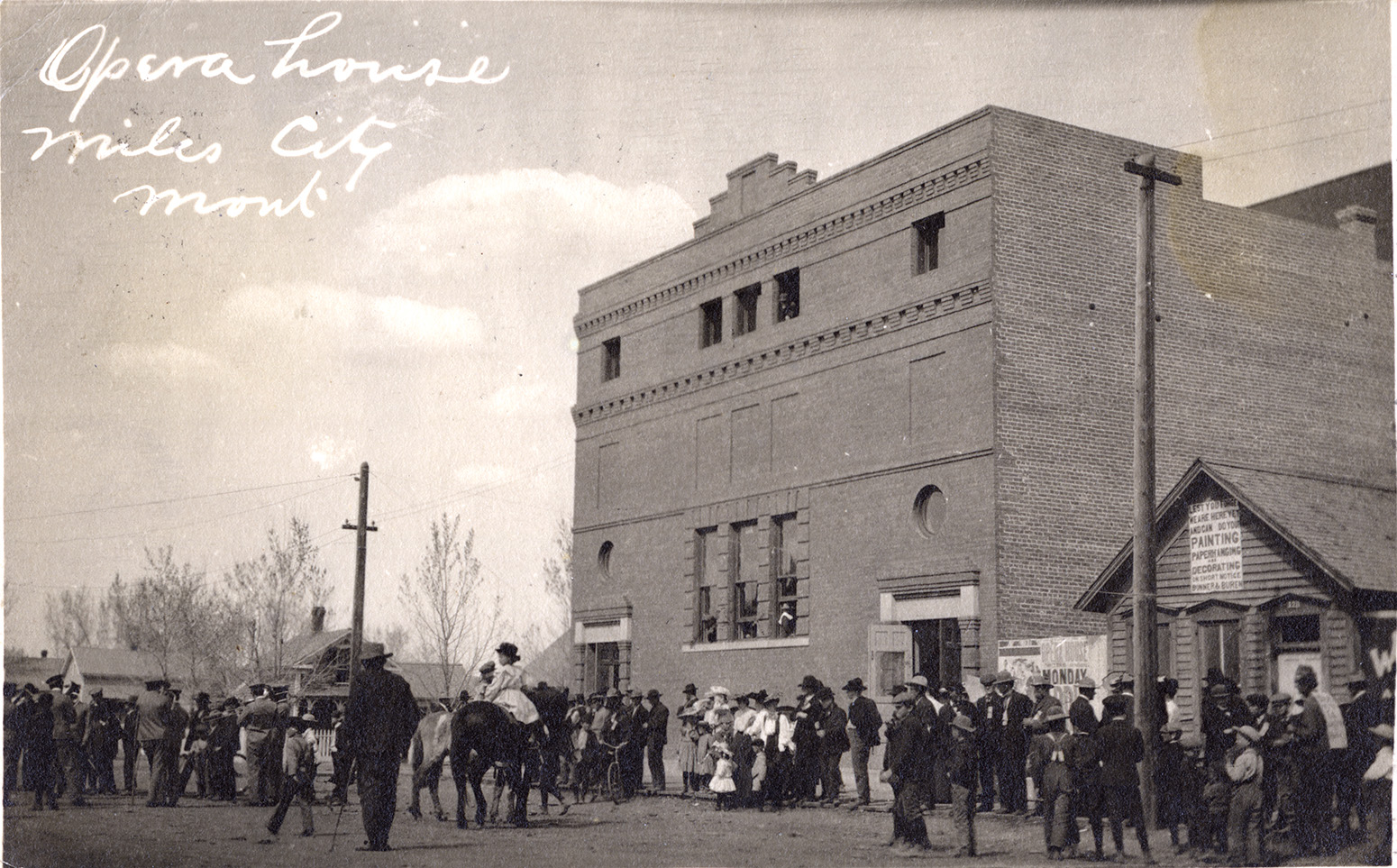 In this post card picture you can see a dark rectangle a little left of center. That is the fly tower and grid on the Opera House building. 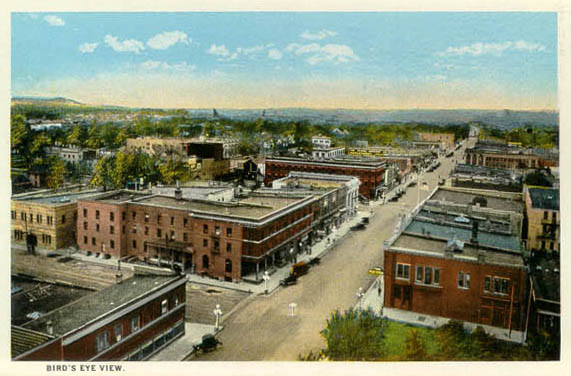 This post card that was mailed in 1915 shows a really good view of the Opera House fly tower and grid. Also, the little white house that is on the corner in the center of the picture is where the United States Post Office is today. 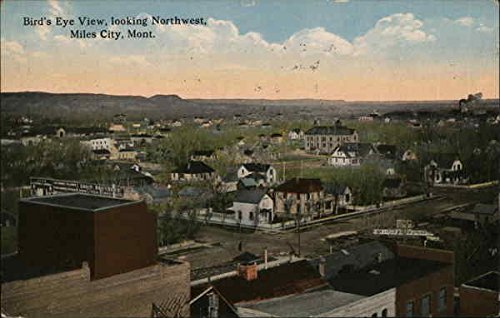 This post card which was listed as circa 1930-1945 shows that the Opera House is no longer standing but it appears the foundation remains and there is a brick building still standing at the back of the Opera House lot. 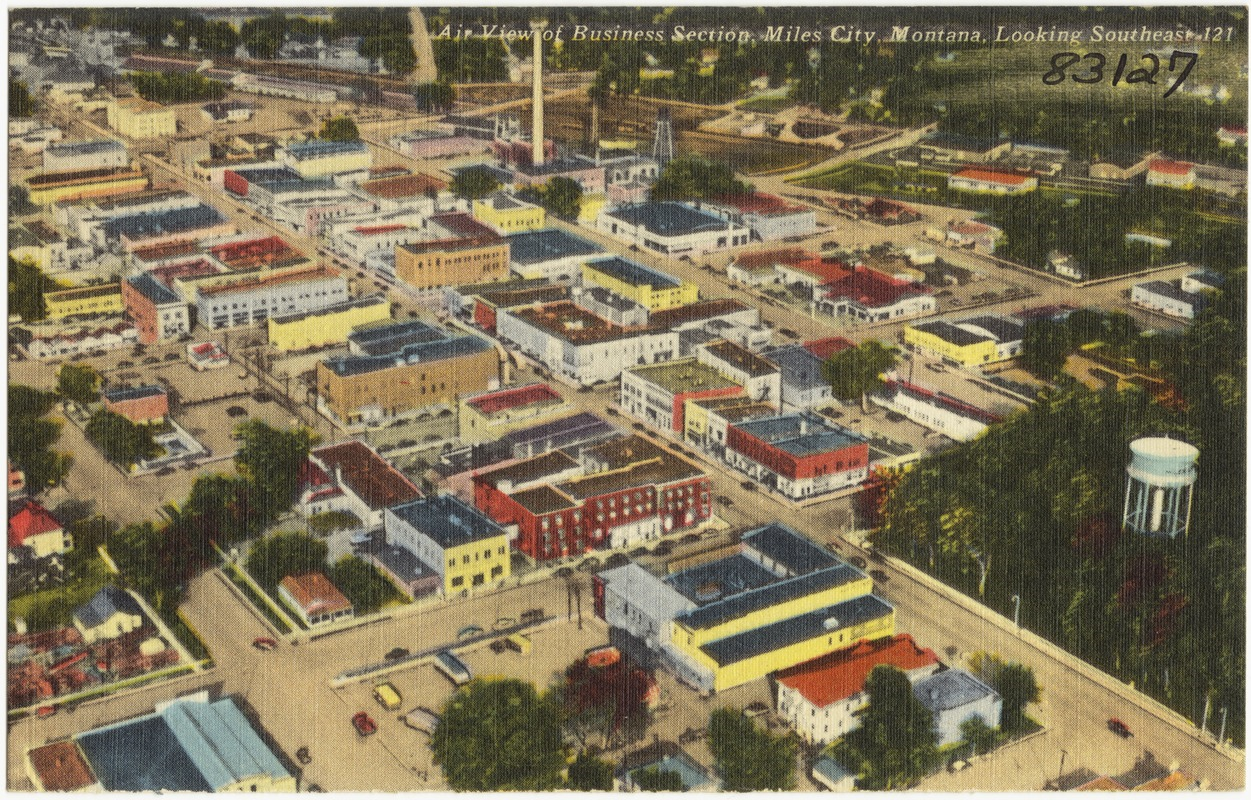 Lastly, here is a generic drawing of a theater showing the fly tower and grid. 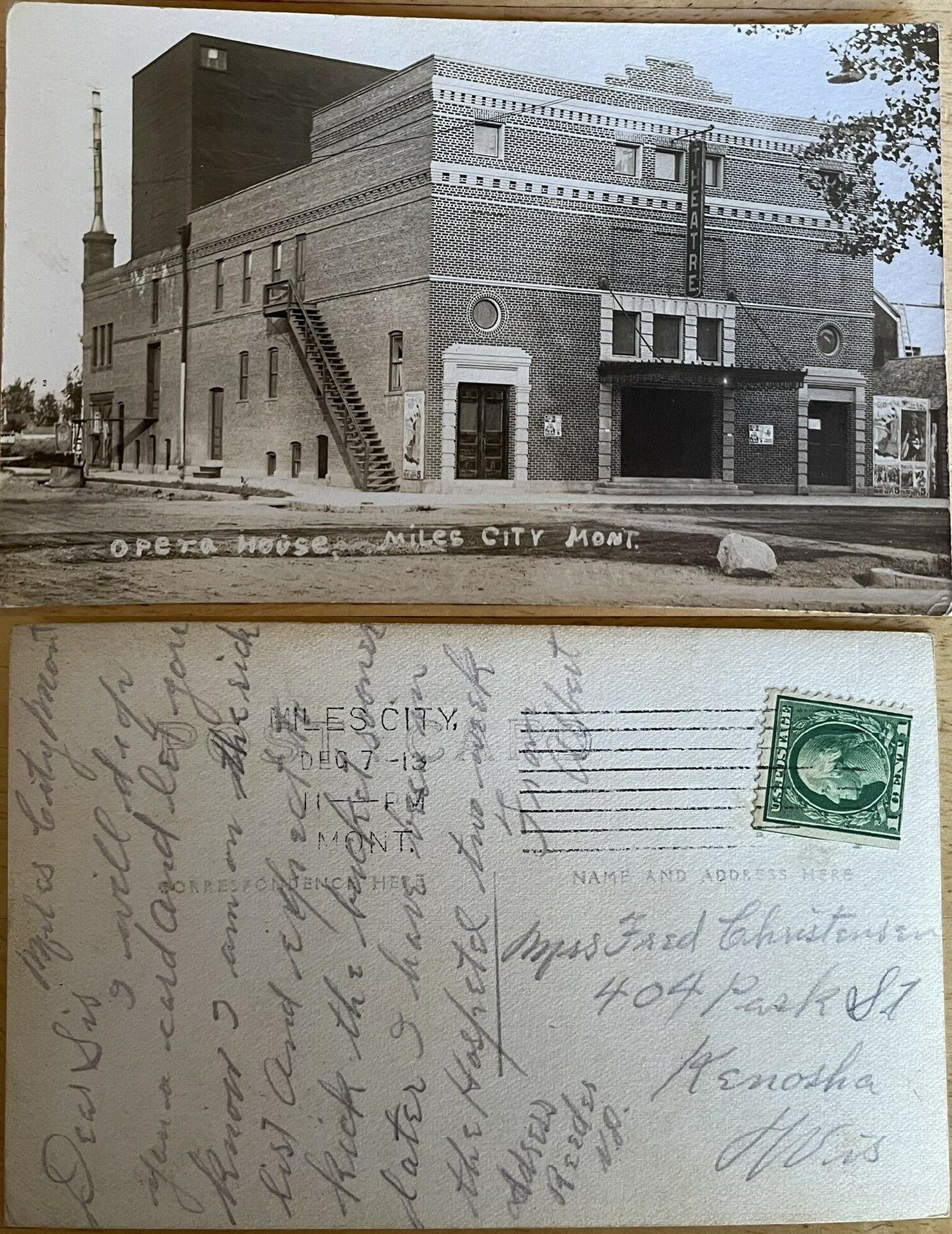 It's amazing that burned-out, caved-in heap of rubble less than one block off of Main St. sat around for multiple decades, but we are talking about Miles City.