permalink   ·  vote tally
Top
+2
-0
SPONSORED
supporter
Come on now. You liberal snowflakes can't take a joke. Trump was just kidding when he was encouraging violence against our free press and attacking reporters.

And all those mail bombs are a liberal plot by Geroge Soros to make Trump look bad before the midterms. Breitbart the Daily Stormer say so. They are the only accurate and unbiased reporting in the country.
permalink   ·  vote tally
Top
+4
-0
supporter
Shocker, turns out the MAGAbomber's one of snowy's (and oddy's) fellow travelers. Cancer's too good for all of them. They can't FOAD fast enough.
permalink
Top
+0
-0
supporter 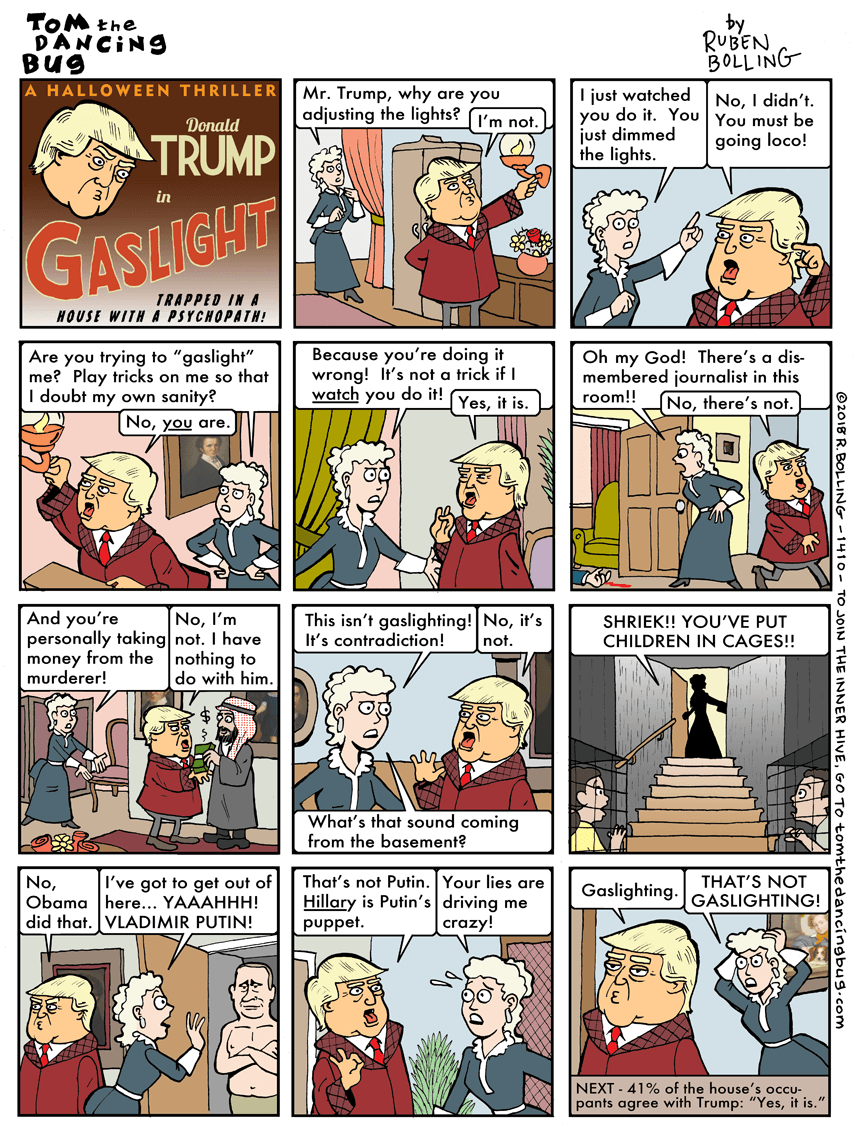 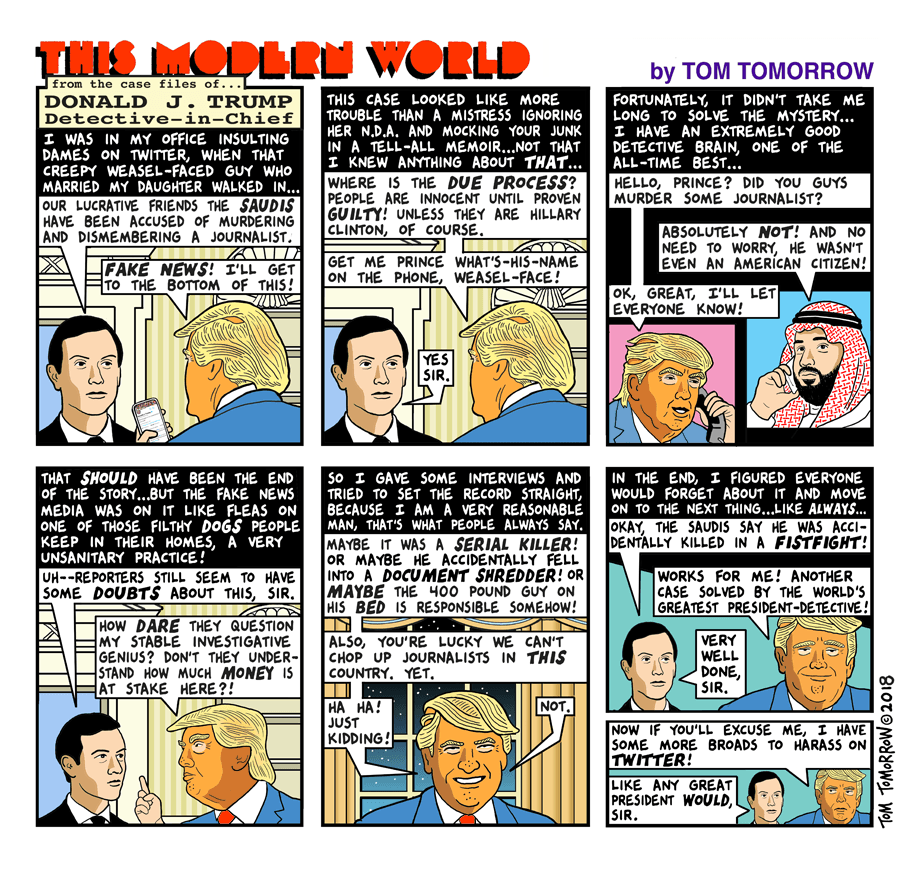 Bridgier wrote:
Shocker, turns out the MAGAbomber's one of snowy's (and oddy's) fellow travelers. Cancer's too good for all of them. They can't FOAD fast enough.

What a hateful little troll you've turned into. It always makes my day to see one of Milescity.com's self-anointed paragons of virtue in a slobbering rage, yearning for agony and death to those who disagree with him.

I have nothing in common with this fellow any more than you do with the fellow who shot up Steve Scalise. Although, after reading your little rant here, I have to wonder....
permalink
Top
+0
-0
supporter
The problem is, that once you get past that particular shooting, there's... not much in the way of left-on-right violence.

Two days after someone shoots up a synagogue, Trump and the republican party are already back to talking about 'Soros' (hey, I'm pretty sure I've heard you mention him), and 'Globalists', etc etc.

Bridgier wrote:
The problem is, that once you get past that particular shooting, there's... not much in the way of left-on-right violence.

Are you seriously that ignorant?

I guess you must be. You wrote that... That's what hate does for you, Bridgier. It makes you stupid and irrelevant.

The body count is pretty easy to calculate, but it doesn't look good on your side.

I mean, how far back do you want to go? The last truly active left-wing terrorist group in the united states is who? The weather underground? ELF?

Doesn't matter, because Timothy McVeigh alone has claimed more lives than either of those groups.

I suppose there's a shooting here or their that you'll pin on BLM or something stupid, but when it comes to really racking up the bodies, right-wing nutters can't be beat.

The president is out there, right now, doubling down on the rhetoric that brought us last week's body bags. And this is the important part - THIS IS THE MAINSTREAM OF YOUR PARTY. So, just because you're not postmarking the bombs yourself doesn't mean you're not part of the problem.
permalink   ·  vote tally
Top
+3
-1
supporter
Bridgier, the Oddster reads all those far right conspiracy websites (the kind that makes Fox News look like the Washington Post) and believes their hooey. Hence, his "are you serious?" wringing of hands is equated by his belief that George Soros-funded antifa groups are slaughtering innocent white people on any given Saturday protest march.

I really don't what to make of it. Oddy can at least write legibly, as opposed to Snowy, I suppose. But so can Cactus Plains. Are there Chemtrails over the skies of Nevada? As vitriolic as he is, I at least can give him somewhat of a pass as he appreciates Todd Rundgren.
permalink   ·  vote tally
Top
+1
-1
supporter
https://www.politifact.co...behind-it/

Since September 12th, 2001, 74% of domestic attacks by violent extremists have come from far-right extremist groups.

• 106 individuals were killed by far-right violent extremists in 62 separate incidents;

• The number of people killed in a given year ranged from one to 49."

Until the Orlando nightclub shooting, "the number of deaths caused by far-right-wing attacks outnumbered those caused by jihadism-related attacks," Ford said.
permalink
Top
+0
-0
First of all, none of you Leftists get to run away from the fact that the greatest mass killings in the history of the planet were carried out by Leftists. Your pals Stalin and Mao with a few dozen million more from second stringers.

Secondly, it's no secret that the Left loves to protect it's deviants by just ignoring the fact that they are Leftists. Any shooter that is found with more than one gun, a bible or Confederate flag is flaunted in the headlines for weeks as a "Right-wing nutjob" and goes down on the scorecard as such.

Any shooting carried out by a registered Democrat or identifiable socialist is categorized as having been done by a "disturbed individual" who is never referred to again in any political context. They go down on the scorecard as "undecided" or "no motive determined". That's why you think you can claim you have no context, Bridgier. But that's bullsh*t and you know it. For a perfect example of this, check out all the flips and twists gone through on Wikipedia to NOT call Gavrilo Princip a Communist or the Virginia Tech shooter an anti-Capitalist. They are such poor, abused, mentally deficient individuals that it make you want to weep for them.

I just love being psychoanalyzed by the Brewmeister. Gunnar, old pal... Perhaps you can provide me some links to the fascist websites you are so sure I am a regular visitor to. I'll trade you for the ones I am a regular visitor to; The New York Times, The Washington Post, Politico, CNN, MSN, MSNBC, One America News and yes, Drudge, Fox News, Daily Caller and milescity.com. To further confirm your suspicions, I do listen to Rush, Wilcow and Levin occasionally when I'm not listening to "Deep Tracks" on long road trips.

Fun fact: I was working in Mexico in the early '90's when I first heard Rush Limbaugh on Tucson radio. After listening to him a few times as he brutalized Bill and Hillary Clinton, I quit listening. My thoughts at the time were; "Jesus, they can't be that bad, can they?"

Oh, I thought we were talking about violence in US Politics - please proceed... 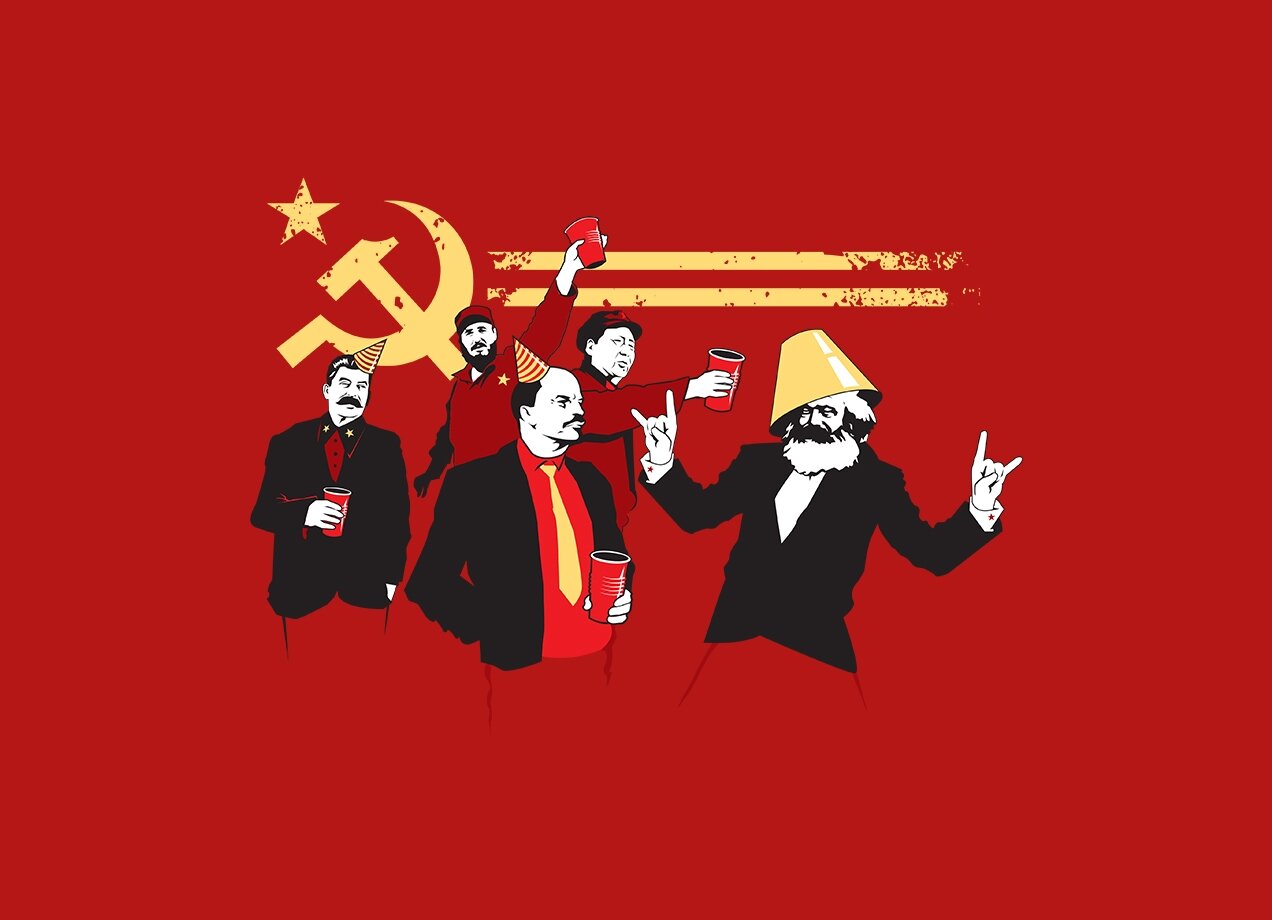 I think he's onto us, fellow travellers.....
permalink   ·  vote tally
Top
+1
-0
Since you boys claim the ficticious "moral superiority" of the Left, you get the baggage claim as well. U.S. politics Bridgier? Look up John Wilkes Booth, Lee Harvey Oswald, etc. The Left has a rich history of Presidential assassination..
permalink
Top
+0
-0
supporter
John Wilkes Booth????? Are you off your meds again

Gunnar Emilsson wrote:
John Wilkes Booth????? Are you off your meds again

That's right, Gunnar The Southern Democrat who killed the Republican President that freed the slaves. Did you forget that or didn't they teach history at Custer?

You boys are so predictable. When you can't defend your beliefs, you always turn the thread into incomprehensible babble like you did to this one.

You claim to be a Progressive/Leftist/Socialist/Marxist/Democrat, by God, defend it.
permalink
Top
+0
-0
The Southern Democrats are what became the Republican party. Southern Democrats are certainly not left leaning. You might want to do some research.
permalink   ·  vote tally
Top
+1
-0
supporter
Research involves learning, and Oddy's refused to do that since a dirty hippie professor in Missoula embarrassed him in a lecture one day.

I can absolutely believe that Oddy thinks the reactionary conservatives defending their wage theft and and treason were the equivalent of the modern democratic party. Every accusation is a confession with this bunch.
permalink   ·  vote tally
Top
+3
-0

If you had ever done any research, you would know that claim is the biggest pile of BS propaganda that the Left ever promoted to cover the Democrat roots in slavery, the KKK and Jim Crow. A place they never left except for the few who went with Wallace and the AIP. If you associate with the Democrats, you own the legacy.
permalink
Top
+0
-0
moderator
founder
If some anonymous crank on the Internet says it, then it must be true.
permalink
Top
+0
-0
HaHa! A Wikipedia Master pointing fingers..

How about this: Since all you gents claim to be such fountains of historical knowledge, tell me.....
What self-respecting Son of the Confederacy would ever be caught dead, wearing the label, "Republican"?

My take is, they would have more likely embraced the teachings of the Latter Day Saints before that ever happened.

Hell, even Bill and Hillary's favorite Exalted CyKKKlops, Robert Byrd said the biggest "political mistake" he ever made was the KKKlan....

It wasn't being a Jim Crow Democrat.

Now I know that Bridgier is significantly deficient or lying by claiming he can't find any Left-wing violence for a point of reference, but even you guys aren't that gullible; are you?

If so, there's not much hope for any of you.
permalink
Top
+0
-0
SPONSORED
supporter
I have been scratching my head trying to see what your point is, Oddy, but I sure can't see it.

The debate in this thread was violence from left/liberal/progressive/whatever versus right/conservative. Not Democrat vs. Republican.

The point Steve made, was that each political party once housed both left and right views. If you want to keep slinging mud at the Democrats, heck, Andrew Jackson ordered the extermination of native Americans. Teddy Roosevelt was a progressive Republican. There are still a few progressive Republicans lingering in New Englan, bu they are a dying breed.

Let's take your pal John Wilkes Booth. He wanted to preserve the southern way of life, which meant slavery. The very definition of being conservative.

Lee Harvey Oswald was a Marxist. Marxism is one school of thought of change, which I suppose could be one of the many forms of the left. Like Neo-Nazis are part of the right. But then, JFK would then have to be a conservative Democrat to make your point. I don't think so.

If you are going to cite historic left on right presidential assassinations, I think you would be best served to go with Leon Czolgosz.
permalink   ·  vote tally
Top
+1
-0
Post new topic Reply to topic
THE MUSIC MAN Nov 29/30 & Dec 1/2
100 years for the "Hotel Olive."