Trump Revokes Security Clearances
Mary Catherine Dunphy
tom regan
Mary Catherine Dunphy
tom regan
Gunnar Emilsson
wanderingman55
Gunnar Emilsson
tom regan
jerry nelson
David Schott
Post new topic Reply to topic
Richard Nixon had his enemies list and today Trump, once again, is showing the world (especially his friend and supporter, Vladimir Putin) how mean and vindictive he can be. Trump has revoked the security clearance of John Brennan, former head of the CIA who, heretofore, has served the U.S.A. creditably. Unlike Trump, Brennan has never had to hire a lawyer to defend himself against collusion with the Russians.

Under the comments section of the article, redsoxshel wrote:

"Again, I am compelled to point out the similarities between Trump’s actions and 1930s Germany. Taking punitive action against Americans because they speak out against the leader? What’s next? With the Republican take over of our courts, how long is it going to be before it is illegal to criticize the President based on so-called national security reasons??? The loss of freedom and the ramp up of fascism can be slow. It took Germany over ten years between the election of Hitler and the beginning of the final solution. We must never forget and be ever vigilant."

permalink
Top
+0
-0
SPONSORED
supporter
"The only questions that remain are whether the collusion that took place constituted criminally liable conspiracy, whether obstruction of justice occurred to cover up any collusion or conspiracy, and how many members of “Trump Incorporated” attempted to defraud the government by laundering and concealing the movement of money into their pockets."

Former CIA director John Brennan, whose security clearance you revoked on Wednesday, is one of the finest public servants I have ever known. Few Americans have done more to protect this country than John. He is a man of unparalleled integrity, whose honesty and character have never been in question, except by those who don’t know him.

Therefore, I would consider it an honor if you would revoke my security clearance as well, so I can add my name to the list of men and women who have spoken up against your presidency.

Like most Americans, I had hoped that when you became president, you would rise to the occasion and become the leader this great nation needs.

A good leader tries to embody the best qualities of his or her organization. A good leader sets the example for others to follow. A good leader always puts the welfare of others before himself or herself.

Your leadership, however, has shown little of these qualities. Through your actions, you have embarrassed us in the eyes of our children, humiliated us on the world stage and, worst of all, divided us as a nation.

If you think for a moment that your McCarthy-era tactics will suppress the voices of criticism, you are sadly mistaken. The criticism will continue until you become the leader we prayed you would be."
permalink   ·  vote tally
Top
+1
-0
supporter
MAGA
permalink
Top
+0
-0
supporter
Tin Horn SOB.

wanderingman55 wrote:
We've been losing freedoms a long time. Way before Trump. Obama could not be critized for fear of one being labeled racist. Not arguimg, but making factual ppints.

Not arguing either, but I totally disagree. Search my posts here over the last several years and you will find many areas where I personally disagreed with Obama. Examples: Stupid Keystone XL pipeline decision, not going far enough on the 2009 recovery program, half arsed Obama care insurance, etc. I don't recall anyone ever calling me a racist because I disagreed with him, here, or in conversation.
permalink
Top
+0
-0
supporter
I'm honestly very curious. What freedoms did Obama take away?
permalink   ·  vote tally
Top
+3
-0
Wake up America?
Rest assured that we are very much awake!
😉
permalink
Top
+0
-0
SPONSORED
moderator
founder 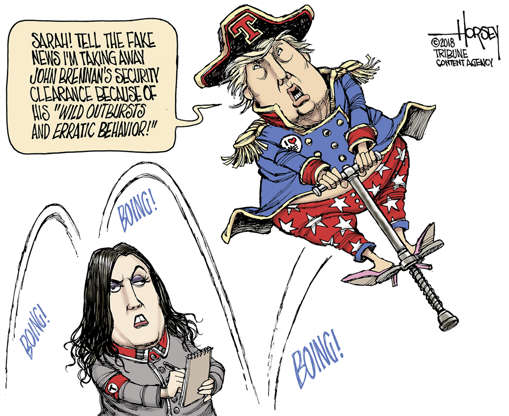