Why just hula, when you can Hot Dog?
facebook.com
History & Genealogy 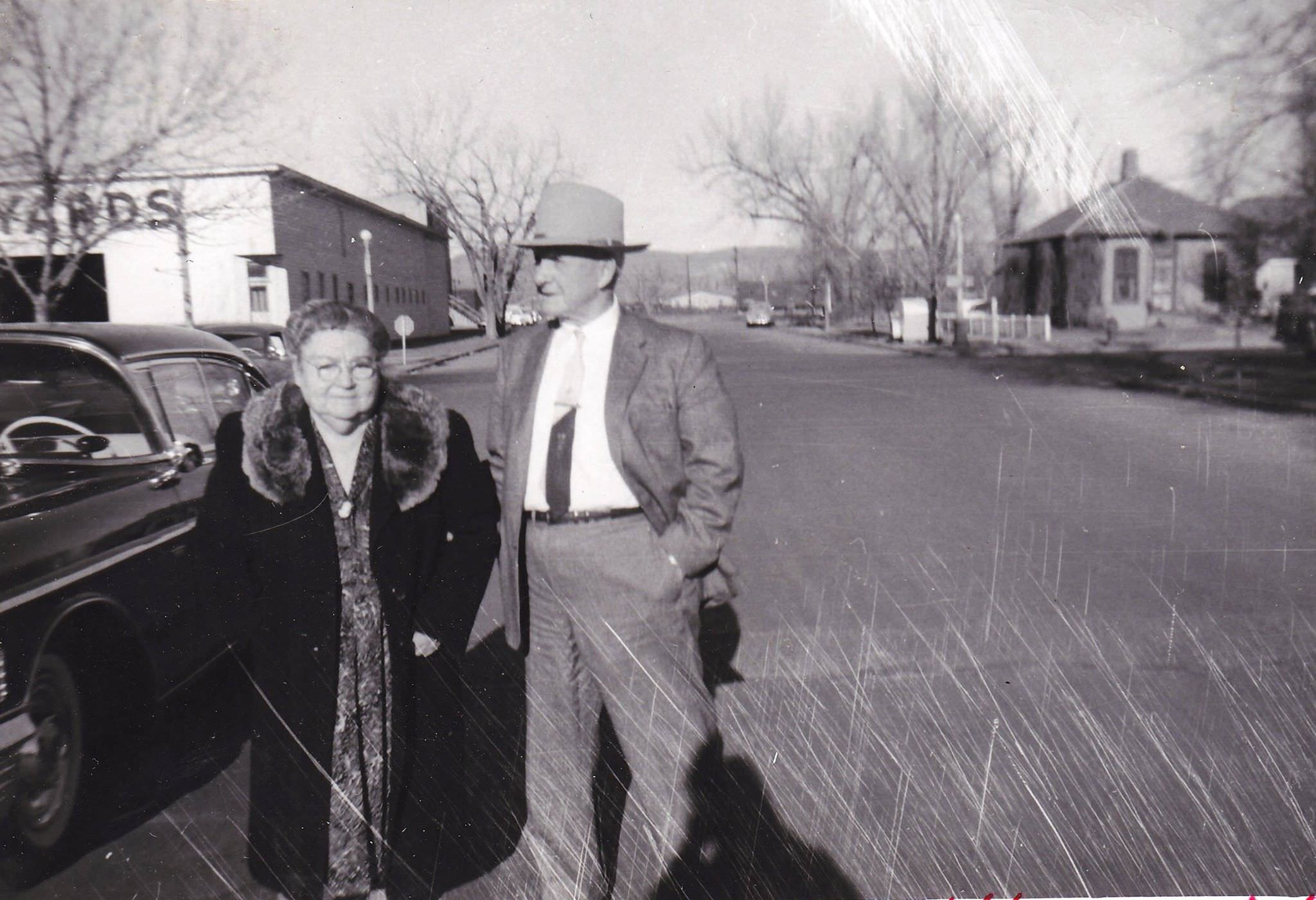 permalink   ·  vote tally
Top
+1
-0
SPONSORED
founder
supporter
Maybe Washington Street east of North 7th Street?
permalink   ·  vote tally
Top
+2
-0
House sure looks familiar, I'd have to go look but think it's the intersection of 9th and Washington. The big lumber yard building on left (UBC, ProBuild, Builders 1st Source) isn't there anymore. But Findlater's Feed and Seed should be visible across the track on the right (far side of the house)? The car/ couple would be in front of the old Flanze Apts.
Pretty sure the car is a 58 Cadillac.

This one, I know was taken at the Lynn McFarland Ranch, just south of town.

You're the second person to identify the car as a Cadillac. 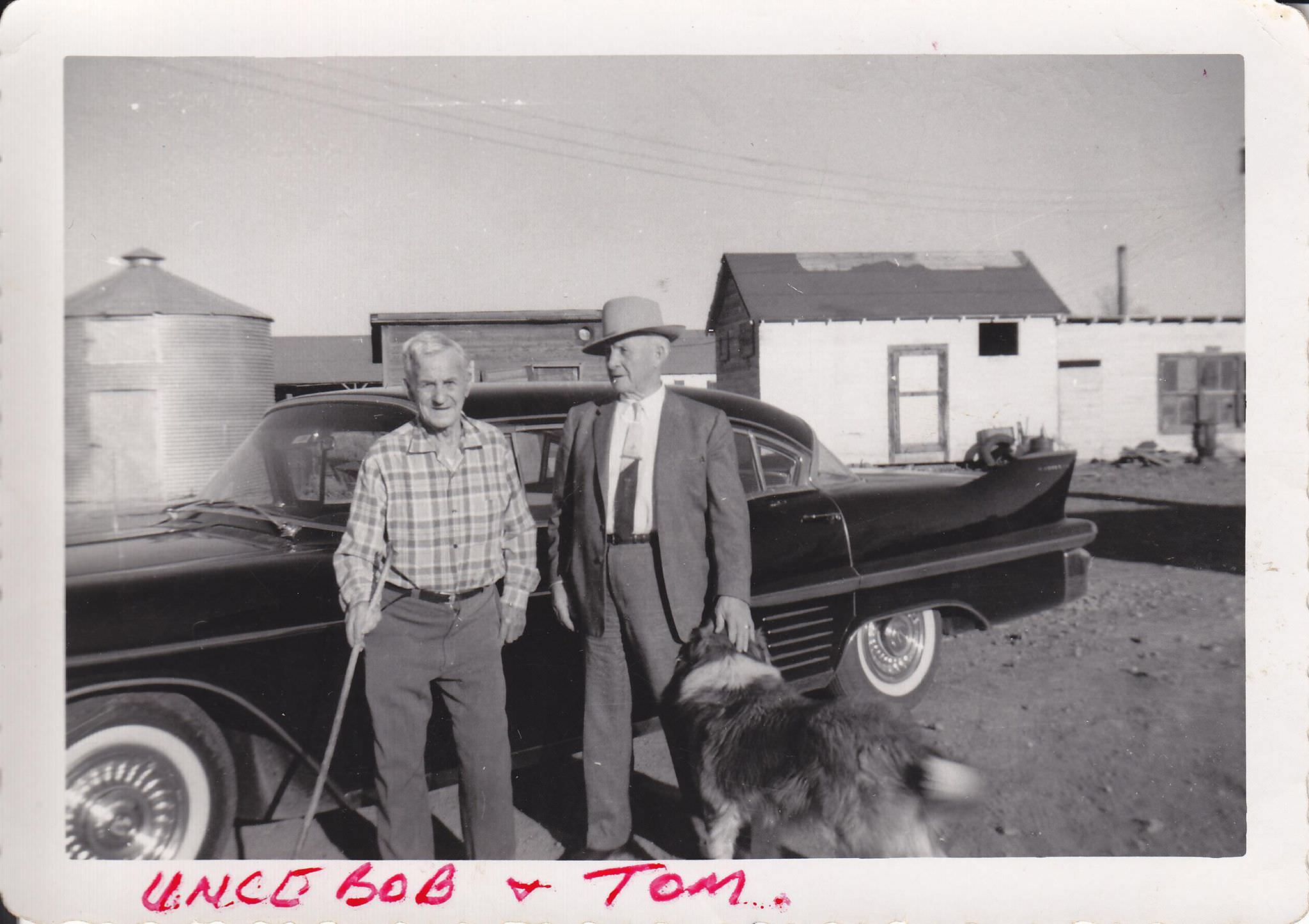 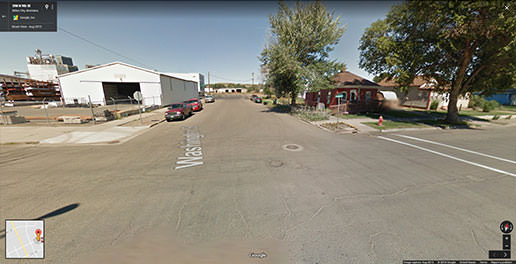 https://goo.gl/maps/PeK6GGhFveq
permalink   ·  vote tally
Top
+3
-0
admin
moderator
founder
Now the only question is, when were the photos taken?

The car above is a hint, since they had to have been taken after it was made. 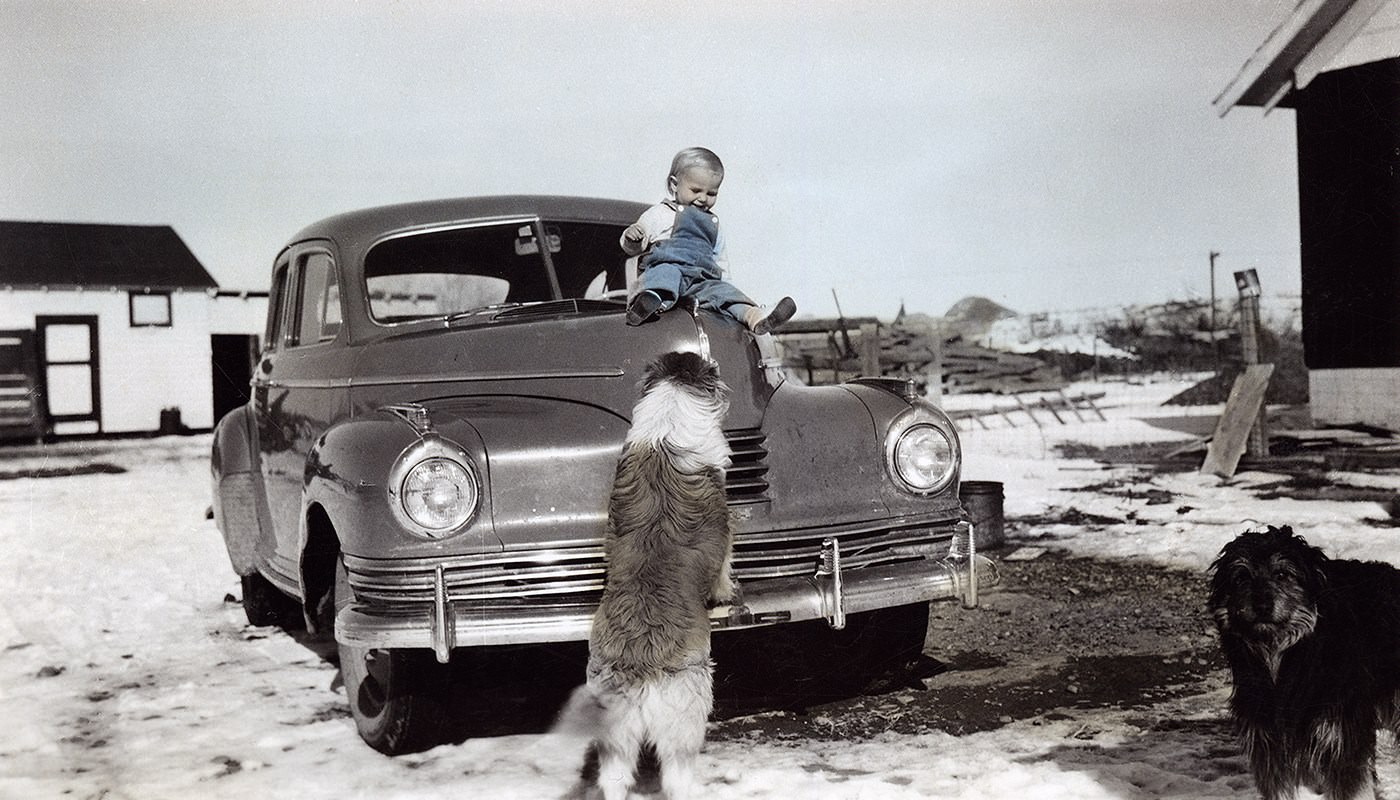 I assume at that point, each were about a couple years old.

So it all comes down to the year of that car. Any ideas?
permalink
Top
+0
-0
The building in the background that says "Yards" is the old Thompson Yards lumber yard. Vern South was a building contractor and did business with them.
permalink   ·  vote tally
Top
+2
-0
moderator
founder
The car looks like a 1958 Cadillac De Ville:

I wonder when they first started selling the 1958 models?
permalink
Top
+0
-0
moderator
founder
I tried to find that out but didn't have much luck. I did see something that said (at least some model of) the 1958 Chevrolet went on sale in 1957.
permalink
Top
+0
-0
New year models start August of the previous year "most" of the time. So the car could have been bought as early as August 1957.
Other photo is a 42 Nash.

[Edited by Randy Anderson (5/11/2018 6:54:59 PM)]
permalink   ·  vote tally
Top
+3
-0
supporter
Wasn't August, she is wearing a fur-collared coat. Could have been late fall or early spring; there's no snow, but she definitely felt she had to ward off the chill.
permalink   ·  vote tally
Top
+1
-0
SPONSORED
I agree with Sunny. There are no leaves on the trees.
permalink
Top
+0
-0
Post new topic Reply to topic
SHOW ADDED Best Wh*rehouse on Monday
Trump Cancels NASA's Greenhouse Gas Monitoring