I had to laugh at this picture from the Internet. Terry... football? 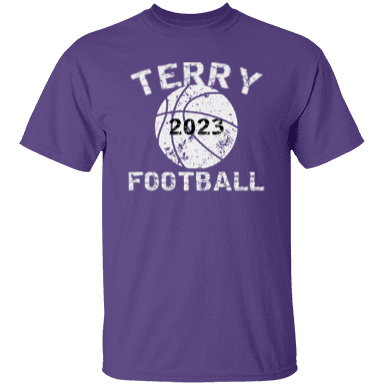 permalink   ·  vote tally
Top
+1
-0
supporter
The first day is in the books. 6 games down 18 more to go. I will have the call for 6 more games today on KATL or catch updates on my twitter account @22statman.
If you get a chance to watch the Melstone Broncs boys play It would be worth the price of admission. They are a great ball club, very exciting.
permalink
Top
+0
-0
moderator
founder
Wednesday

[Edited by Bridgier (2/15/2018 1:56:03 PM)]
permalink   ·  vote tally
Top
+1
-0
moderator
founder
I was thinking it looked like a smaller field of teams, but I don't recall what teams are missing. Rosebud and perhaps Custer and Hysham used to be separate teams...?
permalink
Top
+0
-0
supporter
Didn't plevna have a team? I think Custer, Melstone, Northern Cheyenne and Broadus are all new (to me), and as you mentioned, Rosebud is also missing.
permalink
Top
+0
-0
moderator
founder
Broadus moved from Class B to Class C starting in the 2013-2014 school year.

Yeah Bridgier, I was thinking the same thing.

I think back in your youth the district number was different - maybe 2C or 3C - and the teams included: Terry, Ekalaka, Wibaux, Rosebud, Hysham, Jordan, Plevna, and Busby(renamed Northern Cheyenne Tribal High School right about then).

A couple years before that (later-80's) that district also included Sacred Heart for one year (the high school dropped from Class B to Class C for '85-86 and then closed down after that) and also Pine Hills when that institution was allowed to participate in H.S. sports. After Sacred Heart closed and Pine Hills banned their participation in the district sports, Northern Cheyenne H.S. was added to that district.

Years go by, schools change classifications and teams change districts. Funny how that happens: Colstrip was class B, then moved up to A, then back down to B again, St. Labre was class B, then C, then B again.

I never thought I'd see Broadus and Forsyth decline in enrollment to the point that they'd drop to class C, but there you go.
permalink
Top
+0
-0
supporter
Sacred Heart was only a C school for one year? I thought it was longer than that, but you're considerably older than me, so i'll defer to your memory

This is as good a place as any I guess, to repost the end of the best 4C game I ever saw...

permalink
Top
+0
-0
supporter
Forsyth is still in Class B except for football. For the fall of the 17-18 school year, they dropped to the new Class C 8-man configuration. This is permitted and the other sports can remain at Class B. But yes, the enrollment has dropped drastically in the past several years.
permalink   ·  vote tally
Top
+1
-0
moderator
founder
4C at Miles City


Source: Billings Gazette
permalink
Top
+0
-0
I was a participant in a few of those tournaments in the early 80's. At that time teams were Ekalaka, Plevna, Wibaux, Terry, Jordan, Rosebud, Pine Hills, Hysham, and Busby. St Labre was never in the conference during my career. Most every year there was a play-in (toilet bowl) game to get the 8th seed since there were 9 teams.
permalink   ·  vote tally
Top
+3
-0
supporter
Larry Brence I'm just curious: which school did you play for back then?

I didn't play b-ball (wrestled instead) but was a student at Sacred Heart at that time. My first 3 years Sacred Heart was in District 2B with Broadus (now C), St. Labre, Baker, Forsyth and Colstrip. Going into my senior year we dropped to C and Colstrip moved-up to the Eastern A, and we were in that district along with all those other teams you mentioned, then Sacred Heart closed down in '86 when I graduated.

Do tell?
permalink
Top
+0
-0
founder
supporter
I was at SHHS in the 60's and they were Class C. And I think they remained Class C in BB until the school closed. They won the State Class in 1965. I think they went Class B in football in 69 or 70 until they closed

KTVQ Television Billings
permalink
Top
+0
-0
founder
supporter
In 1943, Ollie was one of the participants in the tournament. I have never heard of Ollie and I know where Mildred and Paris and Thebes, Montana, were.
permalink
Top
+0
-0
supporter
Ollie was around 18 miles north northeast of Baker, up against the North Dakota border and just south of Carlyle.

[Edited by Don Birkholz (2/18/2018 2:30:27 PM)]
permalink
Top
+0
-0
supporter
The best part of the 4c was when the Fireman went out to the hospital and brought Miles City's own leprechaun Bobby Kinney to the tourney. Bobby had fallen and broke his hip. The firefighters brought him out on Friday night to see the games. Very thoughtful of the fireman and it was a bring thrill for Bobby and the crowd loved it. KUDOS to the Miles City Fire Department.
The 4c will return next year plus in 2 weeks we will have the girls for the southern c here as well
permalink   ·  vote tally
Top
+1
-0
SPONSORED
moderator
founder
The Melstone boys wound up taking 3rd place in the state C tournament. Arlee won the championship and Manhattan Christian took 2nd place.

But the real reason I am dragging this thread back up is that in the February 23, 2018, edition of the Miles City Star newspaper the history columnist, Amorette Allison, wrote a story about the history of February tournaments in Miles City.