I am no Brady fan, but even if he loses this game, he'll be considered the G,O.A.T.
permalink   ·  vote tally
Top
+1
-0
supporter
For Gunners sake, I hope the Eagles win. I hope it is a competitive game.

permalink   ·  vote tally
Top
+1
-0
founder
supporter
sponsor
“Being a Philadelphia sports fan is to forever expect a kick in the teeth. A lifetime of rooting for teams that always let you down has taught many Philly natives how to lose. Like in life. This is not a historical trend so much as it’s encoded in the civic DNA. Compound it with the city’s historic inferiority complex and you’ve got something worse than fatalism: it’s the perverse sense deep down that we don’t even deserve it.”

“A Philadelphia Super Bowl victory would counter two centuries of US history”
--Bryan Armen Graham
THE GUARDIAN
February 1, 2018
https://www.theguardian.c...us-history
permalink
Top
+0
-0
supporter
It will be interesting to see how the "Flags" fly☺ Go Eagles!!

http://www.cbssports.com/...le-digits/
permalink
Top
+0
-0
founder
supporter
My is the Patriots! If Carson Wentz was playing I might pick the Eagles. But I didn't like the way the Eagle fans treated the Viking fans in Philadelphia.
Go Pats!!
permalink
Top
+0
-0
supporter
Best Super Bowl ever. Congratulations, Gunnar.

PHILADELPHIA—Happily nodding their heads and shaking hands with each other in congratulations, thousands of pleased but calm Philadelphia residents reportedly said, “Well that’s nice,” Sunday after the Eagles’ Super Bowl victory over the Patriots. “This sure is swell. Both teams played a good game, but I’m glad we came out on top,” said local Eagles fan Jeremy Romano, who smiled and quietly began cleaning up beer cans and pizza boxes as his contented party guests quietly patted each other on the back while watching the Eagles receive the Lombardi Trophy. “Boy, it sure is nice to finally see the Eagles win the Super Bowl. The Patriots can hold their heads high, though, they really gave it their all. What a pleasant evening.” At press time, sources confirmed that a group of celebrating Philadelphia fans on the street had grabbed dozens of empty beer bottles and placed them in the appropriate recycling bin.
permalink   ·  vote tally
Top
+1
-0
founder
supporter
One of the Philadelphia players in an interview said that he hoped they would get back to Philly before it was burned down.
permalink
Top
+0
-0
supporter
What an awesome game. I hope my dog recovers from it. By the fourth quarter, she was on my lap, licking my face, trying to get me to stop yelling.

permalink   ·  vote tally
Top
+1
-0
supporter
It was a good game. I'd love to hear why Belechik decided to sit Malcolm Butler just before the game - at the very least he can tackle, a skill that was in short supply yesterday afternoon for the Patriots.

I HOPE TO GOD it wasn't something stupid like BB being a a stubborn old man about some petty rule, but... it probably was.

[Edited by Bridgier (2/5/2018 11:19:56 AM)]
permalink   ·  vote tally
Top
+3
-1
supporter
It surprises me not in the least that Cactus Plains is a Cheatriots fan.After all, Cactus Plains hates our Constitution and our democracy. Miserable Russian sympathizer.

Looking forward to the Thursday parade down Broad Street.

permalink   ·  vote tally
Top
+1
-0
I have heard that Butler will be a free agent after this season. I'm guessing Bellycheat was worried Butler would have a good game and have to pony up to pay him in his next contract. I could see the Pats making a move like that - sacrificing a Superbowl to save a few bucks.
permalink   ·  vote tally
Top
+1
-0
supporter 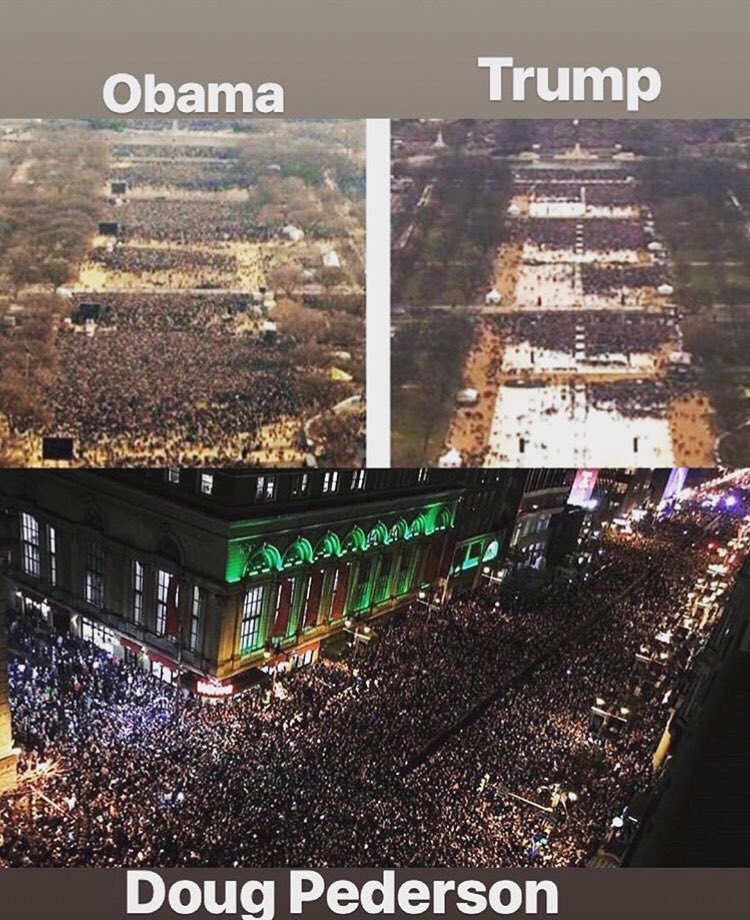 permalink
Top
+0
-0
supporter
Well, Butler was gone regardless - he wasn't happy with the deal that he got at the end of last year, and then Gilmore came in and got more than Butler had been told wasn't possible. He played pretty well for the Pats over the year, seems like an exceptionally stupid move to basically reduce your chances to win a super bowl by sitting a starter for the entire game, just to prove a point. If it's a disciplinary thing, how does that look to the rest of the team? I'm going to punish this guy who's leaving AND THE REST OF YOU AS WELL, because I'm stubborn?
permalink
Top
+0
-0
supporter
I took yesterday off from work and watched the Iggles Championship parade.

Philadelphia Eagles All-Pro center Jason Kelce delivered the greatest speech in the history of sports. Move over, Lou Gehrig’s “I’m the luckiest man in the world” speech. This is better.

Someday, Jason Kelce will be the Mayor of Philadelphia.

Here's another....the "mic'd up" version from the NFL. Slightly over 40 minutes long, but it is another awesome watch.

I admit, I am an old softy. It brought tears to my eyes. 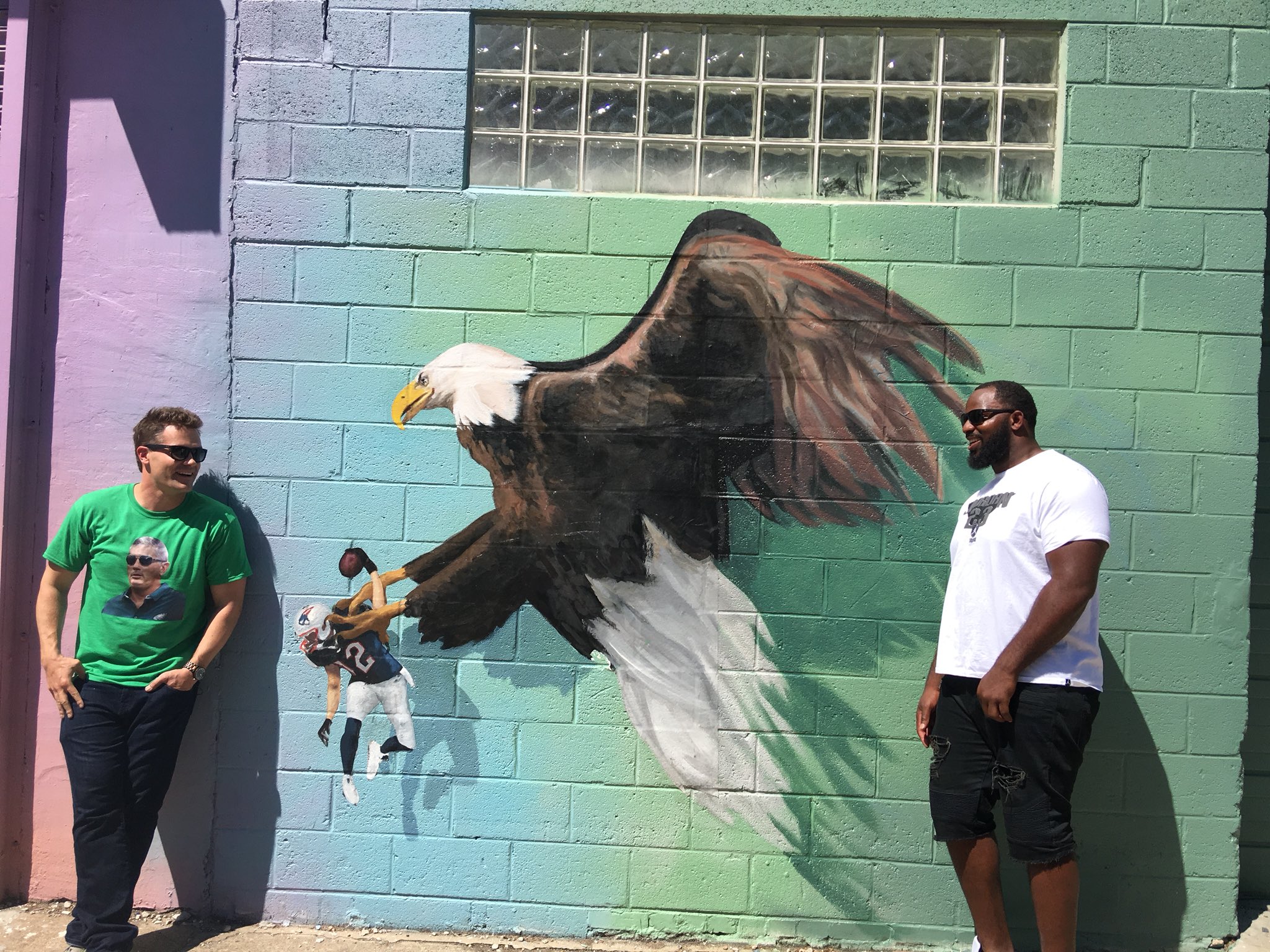