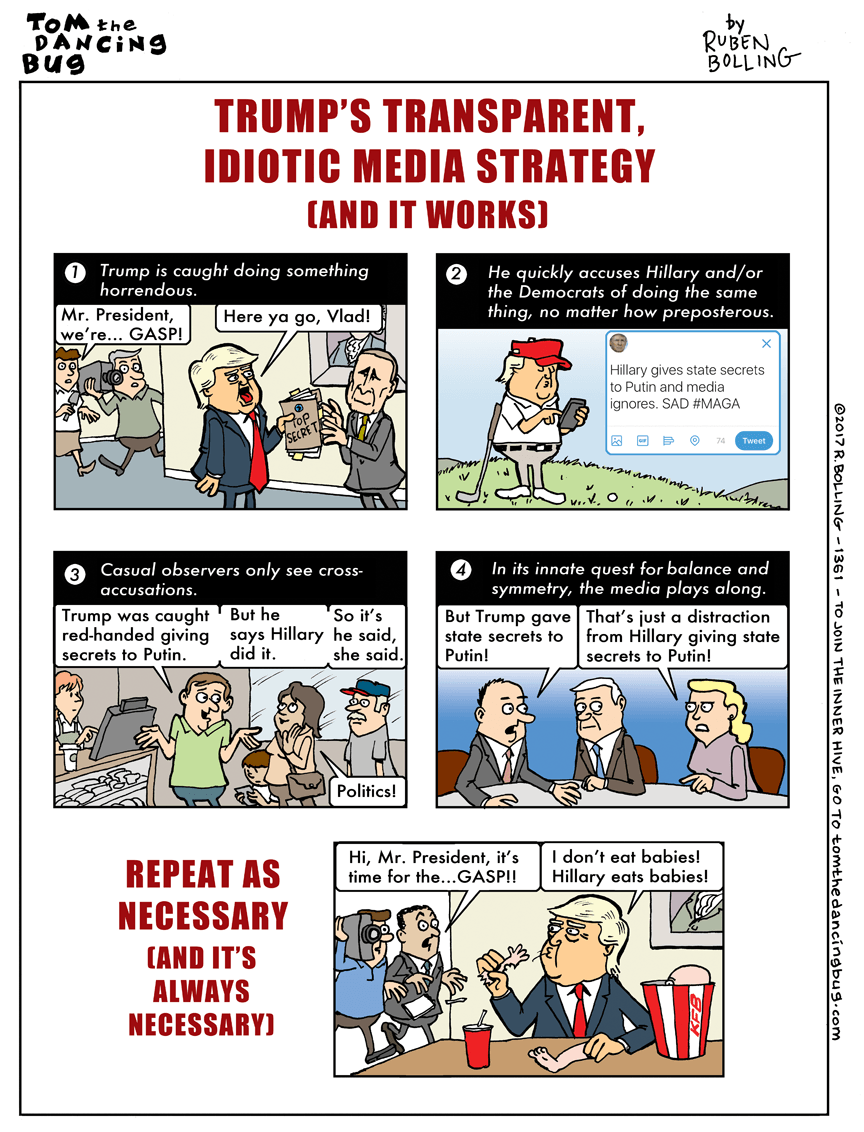 permalink   ·  vote tally
Top
+2
-0
Yes, Gunnar, I agree. Now that George Papadopoulos has pleaded guilty and Paul Manafort and Rick Gates have been indicted, according to Trump it proves one thing: once again it's Hillary's fault and she should be locked up!

Rex Huppke of the Chicago Times wrote that "Mueller indictments prove one thing: Hillary Clinton is to blame!"