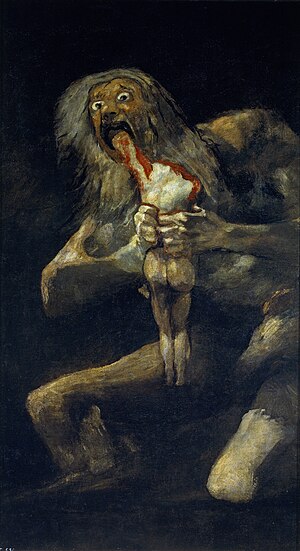 https://www.vox.com/polic...aps-charts
permalink
Top
+0
-0
This was a self loathing traitor. Just like the progressives are traitors to America, they spit on our flag, and curse capitalism as being a white privilege system. he was antifa, and a new convert to islam.

I remember when amoretti Allison said she wanted to be with al-queda rather than yall-Qaeda. these liberal progressives just want to kill white men and give white women to the brown and black folks, to repay them for slavery and breed out the diversity created by "yeshua". Reparations are a bitch. one race, one religion, one economic system, is their goal. they hate yeshua's order.

Antifa and the left are murders looking for a fight. Arrest these left wing terrorist. if you want to be with al-Qaeda and you admit it, you belong in jail.


arrest amoretti!!! fuc- the left, fuc Islamic extremism and their followers known as the brown shirts.

Several times this year I received telephone messages from an anonymous male who didn't like the news items I was posting about Trump on milescity.com, and that I was annoying him and should stop. His tone was not friendly and he didn't leave his name.

It was frightening because (1) one didn't know how annoyed he was; and (2) one never knows what a severely annoyed, anonymous male who may own a gun and/or have mental health issues will do.

I contacted the Miles City Police and that man, who happens to be a business owner in Miles City, has been warned by the police to stop. He is in violation of the Privacy in Communications Statute of the Montana Code (see below).

http://leg.mt.gov/bills/m...-8-213.htm
permalink   ·  vote tally
Top
+7
-1
supporter
sponsor
If he is in violation, then tell those Trump loving police warners to DO THEIR DUTY:

FH
permalink   ·  vote tally
Top
+1
-0
I don't care if you feel better CJ. your emotional state is yours, and you own it. All your talk wont change that this web site is a meeting place for self loathing weather underground leftist atheist. stand by your antifa terrorist brethren, and your other allies 'Islamic extremist'.

Don't worry about a legal motion to keep me away from you amoretti, I aint coming with-in your scopes range. you just keep away from me as well please, you leftist extremist are some wishy- washy people. one minute all is well, the next minute your burning American flags.

And Frank, there is no privacy laws being broken. Amoretti said in older post she is with alqueda before yall_Qaeda. As all liberals realize they serve a larger groups goals they will accept the term of brown shirt. that's who liberals really are. Islam will not care about your views, you are just their tools, you self haters.

Frankly, I thought the anonymous male who was leaving me phone messages should have been cited after the first phone message I received, and I told the police officer that. The officer in charge of my case said that under Part (a) of Privacy in Communications – no explicit threat had been made. (I told him that I thought an implied threat had been made, but according to his interpretation of the law, an implied threat is not the same as an explicit threat, and I could see his point.)

I think after several calls were made the police officer decided Part (b) of Privacy in Communications applied, specifically the part that says: “ . . . . or to disturb by repeated communications the peace, quiet, or right of privacy of a person at the place where the communications are received."

From this experience, I don’t think Montana’s law was applied fairly. I still think the man involved should have been issued a citation and not just a warning. Maybe he got a warning because he was a prominent, male, business owner in Miles City. Clearly, he violated Part (b) the of Privacy in Communications law. By way of contrast in how the police apply Montana’s laws: I don’t think warnings are given in DUI cases.

So, maybe at the next football game I’ll wear a t-shirt that says: “Female Lives Matter” and then take a knee. Oh, I forgot, I don’t go to football games!
permalink   ·  vote tally
Top
+1
-1
supporter
That gunsngold is one sick puppy and after listening to his rhetoric, I'd be very afraid of him. It's his type that coined the phrase (Going Postal)
permalink   ·  vote tally
Top
+4
-1
supporter
The most sorry thing about this thread is the glimpse we now have into Daniel K. Allens sick mind.

He cannot believe that an old white Caucasian male, similar to himself,
could have done such a horrific act. No, to a 9/11 denialist like gunsngold, he HAD to have converted to Islam. Or sucked on Nancy Pelosi's teat. Whatever his deranged fevered brain comes up with, it CAN'T BE OLD WHITE GUYS LIKE DANIEL K ALLEN!

I myself have criticized both Amorette and Mary Catherine for their posts on this website but, yeah, gunsngold is taking things too far here.

As for myself, it seems the original intent of this post is to suggest prayers/well-wishes for the victims of the Vegas shootings and their families. I will continue to do so.

Meanwhile, Bridgier, I'm failing to understand your intentions behind posting the portrait of "Saturn devouring his son". Quite frankly, you also frighten me sometimes.

Stop being scared of people with different ideals or beliefs, where's the tolerance from you leftist weather underground terrorist types.

still sulking over the ass whooping trump put on Hillary? wont do no good, he is still your president, so stand for the national anthem or kneel for islam.
permalink   ·  vote tally
Top
+0
-5
A minus 3,000,000 vote ass-whipping?

Sorry G n G. Trump won't be around long enough to see your race war through.
permalink   ·  vote tally
Top
+3
-1
I hope there's no race war, or world war. Me and my family have many friends that are of ethnic or other racial origins, and I would hate to see harm befall any of them.

I said it before his election, he is a liar and a deceiver, that is what neo-con RINO's do. Trump just sold Saudi Arabia a bunch of weapons, just like Hillary or Obama would have done. trump will give us the same war that Hillary would have given us, except now the liberals can point the finger at rich white conservatives. I said it before and I will say it again, Hillary being the democratic choice was simply to throw the election so they weren't blamed for ww3. Whoever got elected was going to be pushed into this war by the generals that set on numerous committees and together comprise the deep state. those committee's are controlled by lobbyist with Zionist ideologies.

should have let Hilary win, it will be the same outcome.
permalink   ·  vote tally
Top
+0
-1
SPONSORED
supporter
Really shu? A portrait of a mad father devouring his own children to maintain his own power and authority and you can't see how that might be relevant on the topic of guns and America?
permalink   ·  vote tally
Top
+3
-2
Post new topic Reply to topic
Arrests in Russia and Russia Election Interference
Class Of 1996 Where Are You!?!