I have long thought removal of the fountain to be a terrible idea, and have long ridiculed it, and in fact my 90+ next door neighbor testified against it yesterday. Why remove a beautiful fountain? Why not just remove the commemorative plaque?

Then I view it as an act of civil disobience against the worst. president, ever. and I am conflicted again. 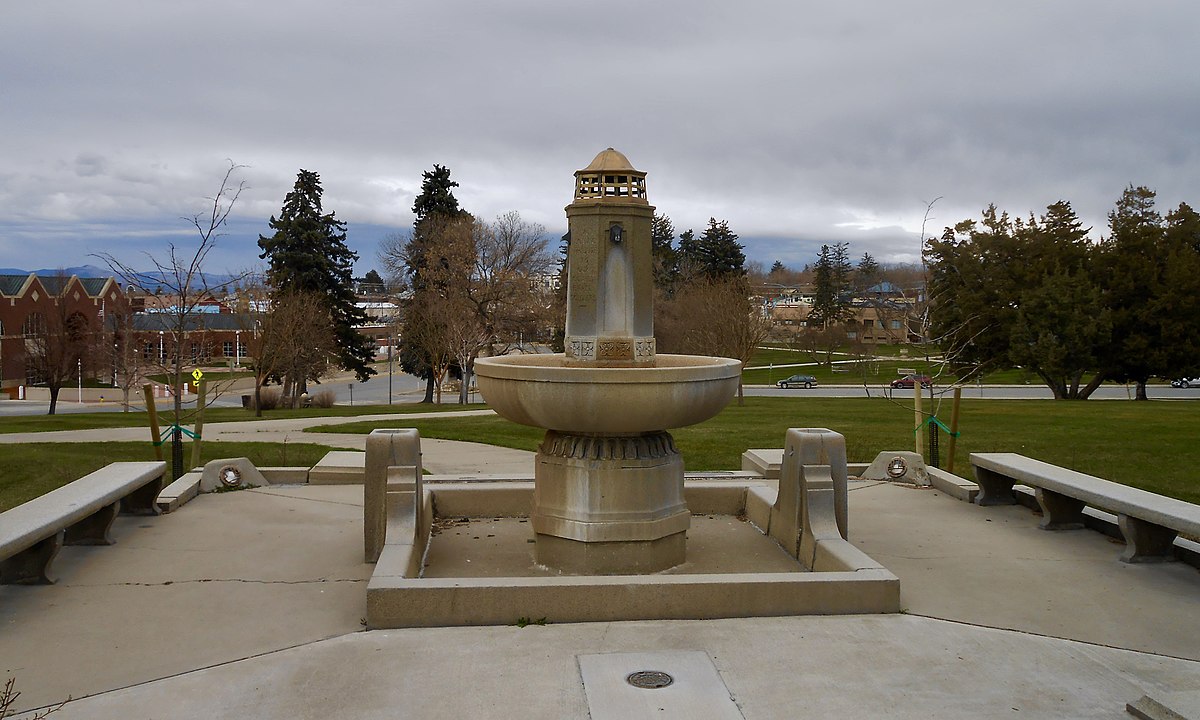 permalink   ·  vote tally
Top
+4
-0
founder
supporter
sponsor
This is something that’s been on my mind. But I’ve no real answer, just many concerns.

For something to be considered art, it must have been created for the purpose of making us question the meaning of life, the universe, and everything. It must make us question the world that surrounds us. This is as true of public / monumental art as it is of art works owned by private collectors.

Any piece of art, in any format, media, setting, is going to upset and offend someone. That’s just human nature. Likely as not when the first artist painted that Auroc on the cave wall at Lascaux 30,000 years ago someone got offended.

Right now the removal of symbols of the Confederacy have become so intertwined with Trump, it’s damned hard to look at the issue from a dispassionate stance.

In the best of possible worlds controversial works of art would be springboards for public discussion on relevent issues. Learning experiences, if you will. But since we don’t live in that world, they’ve become battle grounds in the Culture Wars.

I think the Confederacy controversey, like many others, is likely driven as much by generational change as it is by ideologies or religions. But as I say, it’s become a line-in-the-sand, fight to the bitter end issue at present.

But there is no denying that we are living in an age sorely beset with turbulence. Our Nation & People are about as divided as we’ve ever been. In my mind, today situation closely resembles that of the Age of Jackson. There are just too many commonalities between then and now to think otherwise.

Personally, I think there’s a 50-50 chance that in the next 20-30 years we’ll see armed insurrect break out in this country on a fairly substantial scale. I hope I’m wrong – that this will blow over and that we will regain a sense of balance and perspective. But with 50-50 odds, I am troubled.

As for the Confederate and other controversial works of art and publc symbols??? Right now I don’t see much hope for a compromise / learning experience to suddenly blossom into being.

That’s my take on it. The times they are a changin’.

“Much has been lost, and there is much yet to lose.”
--Tim Powers
permalink   ·  vote tally
Top
+9
-0
supporter
Nicely written and thought out, Hal.

Personally, I see a fountain as more as an object of community good, than art. Unlike Richard, I appreciated that fountain as the dogs in my life have slurped the cool waters of that fountain in the hot summer months (some, when playing frisbee before the hideous anti-dog nazis passed leash laws. But I digress).

I much more enjoyed this fountain that was erected by the Daughters of the Confederacy far more than any similar monument in Helena. For example, General Thomas Meagher in front of the capital building. He was an Irish rebel turned Union soldier turned territorial governor of Montana, always a drunk. Some day our PC descendants may turn on him for being a rebel. Or a drunk. Who knows, with the PC crowd? 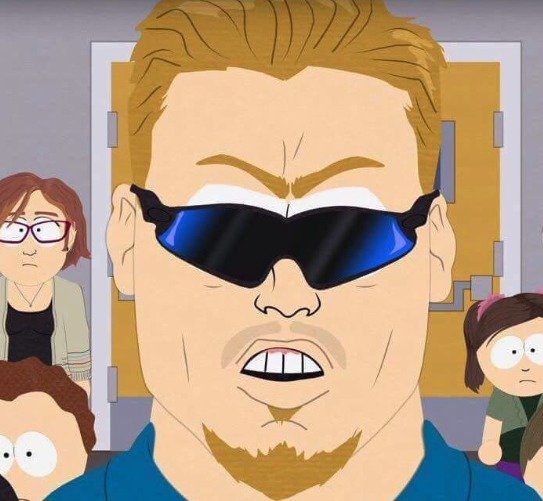 Yes, the more I think about it, the more unhappy I am about it. Destroying something nice just to spite the Cheeto in Chief seems lame.
permalink   ·  vote tally
Top
+2
-0
founder
supporter
sponsor
I agree with you Gunnar in that in every such instance there is the personal element. Each instance involves individuals, communities, cultures, &etc.

But given the current state of civic discourse in this country, we're going to continue to draw lines in the sand.

And I do regret the loss and wish for the learning experience. I suppose I should begin to look for and welcome the gain.
permalink
Top
+0
-0
Preserving and moving the monuments is an expensive option. How about letting those who want the monuments intact pay for the removal and re-installation. Give them a grace period to come up with the dough. if it doesn't happen, remove the monument. If the people who want them saved are so all-fired hepped up about them, the cash should come rolling in.

As offensive as these monuments are to many people, they are a piece of history. Erasing the memory of the Civil War may do more harm than good.
permalink   ·  vote tally
Top
+2
-0
moderator
founder
permalink   ·  vote tally
Top
+2
-0
founder
supporter
These "memorials" were never about honoring the fallen. They were put by later generations to remind people of color that they used to be slaves and to intimidate people of color. The people who actually lived through the war were opposed to monuments to their stupidity and failure. Look up Robert E. Lee on the subject. These "monuments" were all created generations later strictly as threats to people of color. And taking down tacky statues and fountains doesn't 'erase' history. It just reduces the public racism that fills our country.
permalink   ·  vote tally
Top
+3
-0
supporter
I also live in Helena. Nowadays there always seems to be some cause of the moment that everyone jumps on the band wagon. I am very liberal but I think the removal of the statues is a whitewashing of history. It's like the way freedom of speech is becoming endangered. Unless we all live in a personal bubble there will always be things that offend and disgust us. Is this any different than the destruction of ancient ruins etc. in the middle east. People interpret works of art and statues in different ways. I see things that say did we defeat the Nazis in World War II to allow their poison to be spread now. Yes we did, including my father and several uncles.
permalink   ·  vote tally
Top
+2
-0
founder
supporter
sponsor
Don’t know that they are “essential,” but they do show some of the perspectives people have on thee issue.

“The Confederate statue debate: 3 essential reads”
THE CONVERSATION
August 19, 2017
https://theconversation.c...eads-82729
permalink
Top
+0
-0
Good points one and all. I sincerely value your thoughts. Let's keep the conversation open.
permalink   ·  vote tally
Top
+2
-0
This is so stupid, these statues never bothered anyone up until this point... lets just erase history and rewrite it the way liberals think it should be.......SERIOUSLY!!! Does removing them really change anything?
permalink   ·  vote tally
Top
+0
-1
supporter

This is so stupid, these statues never bothered anyone up until this point.

sure, sure, anyone that mattered, absolutely.

I doubt anyone will forget the south's treason in defense of slavery, regardless if the monuments and statues are removed from public property.
permalink   ·  vote tally
Top
+0
-1 
These monuments were erected during the Jim Crow era of this country and were for the most part erected for racist intentions. They were erected to show black people that the whites controlled the power structure, and to not get uppity and expect equality. When you look at the history of these monuments the vast majority of them were erected 20-25 years AFTER the Civil War, at the beginning of the Jim Crow era of this country, and then again during the early to mid 1960s, which of course was the civil rights era.


So by tearing down of these monuments it is removing the participation trophies former Confederates built themselves, and leaves history to be told in museums and in books...though maybe not in books because all over this country for the last 100 years history books were designed and vetted by the same United Daughters of the Confederacy to change why the Civil War happened, from it being about slavery to be about states rights, so show that slavery was a "good" thing and remove any negative connotation towards slavery, in fact one example of a UDC vetted book it showed a tuxedo dressed black man getting off the slave boat shaking his slave owners hand.

This movement is about removing government sponsored monuments, built, paid for and sponsored by racists from government property. If the Southerners are so concerned about their history they can try to purchase the monuments, and move them to private land. Then they will be privately paid monuments on private land and they won't be places like government land, where the government is supposed to represent all people, not just the heroes of the losers of the Civil War.
permalink   ·  vote tally
Top
+3
-0
Throw a black sheet over it. It has no place in Montana.
permalink
Top
+0
-0
supporter
No need to throw a black sheet over it - it is gone.

I just wish someone would replace it with another fountain, for dogs to drink out of. It doesn't have to be an imposing monument of granite - just any type of fountain would do.
permalink
Top
+0
-0
Ah! I see Carol H. has published a photo of the first Trump Monument!
permalink   ·  vote tally
Top
+1
-0
I'm sorry but are Books next, there are confederate names all over the place.
permalink   ·  vote tally
Top
+2
-0
SPONSORED
supporter
Careful Carol H., your white privilege is showing. How many people of African-American decent do you know? Of those, how many are good friends? You are an anachronism.
permalink
Top
+0
-0
Post new topic Reply to topic
Saturday morning rain
Man’s best Friend