Update: The Spring ale I brewed up a month ago is coming along nicely. I’m going to rack it off again today, I’ll likely bottle it next weekend.
permalink
Top
+0
-0
SPONSORED
supporter
Sounds good, Hal.

How do you like that Northwest 1332 yeast? I have never used it.
permalink
Top
+0
-0
founder
supporter
sponsor
This is the first time I've use the Northwest yeast. It started working quickly. I pitched it around 11am yesterday and it was working when I checked at 9pm.
permalink
Top
+0
-0
supporter
Tomorrow I am driving over to Fairmont Hot Springs, to attend the Mine Design, Operations and Closure conference,

I have been attending this conference, off and on, for the last 20 years, as it is in my field of work. So, why the post here?

For the last 10 years or so, I have been bringing kegs of my homebrew for late night entertainment. This year, I am bringing 2 kegs: the bohemian pils and the NE IPA (see the previous March brewing thread for detail). Serving them up tomorrow night (or maybe Wednesday, depending on weather) outside under the Fairmont gazebo. Any mc.com lurkers who happen to be in the area are welcome to join me for a beer. Even you Gianforte supporters...you can tell me what a dick I am to my face, and I will just tell you to have another beer.

permalink   ·  vote tally
Top
+4
-0
supporter
I see there is going to be a home brew competition at the Rock'n MC Brewfest in August!

Gunnar, I like this yeast. I’ll probably go with it again. It’s a hard worker. It has allowed the malts and hops to speak for themselves. This is shaping up to be a very tasty wheat ale.

I’ve been racking it off once a week. The first three weeks it was very active, but showed a nice balance between malts and hops. By week four it had slowed down – I liked the flavor profile so I decided not to dry hop. Today it was very clear with just a trace of spent yeast in the fermenter. I’m going to bottle it next weekend. I’ll likely let it bottle condition for 6 weeks before diving into it.

A couple weeks ago I brewed a batch of Bush Cider. It’s coming along nicely. I’ll likely give it two more weeks and then bottle it.

6 pounds of malt extract (I used what I had on hand, 2lbs sparkling DME, 2lbs of wheat, and 2lbs of amber).
2 quarts of organic apple juice.
6 grams of Danstar Nottingham yeast (yeah, old school yeast : -)

50 minute boil for the malt, add the juice boil for an additional 10 minutes, cool, and pitch the yeast.
4-6 weeks of fermentation / conditioning. Bottle prime and let condition for 4 weeks.

It should make for a nice summer / fall beverage. I’ll save back a few bottles for dinner on Turkey Day.
permalink
Top
+0
-0
supporter
I will have to order that yeast and give it a try, Hal. It sounds good.

I just kegged my smoked porter, so now I have nothing in the fermentors. I am running out of empty kegs, so brewing isn't a high priority now. We are have ~15 co-workers over Wednesday after work, so I hope some beer will get consumed.
permalink
Top
+0
-0
founder
supporter
sponsor
Yup, sounds like it’s time to call in some reinforcements to help with consuming the beer ; -)

I probably have time to brew one more batch before the weather gets a little warm. Another 8 gallons will hold us until fall. I’ll probably brew up a straightforward pale ale, maybe English style.

Denali Brewing in Talkeetna has a pretty decent IPA, Twister Creek. If you run across it, give it a taste. It might make the shelves in Montana, they have it in stock at the general store here so Denali must be pumping it out. Usually all that’s available in the general aside from BudMilloors is Alaskan Brewing’s products (another excellent reason to home brew ; -) 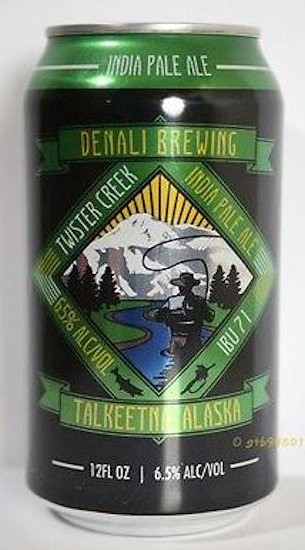 I have to get two more batches of brews going for a company picnic at the end of July. The good news is that my employer will pay me for the full 10 gallon batch of ingredients, so I keep a keg for my enjoyment in return for my brewing labor. A win-win situation.
permalink
Top
+0
-0
I really like the 34/70 yeast. Makes a nice crisp lager. And you can cut out the hassle of a giant starter.
permalink   ·  vote tally
Top
+1
-0
supporter
This week I brewed 10 gallons of a 1.048, 34 IBUs British bitter:

I split this between WY1469 West Yorkshire and WY1187 Ringwood. I love both of these yeasts. The West Yorkshire yeast is from the Timothy Yaylor brewery, and produces some wonderful stone-fruit esters. Ringwood is another fruity yeast, and also leaves some residual diacetyl, with make for a slicker mouthfeel and a slightly buttery note.

I love British bitters. Tasting them fresh on tap in Scotland in 2015 was a revelation. This style does not transport across the pond well (fresher is better), and few American brewers attempt to make them (American breweries will tell you they have an ESB on tap, but when you try it, they f**ed it up by using American hops, which makes the beer taste like an American amber).
permalink   ·  vote tally
Top
+2
-0
Alright fellow brewers, I'm going for a Lucky Charms Blonde Irish Ale this weekend. I'll post the grain bill and target OG when I get to my iMac at my desk. I have been kicking this idea around for a while and since my last Vienna lager flopped, I figured I try something different, and to have for some early day Notre Dame football games.

permalink
Top
+0
-0
SPONSORED
Gunnar, actually, yes. And some lactose. I'm only making a small batch and not a 10 gallon run. All my other recent stuff has flopped, pale ales, lagers.... I'm just doing something to be different and to have some fun.
I'm prepping for a large batch of a brown ale soon for the upcoming fall, walnut bitters as an addition perhaps?