Sooner or later in any administration, Casey Stengel comes to mind. The great Yankee manager, ending his career with the then-hapless New York Mets, looked down the dugout one dismal day in 1962 and asked, “Can’t anybody here play this game?” The answer for the Mets was no. It is the same now for the Trump administration.


Trump is a runaway train barreling down the Nixon track

It's been quite a last 24 hours, huh? President Trump's top national security aide, Michael Flynn, called it quits just 25 days into the administration -- and hours before the New York Times revealed that Flynn had been interviewed by the FBI in an apparent probe of his Russian-unorthodox dealings. Meanwhile, the president's counselor Kellyanne Conway was slammed by the Government Ethics Office for plugging Trump's daughter's clothing line -- but Conway didn't respond as she was too busy insisting it was a hacker who'd sent out a post from a white nationalist on her Twitter account. And GOP senators seem to be rebelling against Trump's nominee for Labor Secretary, fast-food billionaire Andy Puzder, who's accused of mistreating thousands of workers and one ex-wife.

Oh yeah, and there's a Russian spy ship off Delaware.

The apparent coziness between the Trump administration and the Russian government could be the nation’s biggest scandal since Watergate, legendary TV journalist Dan Rather warned Tuesday.

“Watergate is the biggest political scandal of my lifetime, until maybe now,” Rather wrote in a Facebook message that quickly went viral.

“On a 10 scale of armageddon for our form of government, I would put Watergate at a 9,” added Rather, who won acclaim for his coverage of Watergate as a White House correspondent. “This Russia scandal is currently somewhere around a 5 or 6, in my opinion, but it is cascading in intensity seemingly by the hour.”

Read More: http://www.huffingtonpost...a129f01597
permalink   ·  vote tally
Top
+3
-1
SPONSORED
This is worse than Watergate because it involves communicating with Russia's intelligence officials and collaborating with our enemy to influence a U.S. election. I'm not a lawyer but I think that's a definition of treason. Stay tuned!

https://www.nytimes.com/2....html?_r=0
permalink   ·  vote tally
Top
+1
-1
moderator
founder
Trump is busy blaming the press for reporting on this. If it's a non-issue, why did he ask Flynn to resign?

Trump consistently proves that he is not presidential material.
permalink   ·  vote tally
Top
+4
-0
supporter
I feel as if I am living in an alternate reality. The REPUBLICAN president is the one cozying up to the Russian dictator and all the other REPUBLICANS are just fine with it! What the heck happened? Does Spock have a beard?
permalink   ·  vote tally
Top
+2
-0
Breaking news: "GOP senator calls for exhaustive investigation into Trump-Russia connections."

http://thehill.com/homene...onnections
permalink
Top
+0
-0
And, as usual, Trump is blaming the "fake media" for treating Flynn so badly! Is this guy crazy or what?

http://thehill.com/homene...fake-media
permalink   ·  vote tally
Top
+2
-0
And to really complicate things (and keep your head spinning), besides the Russian spy ship off Delaware, Russian jets have been buzzing a U.S. destroyer patrolling the Black Sea.

"Multiple Russian aircraft buzzed a U.S. destroyer patrolling in the Black Sea last week, in an incident the captain of the American ship called “unsafe,” the Pentagon said Tuesday. The three flybys occurred on Feb. 10 and were first reported by the Washington Free Beacon." 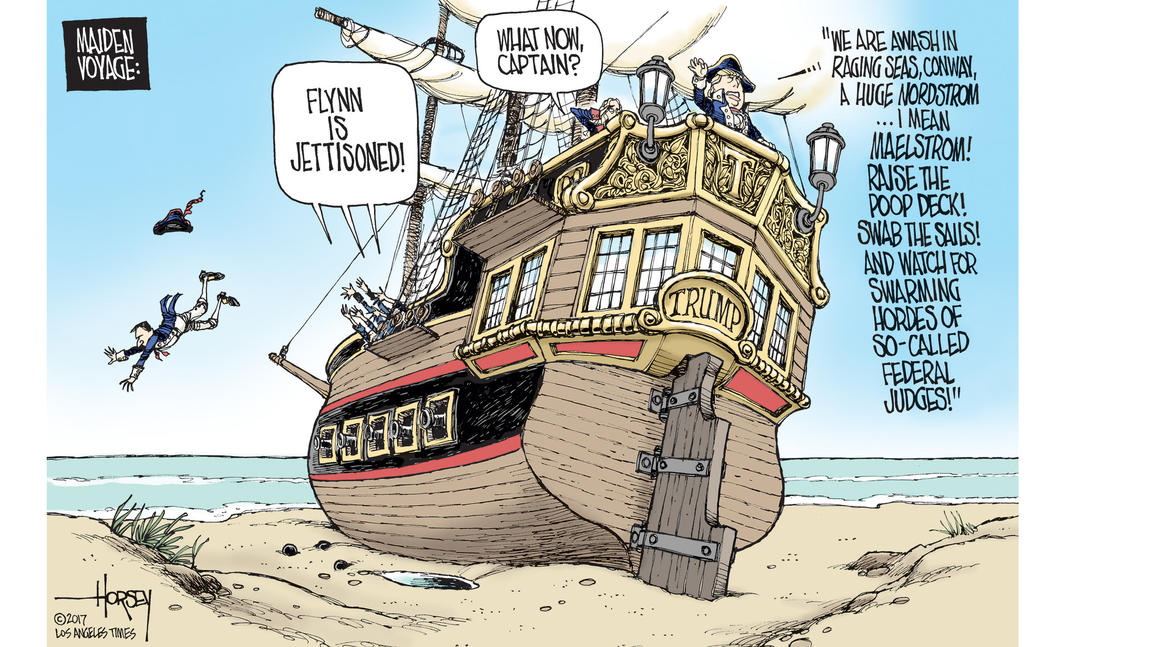