More than just saddles – Furstnow’s
Hal Neumann
Post new topic Reply to topic
founder
supporter
sponsor
“Skeleton Holsters
If one wanted both speed and concealment, the solution came in the 1890s when the “skeleton” shoulder holster was developed. The originator is believed to be Al Furstnow of Miles City, Montana. The rig was known as the “Sheriff’s Lightning Spring Shoulder Holster.” E.D. Zimmerman of Alzada, Montana, also patented a similar design in 1898 as the “Zimmerman Pistol Holder.” Both designs used a solid leather skirt backing fitted with a leather-covered spring-steel clip that fit over the cylinder and secured the otherwise fully exposed pistol. A leather toe pocket was then sewn around the bottom of the skirt to keep the muzzle in place and the gun stabilized; there was nothing in between, thus the term “skeletonized.” To draw, the gun was simply pulled out and away from the steel clip. With the rig latched down to the opposite shoulder and waist belt with a leather tie, it was pretty easy to pull back your coat with the off-side hand, rip the gun out of the holster clip and go to work.”
“The First Shoulder Holsters”
--Dennis Adler
September 23, 2015
GUNS OF THE OLD WEST, Fall 2015
http://gunsoftheoldwest.c...-holsters/ 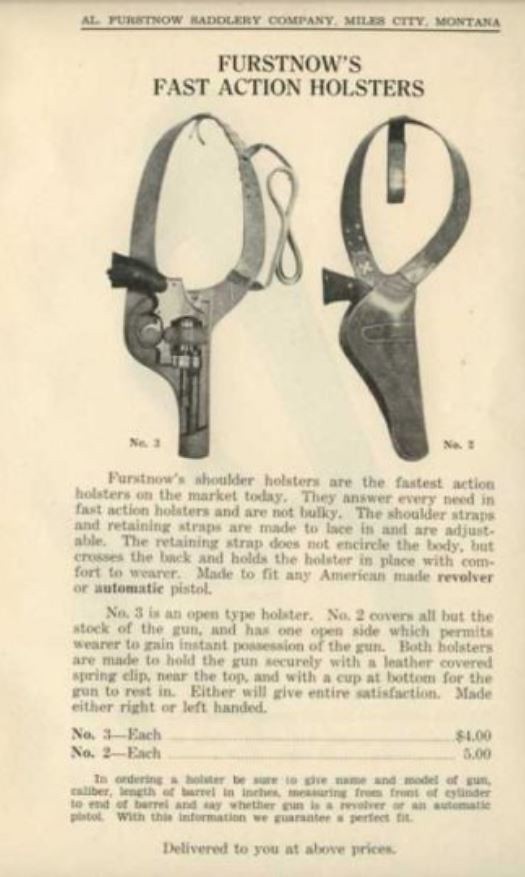 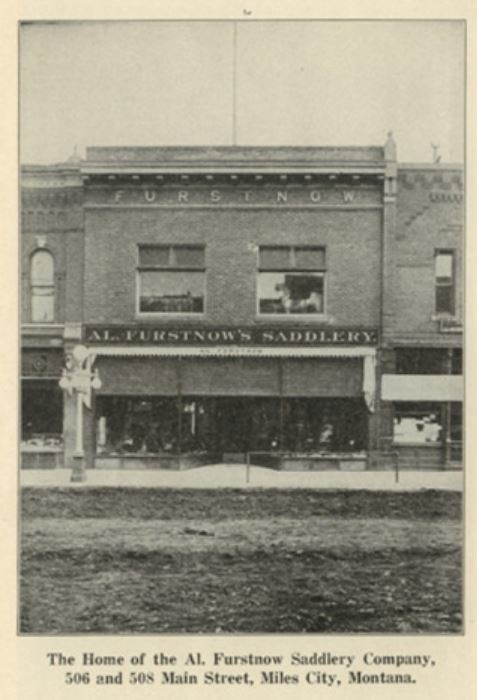 http://milescitysaddlery....story.html
permalink
Top
+4
-0
SPONSORED
Post new topic Reply to topic
Half Off Jaycee's Memberships
Anyone going from Billings back to MC today?