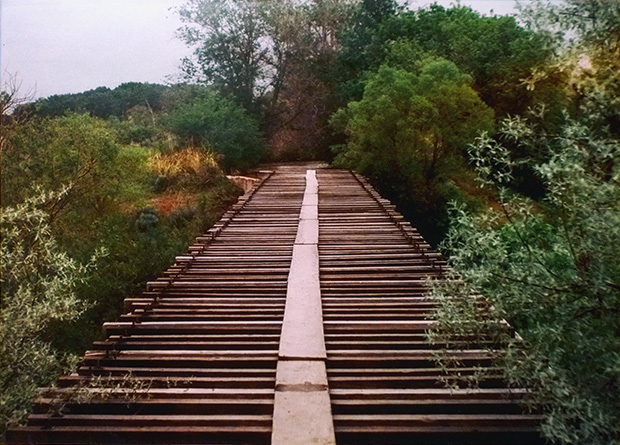 permalink
Top
+5
-0
SPONSORED
On hot summer days and nights, after enough beer to be ten feet tall and bullet-proof, somebody always brought up "shooting the flumes".

I remember those railroad ties whipping by like fan blades, about 6" from the end of my nose on many occasions. Even more freaky on a dark night when you couldn't see them.
permalink
Top
+3
-1
founder
supporter
Remember that I'm a urban commando, be nice.

permalink
Top
+1
-0
supporter
Man I hit my head on those suckers a couple times. But what a rush it was. Some things that the young people will never experience is a shame.
permalink
Top
+0
-1
supporter

The past actions of a combat pilot. "He flume across the DMZ".

A chute with water going through it?

Dictionary says "an inclined channel for conveying water" or "an artificial channel or trough for conducting water".

In this case, the raised T and Y irrigation ditch going over Log Creek, at about the 9 mile marker south of town.

Seems like we always called it "the flumes" though. As in, "hey, let's go shoot the flumes".

Which would entail jumping in one end, float/shoot through it while trying not to have your face hit the overhead ties, and if you were daring enough -- shoot out the end and attempt to grab a rope dangling in the churning water there in order to save yourself. If that seemed too dangerous, then grab one of the ties before the end and pull yourself up through -- which could also be a task with the current and water rushing over you. The difficulty depended upon how full the ditch was.

Also, bonus points for jumping off the dirt embankment into the ditch right before the flume's entrance.

permalink
Top
+2
-0
admin
moderator
founder
This is what the exit looked like: 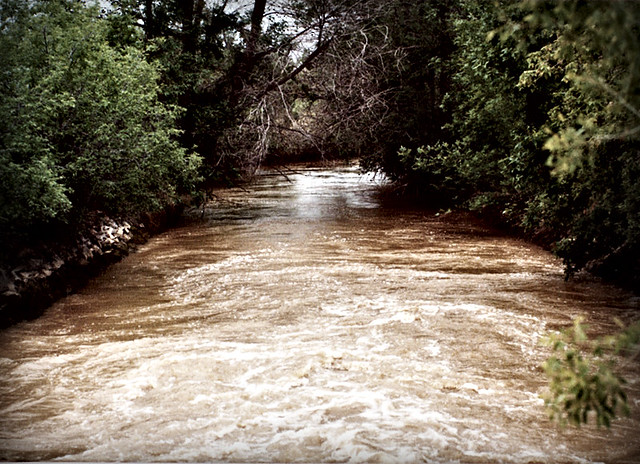 Last Chance by Larry Antram, on Flickr
permalink
Top
+1
-0
moderator
founder
Not the flume south of Miles City but similar:

permalink
Top
+1
-0
supporter
Somebody must have died out there or something in the 10 years between Larry and Dave's salad days and mine, because I don't recall 'the flume' being something that people did. Jumping off of Paragon was a big thing for a while, but not the flume.
permalink
Top
+1
-2
moderator
founder
I have it in my head that someone did drown at the flumes in the early 1980s, but I don't recall for sure. It seems like he got entangled in the rope at the end of the flume.

"Shu" stated on the "You know you are from Miles City, when:" thread that a person nearly drowned at the flumes but was saved. Maybe that is the same incident I am thinking of.
permalink
Top
+1
-0
Yeah, there were fatalities. It happened then and it happens now. It's a risk one takes by being born.

Back in the day, we played "war" with BB guns; we shot off cherry bombs and M-80's without adult supervision on the 4th of July. We messed around with "torpedoes" that were lifted out of a caboose (some of you know what they are). "We "hopped freights" and played on or fished from the railroad bridge on the way to the pumping plant. Some of us even walked across the Yellowstone on the ice in winter.

When we got older we hunted with pistols, rifles and shotguns and drank beer on road trips, in cars without seat belts. We got drunk and drove 130 mph on bias-ply tires to "shoot the flumes".

In retrospect; was it stupid?

Well, I suppose so, but it sure as hell was fun.

And some of us survived it all.
permalink
Top
+6
-3
supporter
oh ffs. I was just trying to figure out why there was a distinct drop off in fluming activity between 1983 and 1993, not make a statement about the grand pussification of american youth.
permalink
Top
+3
-5
founder
supporter
sponsor
Can you still slide down 12 mile dam? I wore the back pockets off a few cutoffs doing that.
permalink
Top
+0
-0
Back in the day as they call it we used to make pipe bombs using gun powder and fire cracker fuses to set them off on the dikes of the Tongue River just north of the railroad bridge west of town. Damn lucky we are still alive.
permalink
Top
+0
-1
Where the chute ends and the water flows out into the ditch, you could swim all the way under the flume from side to side if you stayed low enough. If you didn't stay low enough in was down the ditch.

Bridgier wrote:
oh ffs. I was just trying to figure out why there was a distinct drop off in fluming activity between 1983 and 1993, not make a statement about the grand pussification of american youth. 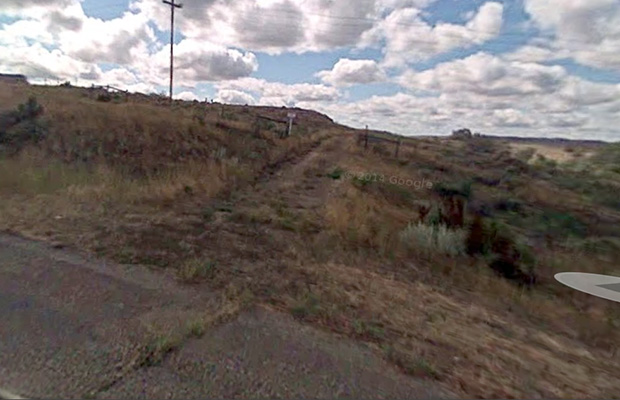 Where the turnout still appears to be there. Although I can't read the sign. It might say "No Trespassing" or something similar.
permalink
Top
+0
-0
admin
moderator
founder
You can also see the whole area in satellite view. 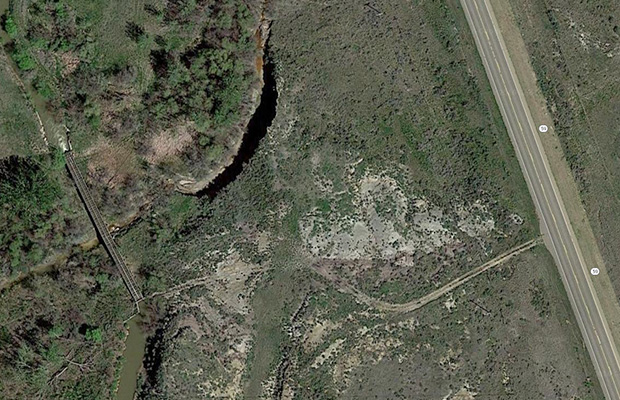 So who knows. Not the safest or wisest of activities anyway.
permalink
Top
+1
-0
Im pretty sure john brewer almost died from drowning while shooting the flumes back in 1986, Wasnt long after the whole thing was closed off, posted no trespassing and patroled by county sheriff office til cold weather came.
permalink
Top
+1
-0
supporter
My friends and I did it in 94-96 many times
permalink
Top
+1
-1
In 64 and 65 we use to go out there once in a while and it seemed like the more beer you drank the more fun it was. Then we use to jump off a cliff that was, or so it seemed, about 20 feet above the ditch and once again the more beer the more appealing it seemed. If my memory serves me right it seems like it was near 12 mile dam. And yes regardless what I ended up doing I did push certain buttons frequently but never got caught which may have changed my life to who knows what end.
permalink
Top
+3
-0
supporter
I graduated in 1980 but I have no memory of this. Perhaps I only associated with the 'cats' in high school.
permalink
Top
+0
-2
supporter
Like smoking punk wood, it was a testosterone thing. I knew it existed but I was never that stupid.
permalink
Top
+0
-5
SPONSORED
How many flumes were there? We never had anything like this back East. I did a Google map search and followed the canal clear back to 12 Mile Dam. It appears there are two of the old ones like you have shown and then there are two newer open top ones.
permalink
Top
+0
-0
Post new topic Reply to topic
More Odds & Ends
Greatest books about Montana