"Much of the public believes Trump is a hugely successful developer, a television personality and a failed casino operator. But his primary business deals for almost a decade have been a quite different endeavor. The GOP nominee is essentially a licensor who leverages his celebrity into streams of cash from partners from all over the world. The business model for Trump’s company started to change around 2007, after he became the star of NBC’s The Apprentice, which boosted his national and international fame. Rather than constructing Trump’s own hotels, office towers and other buildings, much of his business involved striking deals with overseas developers who pay his company for the right to slap his name on their buildings. (The last building constructed by Trump with his name on it is the Trump-SoHo hotel and condominium project, completed in 2007.)

"In public statements, Trump and his son Donald Trump Jr. have celebrated their company’s international branding business and announced their intentions to expand it. “The opportunities for growth are endless, and I look forward to building upon the tremendous success we have enjoyed,” Donald Trump Jr. said in 2013. Trump Jr. has cited prospects in Russia, Ukraine, Vietnam, Thailand, Argentina and other countries. . . .

"The Trump Organization also has dealings in Russia and Ukraine, and officials with the company have repeatedly stated they want to develop projects there. The company is connected to a controversial Russian figure, Vladimir Potanin, a billionaire with interests in mining, metals, banking and real estate. He was a host of the Russian version of The Apprentice (called Candidate), and Trump, through the Trump Organization, served as the show’s executive producer. Potanin is deeply tied to the Russian government and obtained much of his wealth in the 1990s through what was called the loans-for-shares program, part of an effort by Moscow to privatize state properties through auction. Those sales were rigged: Insiders with political connections were the biggest beneficiaries."

Wake Up, America! Who do you think Putin and his Russian oligarch friends want to win the 2016 presidential election? Hint: It's not Hillary Clinton!
permalink
Top
+1
-5
SPONSORED
supporter
MCD,

Give it a rest, take up tatting or oil painting for a while. You are preaching to the choir on this site

permalink
Top
+8
-3
supporter
ike-
If you don't like reading this stuff, don't click the link. Problem solved.
permalink
Top
+5
-7
supporter
Ike is right. Mary Catherine is preaching to the choir here at mc.com, as her posts are directed to people who: (A) can operate a computer; and (B) can read. Obviously mostly Hillary supporters.

If you want to reach out to the vast majority of Trump supporters who, in the words of the Man himself, are the uneducated, posting something that is meant to be read is obviously not the way to go. An advertisement on Fox News would work best, as those unintelligent yokels have a hard enough time clicking the television set on, let alone tying their shoes.
permalink
Top
+4
-2
supporter 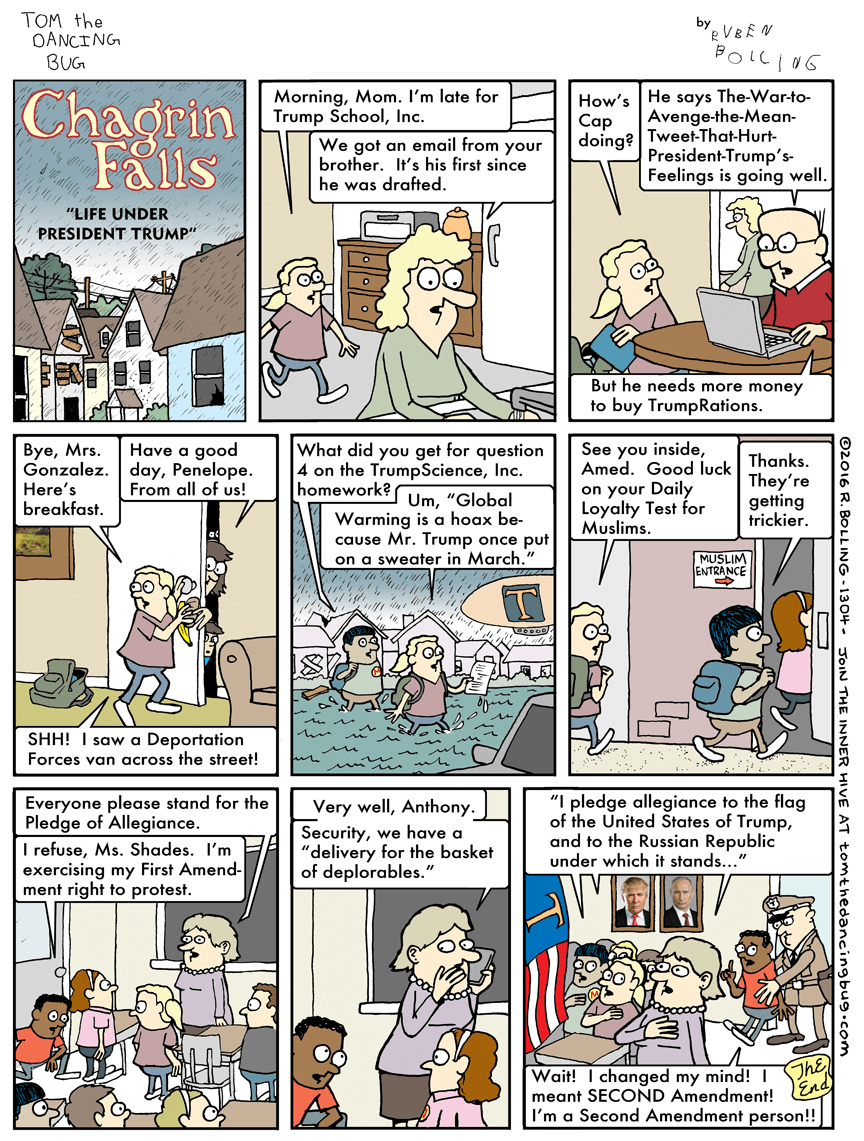 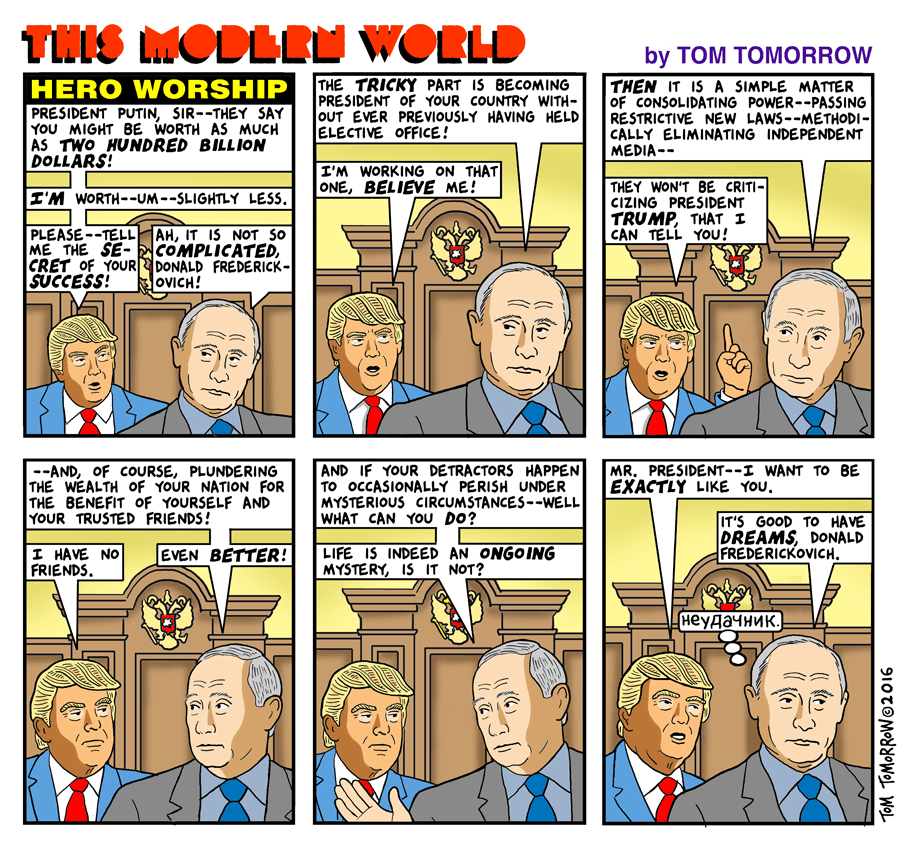 The Queen of the Harpies is in full crash and burn mode.
permalink
Top
+4
-4
supporter
Oddjob is correct. The inevitability of President Trump has arrived.
permalink
Top
+1
-5
For me its a win-win. If Clinton wins, we get a flawed but competent president. If Trump wins, we'll have the greatest clown show in the history of the world.
permalink
Top
+4
-2
SPONSORED
Nope.

One way, it's a clown show. The other is an escalation of the crime wave.
permalink
Top
+1
-3
Post new topic Reply to topic
Donald Trump: The Shame of our Country
Putting Small Businesses out of Business