All ages welcome! The Bureau of Land Management will be on hand with Smokey to talk about wildfires, fire safety, and more! 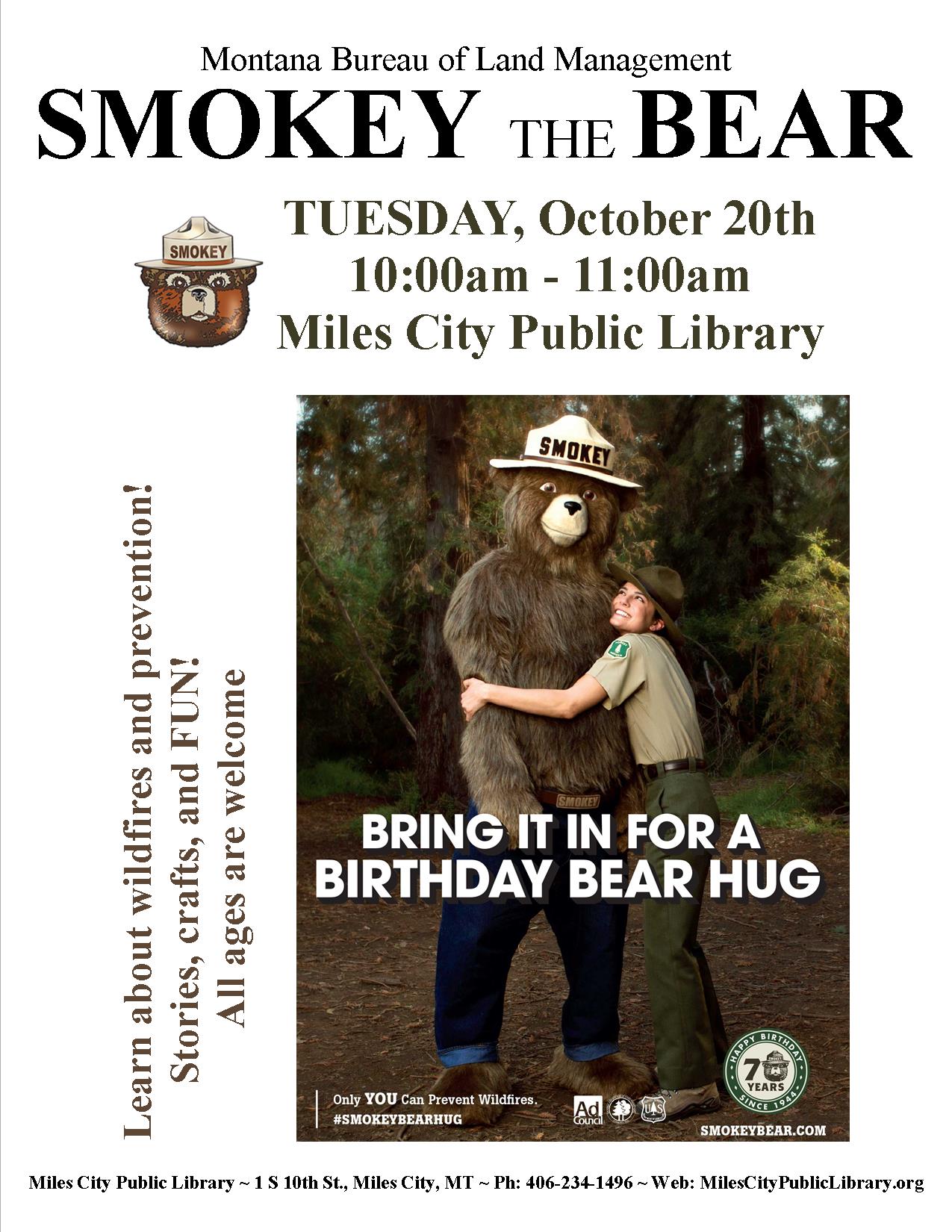 permalink
Top
+0
-0
SPONSORED
supporter
Umm.. will Santa the Claus be there in December?

This guy would be more representative of the reality of "land management" provided by BLM, USFS, NPS, etc..

Richard Bonine, Jr. wrote:
Why are you trying to turn Miss Hannah's annoucment into another policey debate? Give it a rest.

How numerous, coming from you.

If you want to give your kids a little fatasy trip, give them Yogi instead of a fascist government agency.

The reality of the BLM,USFS,etc, in this day is armed goon squads,not Smokey Bear. They lost the right to be warm and fuzzy the first time they drew down on US citizens.
permalink
Top
+0
-2
founder
supporter
Is this in reference to that lunatic Clive Bundy in Nevada? Man is a crook and nut and drew first, as they say.

I have a wonderful limited edition Smokey Bear figurine I will bring in for the event.
permalink
Top
+1
-1
No Amorette.

It's not about Bundy. Although Bundy is a pawn in an American tragedy that has been destroying the lives and livelihoods of American citizens in the West for 70 years. Ever since the US land "management" agencies morphed from being public servants, into a fascist gestapo, armed and ready to kill, to promote various causes which are destroying the very ecosystems they allegedly seek to "protect".

It's about people like Wayne Hage, who was literally litigated to death in his fight to keep historic grazing rights. It's about Raymond Yowell, a Western Shoshone, who had his cattle stolen and sold by the Feds, who then billed him $180,000 for past grazing fees and garnished his Social Security when he couldn't pay. It's about the Dan sisters who had their horses confiscated at gunpoint because they believed for years that the Ruby Mountain Treaty gives then access to grazing Indian lands.

It's about Dick Carver, the Nye County Commissioner, who faced down armed USFS gestapo to re-open an RS 2477 road in his jurisdiction. It's about the Filippini's and Tomera's in Battle Mountain, who today, are blocked from grazing and their private water rights and threatened with stock confiscation on a BLM flunky's whim.

That's what it's all about, Amorette. It's about real people you have never heard of and who do not exist in your bubble world. An apparent Clockwork Orange, where you can point guns at people, steal their goods, hammer them with endless litigation to destroy their lives and still be Smokey Bear.

Wake up.
permalink
Top
+0
-2
supporter
Umm... it's really about the fact that the Ruby Valley Treaty of 1863 failed to properly address a yet unknown split estate issue and "gold diggers" such as yourself, Oddjob. Perhaps the BLM does act a bit thugish in NV. But I think we have to consider the gun-toting, pyrite-sniffing clientel with which they have to deal.

The Miles City BLM office is not anything like what may be encountered in NV and you all should make time to go see Smokey Bear at the Public Library on Tuesday the 20th, from 10-11 am.