I'm worried it will lead to someone marketing Martian water.
permalink
Top
+0
-1
supporter

Amorette Allison wrote:
...I'm worried it will lead to someone marketing Martian water. 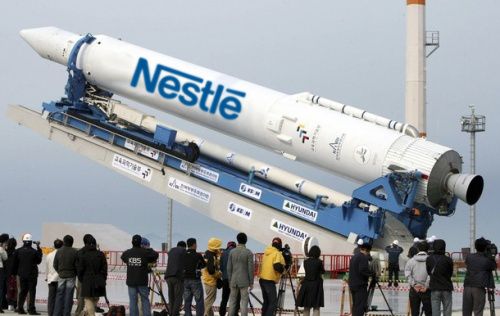 Amorette Allison wrote:
Rush Windbag, who describes himself as science guy, is worried that this announcement will lead to support for the "liberal" agenda.

Listening to Rush Limbaugh.... Or maybe not.

On rare occasions, I listen to Limbaugh when I'm traveling and I happened to hear that segment. What he was commenting on, was a lab-coated NASA (alleged) "scientist" at the press conference, discussing some "catastrophic event" on Mars which lead to "climate change" and the destruction of an earth-like biosystem with oceans a mile deep. Something there is absolutely no established science to support.

His point was the press conference was a clown show with a NASA climate change propagandist spouting the manta of the delusional believers. It was pure speculation and nothing more and it was immediately picked up by the wire services and the major "news" networks as the unbridled truth. Thus Limbaugh's conclusion that if it supports the liberal agenda it becomes headlines. If it doesn't, it's buried. No more, no less... He isn't "worried" about anything. After 30 years on the air, he knows how it works.
permalink
Top
+1
-1
moderator
founder
RUSH LIMBAUGH: "There's so much fraud. Snerdly came in today 'what's this NASA news, this NASA news is all exciting.' I said yeah they found flowing water up there. 'No kidding! Wow! Wow!' Snerdly said 'flowing water!?' I said 'why does that excite you? What, are you going there next week? What's the big deal about flowing water on Mars?' 'I don't know man but it's just it's just wow!' I said 'you know what, when they start selling iPhones on Mars, that's when it'll matter to me.' I said 'what do you think they're gonna do with this news?' I said 'look at the temperature data, that has been reported by NASA, has been made up, it's fraudulent for however many years, there isn't any warming, there hasn't been for 18.5 years. And yet, they're lying about it. They're just making up the amount of ice in the North and South Poles, they're making up the temperatures, they're lying and making up false charts and so forth. So what's to stop them from making up something that happened on Mars that will help advance their left-wing agenda on this planet?' And Snerdly paused 'oh oh yeah you're right.' You know, when I play golf with excellent golfers, I ask them 'does it ever get boring playing well? Does it ever get boring hitting shot after shot where you want to hit it?' And they all look at me and smile and say 'never.' Well folks, it never gets boring being right either. Like I am. But it doesn't mean it is any less frustrating. Being right and being alone is a challenging existence. OK so there's flowing water on Mars. Yip yip yip yahoo. You know me, I'm science 101, big time guy, tech advance it, you know it, I'm all in. But, NASA has been corrupted by the current regime. I want to find out what they're going to tell us. OK, flowing water on Mars. If we're even to believe that, what are they going to tell us that means? That's what I'm going to wait for. Because I guarantee, let's just wait and see, this is September 28, let's just wait and see. Don't know how long it's going to take, but this news that there is flowing water on Mars is somehow going to find its way into a technique to advance the leftist agenda. I don't know what it is, I would assume it would be something to do with global warming and you can -- maybe there was once an advanced civilization. If they say they found flowing water, next they're going to find a graveyard."
permalink
Top
+1
-0
founder
supporter
Climate change is real. Evolution is real. Gravity is real. Get over it.
permalink
Top
+1
-2
supporter
"After 30 years on the air, he knows how it works."

permalink
Top
+2
-0
founder
supporter
Science is real. That scares people. Something that doesn't depend on their personal belief system but exists whether they believe it or not. I want to believe that gravity is lessening so I don't sag so much but no matter how hard I BELIEVE, I still sag.

permalink
Top
+2
-2
http://mediamatters.org/v...rus/205820
permalink
Top
+1
-2
I'm sorry, who has ever disputed Gravity? And where in religion does it say there isnt water on another planet.
permalink
Top
+2
-1
admin
moderator
founder
There has always been a bunch of weird theories about gravity:

In regards to the bible saying anything about water on other planets -- well, the people who wrote it didn't even know planets existed -- they thought they were stars.

But they also thought the world was flat, and the stars were put up there in some sort of layer (not very far up) only for the purpose of giving us light.
permalink
Top
+2
-0
supporter
"And where in religion does it say there isnt water on another planet."

Millions of your fellow Americans erroniously believe the account of creation as presented in the Hebrew scripture is a factual account of how the creation of the earth and "space" happened. Most Christian theology promotes the idea that we are gods special creation and that life ( or the building block of life) exists only here.

Recent scientific discoveries have cast significant doubt on this theology. Thus, collorary theological beliefs, like the notion of biblical inerrancey, are also proven false.
permalink
Top
+2
-0
founder
supporter
Evolution is a "theory" therefore it isn't real. Gravity is a "theory" and therefore it isn't real. I have heard that BS about evolution so many times from the ignorant that I cannot count.
permalink
Top
+1
-2
moderator
founder
I would like to offer up Rush Limbaugh as proof that evolution does not exist. At the very least you have to admit the guy didn't advance much past the eighth grade.

David Schott wrote:
I would like to offer up Rush Limbaugh as proof that evolution does not exist. At the very least you have to admit the guy didn't advance much past the eighth grade.

Considering his longevity and the size of his bank account, how relevant is your analysis?

Here's some facts Richard. In 27 years on the air, Limbaugh, all by himself, has lasted 21 years longer than Air America. He has 10 times as many affiliates as Air America ever had and has never taken a dime from Media Matters and George Soros. Soros' money was the only thing that kept Air America afloat after the burnout rate hit critical mass at the end of the first year.

After 27 years, Limbaugh still has a gazillion in his audience, sponsors lining up for slots and his primary outlet is the dinosaur of media, AM radio.
permalink
Top
+2
-3
supporter
I love these little bits of analysis from Oddy. Gives you quite a bit of insight into how he sees the world.

Just because McDonalds sells a lot of burgers, doesn't mean the food is particularly GOOD for you.
permalink
Top
+3
-1
founder
supporter
I wonder how the fact that neutrinos have mass will advance the liberal agenda?

Popular and profitable does not mean quality and accuracy. It means crap sells well.
permalink
Top
+3
-2
SPONSORED
moderator
founder
The National Enquirer has been in business since 1926. Nevertheless, I wouldn't recommend listing the fact that you read it on your résumé.