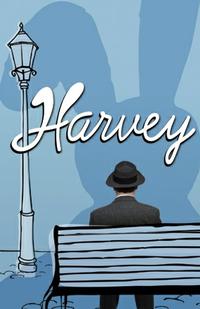 Elwood P Dowd is an affable man who has an imaginary friend by the name of Harvey. Harvey is a six foot three and one half inch tall…rabbit. Elwood’s social-climbing sister Veta is so embarrassed by Elwood’s behavior that she decides to have him committed for lunacy. In her attempt to do so she lets it slip that she can also see Harvey, which gets her committed instead of Elwood, a comedy of errors ensues in this Pulitzer prize-winning play.

Parts are available for adults and older teens, with 6 women and 6 men. The production will be brought to the CCDHS stage on October 23 and 24, with a possible performance one week later at the Yucca Theater in Hysham, MT. Harvey is directed by Katie Keith and Bert Pezzarossi.

Questions about auditions or to schedule an alternate time to audition, please call/text 406-853-1038 or 406-951-0447, or email [email protected] For the latest in Barn news, backstage access, contests, and more; LIKE the Barn Players Inc on Facebook! https://www.facebook.com/BarnPlayersInc

(If this time slot does not work for you, please schedule an alternate audition time using the information below)

Co-Directed by Bert Pezzarossi and Katie Keith. HARVEY comes to the Miles City stage October 23-24. Parts available for adults and older teens; 6 men and 6 women. This show may go on the road for a single performance in Hysham, MT on Sunday, November 1st (this is still up in the air, but people auditioning should know about the extra commitment).