Do not know.Sorry if I am a bit distracted but I am working on something.A cut.I rarely get cuts,but ask anyone,it happens.I have had people come to me and ask if I could sew them up.I am going to be pretty basic here.I explain that no I cannot sew them up.And when asked why I cannot sew them up I explain that if they were to go to a MD later they would/could ask who sewed them up.Trust me on this one,that would be unlikely to happen,that they would ever say I sewed them up.To sew someone up you have to have a surgeon`s license or you are in deep poop.I kind of was involved with a-I do not have the words right now.There was a Federal case that is known worldwide.You have read about it.There was not a surgeon.I know I am being vague.There is military federal involved.The guy died in flight because there was no one that was licensed to cut him open and fix the wound from a jacknife.I am/was personal friends with the Federal Attorney that prosecuted the case.There was a hospital
3/4 of a mile away.A friend of mine who is a bit eccentric,he bought a Russian field surgical kit.They are hard to come by.I think everyone should have one.Most Russian poop is crude,but it always procreateing works.I wonder if the show MASH (mobile army surgical hospital) would make sense to anyone today.I was in the DOD,well anyway they have MASH units buried mucho grande in the middle east.And no I was not in the DOD I just had clearance to be there.An email is a legal contract unless it is stated otherwise in the email.This one is confidential and stated as such.To the point.You have something Larry.You have a conveyance of communication and it is being used to discuss very important topics. 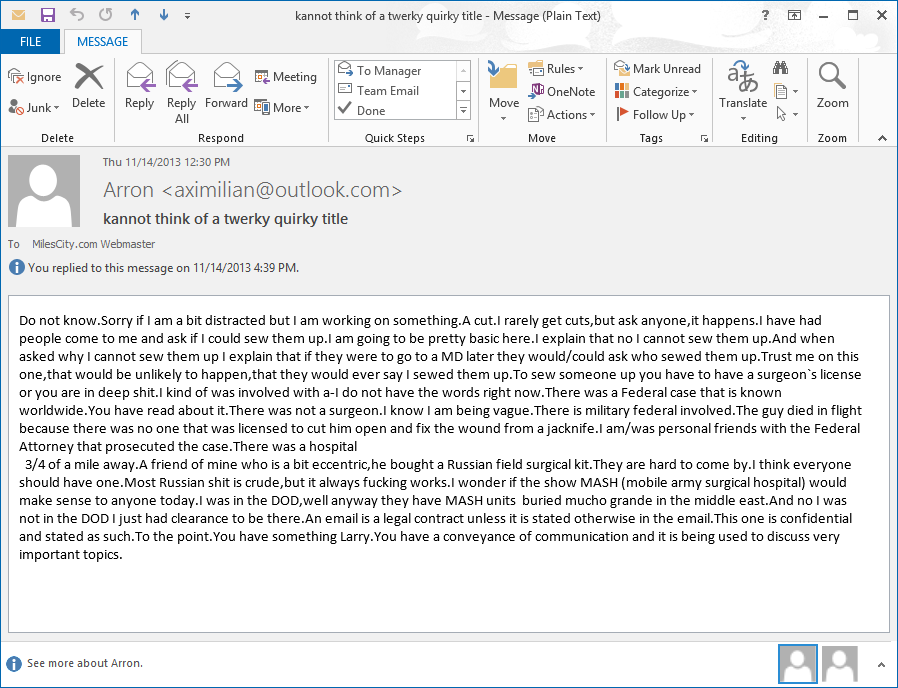 But I sure as Procreate can do it. Go ahead. Post this email and alter it too .send it to the fake friends you have.They will support you.Maybe.Well for a little while. Simple request.Restore My name and leave me alone as long as things go well. Geez Larry , I hope this is kinda confidential but you are kind of losing it.Post this but do not alter it . I kind of talked about confidentiality in the last email I sent you. I really do not have time for this Larry. You need to post this email like the last one and see what happens. I do not have time for this Larry. your pretend friends will desert you like print from yesterday`s newspaper.Post this on your website.I would rather work with you than against me Larry.Choice is yours. Sorry about the french there. 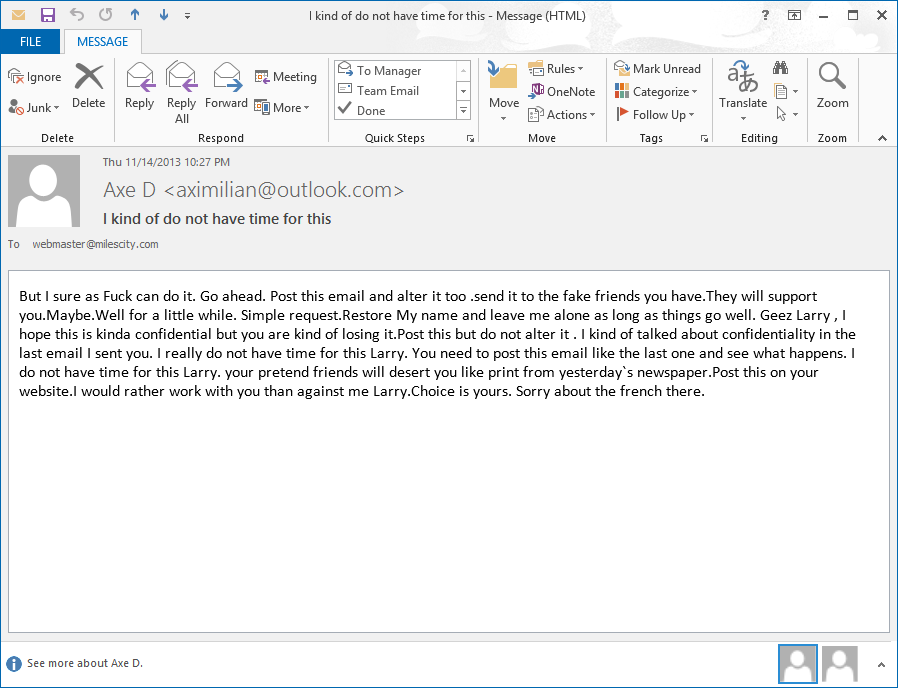 Do you alter a lot of emails sent to you and then post them on MilesCity.com?Are they portrayed as factual? Perhaps I am singled out? This is in regards to an email that I sent you and then you altered the email I sent you and then you posted it at MilesCity.com where you are webmaster.Post this one unaltered on your site.Post this one if you want,but you have already posted an email that you altered that came from me that you then posted on your site.An email is a legal document Larry,I know you know that.I would make a joke about you using white-out on your computer screen but ........... 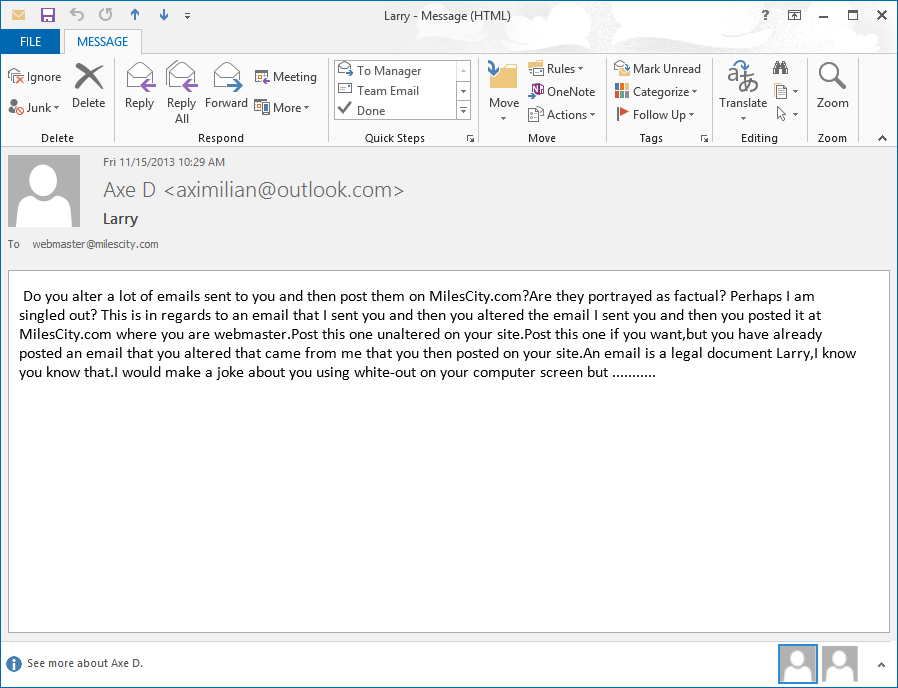 Seems like The Crazy Thread should have at least one post from Cactus Plains...
permalink
Top
+0
-0
supporter
sponsor
I feel like I might need a few cocktails before I am properly acclimated to this conversation...