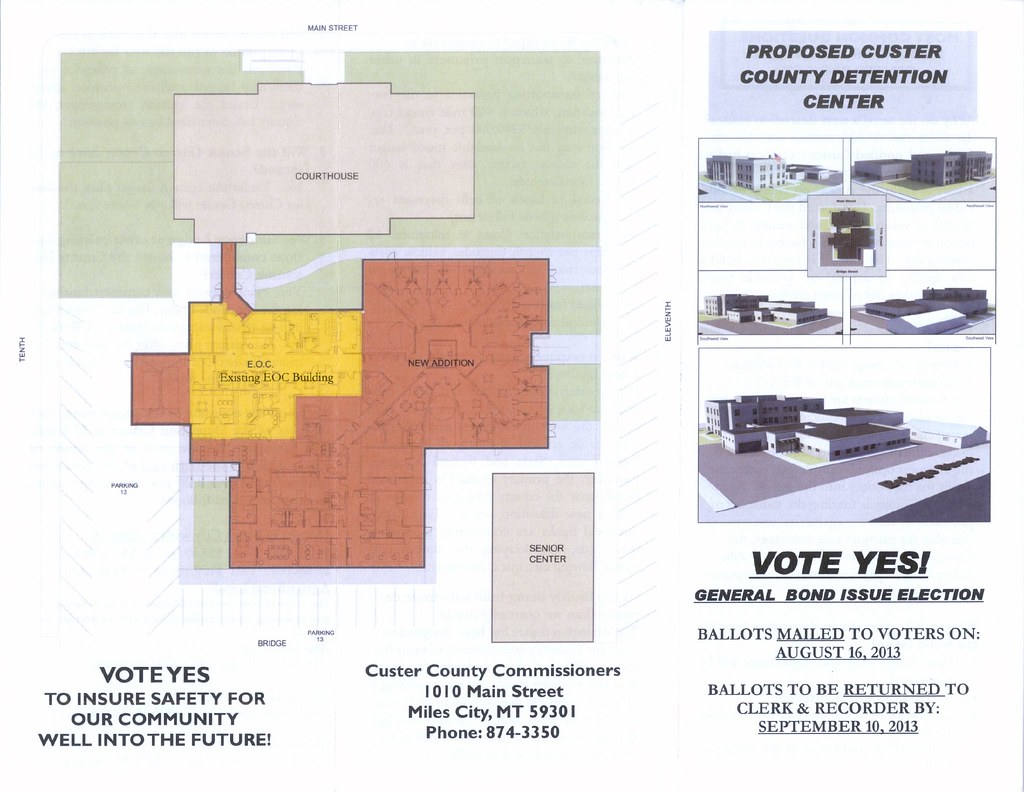 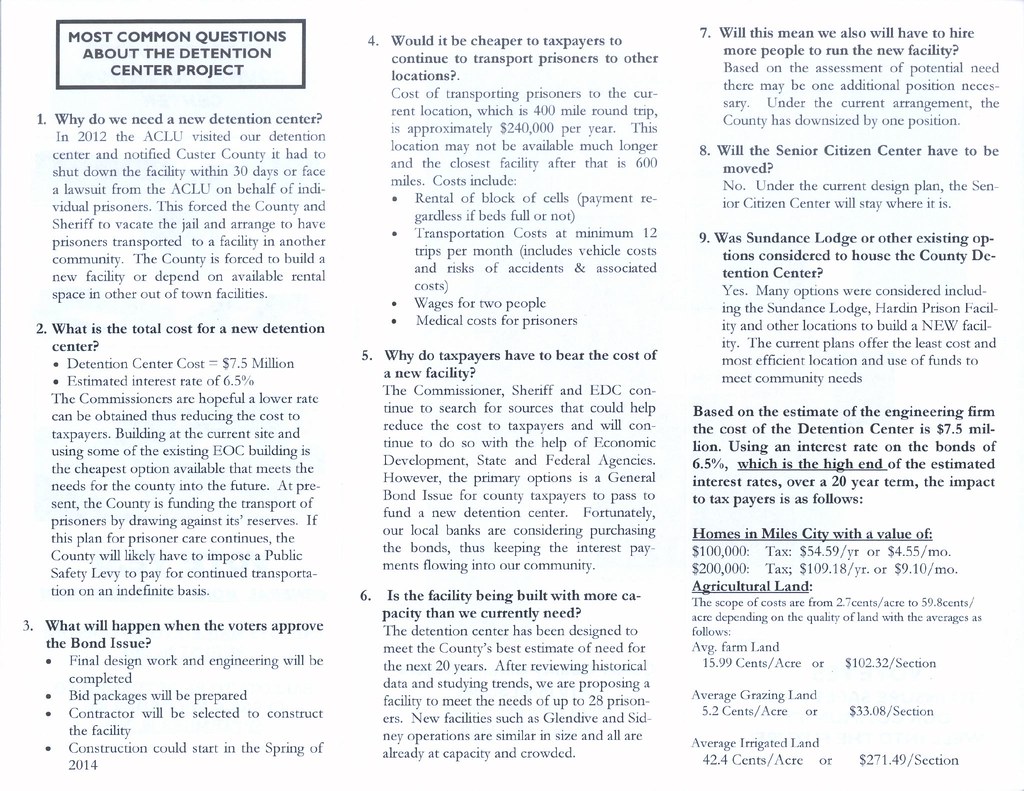 More education now will lead fewer future guests in your detention facility. You know, the whole ounce of prevention thing.

Besides, Hardin has a perfectly good detention facility with plenty of space ... ship the miscreants there if you must.

permalink
Top
+0
-0
First of all, thank you for posting the pamphlet, as I had not yet educated myself on the issue.

Second, now that I have read the pamphlet, I have several questions that maybe someone can answer, mostly in regards to section 4 of the pamphlet.

1. Section 4 states that our current arrangement costs us approximately 240,000 per year. It states this include (correct me if I'm wrong), wages for 2 people. However, section 7 states that "under the current arrangement the county has downsized by one position". So, have we downsized by 1 position, or have we upsized by 1 position (the wages for 2 people - downsizing by one position)?

2. Wouldn't we have to pay medical costs regardless of whether the person is being detained here or elsewhere? Are the medical costs higher at the other facility than they would be here?

3. What are the overhead costs of the new facility expected/estimated to be?

4. Does the 240,000 figure include the cost of food? If it does, once again, don't we have to pay that cost regardless of where the individuals are being detained?
permalink
Top
+0
-0
supporter

Besides, Hardin has a perfectly good detention facility with plenty of space ... ship the miscreants there if you must.

Great idea, Brian. Let's return to the 1883 county boundary and the facility in Hardin is... shazam... in Custer County.

Seriously, it would be a great idea for the Custer County to talk with Big Horn County to learn some important lessons. For example, make sure your heating and cooling systems are adequate. They've actually replaced both on the empty prison here. Make sure than you keep the swinging doors shut. Several of them in the Hardin facility were left open and due to there weight are now warped and won't close. Lot of lessons in what not to do.

A new facility in MC is IMO an unfortunate necessity. Let's not kick this can down the road any farther!
permalink
Top
+0
-0
supporter
I sincerely do NOT mind paying Real Estate Taxes. I do like them to go to the county where I reside. however. Using our tax dollars to pay for incarceration in Glasgow and wherever else, is primitive at best. There are creative ways of generating some income within a complex that helps to lighten the taxpayer load and I am sure they will take everything into consideration. A "Yes" vote is a no-brainer

permalink
Top
+0
-0
Your property tax's will go up if you vote yes. Read the bottom of the ballot! Course, Maybe we want to house more law breaker's on main street, and pay for them???
permalink
Top
+0
-0
supporter
I know...the property taxes will go up but not that much. We will house them one way or another...better in our town than paying for them to be housed in Glasgow and having to haul them there. We will be paying for that anyway and those costs could go up due to fuel prices, vehicles, etc. It is always good to be self-sufficient, I think. IMO.
permalink
Top
+0
-0
SPONSORED
supporter
DJ4, if your real property is assessed at $100,000, your taxes will increase approximately 15 cents per day. A lot of Miles Citians have property assessed at less, so their increased commitment would be even smaller.

This is a good investment for Miles City and a chance to do something right for our future generations. We hear a lot about the evils of passing on liabilities to our children. Well, this is our chance to take care of something now, so there is one less concern for them. Considering all of the infrastructure issues in our town, easing their burden, even just a little bit, is the responsible course of action.
permalink
Top
+0
-0
Post new topic Reply to topic
City Budget
Weather at your house last night?