MSNBC wrote:
NASA's Mars rover Curiosity has apparently made a discovery "for the history books," but we'll have to wait a few weeks to find out what the new Red Planet find may be, media reports suggest.

The discovery was made by Curiosity's Sample Analysis at Mars instrument, NPR reported Tuesday. SAM is the rover's onboard chemistry lab, and it's capable of identifying organic compounds - the carbon-containing building blocks of life as we know it.

Grotzinger said the rover team won't be ready to announce just what SAM found for several weeks yet, NPR reported. The scientists want to check and double-check the results, to make sure they're for real.

http://www.msnbc.msn.com/...nce-space/
permalink
Top
+0
-0
SPONSORED
supporter
Cool! I wonder what they found? My guess would be maybe amino acids? 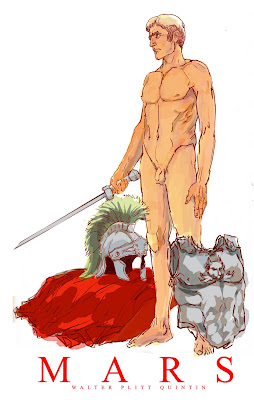 In my opinion anything that is hyped as much as this, usually amounts to not much.

permalink
Top
+0
-0
moderator
founder
Makes me think of "Ginger" and "cold fusion".
permalink
Top
+0
-0
supporter
I, for one, find soil testing on Mars fascinating. For example, what is the pH of soil there, what element are present in the soil, does the Mehlich III extraction procedure work on martian soils, is the soil high in bicarbonates, will ion-exchange resins work there, etc. All very interesting questions if you ask me.
permalink
Top
+0
-0
FUNNY THAT HAS BEEN ON LINE FOREVER AND THE NEWS MEDIA KEPT NOT DISCUSSING IT SIMPLY B/C THEY DID NOT WANT PEOPLE TO VOTE FOR HIM. THE TAX PLAN HE HAS WAS MUCH BETTER THAN WHAT OBAMA HAS TO OFFER
permalink
Top
+0
-0
supporter
David are you refering to Ginger from Gilligan's Isle or the spice?
permalink
Top
+0
-0
moderator
founder
"Ginger" was the codename for the Segway scooter when it was being developed. Before the scooter was made public, Dean Kamen hyped it so much implying his soon to be announced invention would forever change society.
permalink
Top
+0
-0
supporter
The first man to reach Mars had barely crawled out of his spaceship when he was approached by a group of strange-looking creatures. They had faces covered with long green hair with eyes that looked like the headlights of a subway train. "Who are you?", gasped the astronaut.

"We are the Furries," they explained.

"Take me to your Leader", said the astronaut.

Well, the leader looked just like all the other Furries, with one additional feature. Out of the top of his head grew a large hypodermic needle. "What are YOU called?" stammered the astronaut.