FH
permalink
Top
+0
-0
SPONSORED
Why are you being so mean im trying to help...thats all...if i was in need i would hope someone would do that same for me....ya i may have posted about it a lot and i apologize but im just egar to sell and when i can,help people out especially PEOPLE THAT LOST EVERYTHING TO A FIRE...every little thing helps,and i could give a rats ass about what the next posts are goin to be so blah blah blah after this go ahead cause i know it goin to happen but i know im doing good by trying to help someone thats in need....

[This message has been edited by neonfreedom (7/12/2012)]
permalink
Top
+0
-0
supporter
sponsor
You're absolutely right. That crossed the line into being mean and I apologize.

FH
permalink
Top
+0
-0
moderator
founder
Who wouldn't want a "well used" * mattress?
permalink
Top
+0
-0
I know you said "wouldn't" But any body that doesnt have any thing would want something better then nothing to sleep on..."BEGGARS CANT BE CHOOSERS",And by well used means that it is kinda lumpy...

I bought used paint from the hardware store before
permalink
Top
+0
-0
supporter
Actually, posting a lot of posts trying to give away something is sometimes the smart thing to do on these forums...

lol... ever go to the classifieds sections..

12:55pm (same day) Help! I need a doghouse! I will come and pick it up!
permalink
Top
+0
-0
Maybe if they raise the price at the dump we would work on being a little greener in this disposable world we live in. Hit Craigslist in a big city at their free list, they try to give anything and everything away. In fact in Portland OR you pay $18 a mattress or $25 a set to throw it away.
permalink
Top
+0
-0
WOW. Talk about kicking a gift horse in the teeth. Kindness and caring will take you so much further in life before sarcasm and just plain nastinesss. JMO.
permalink
Top
+0
-0
supporter
I have a well-used sense of humor for giveaway. Some of you are obviously in desperate need.

[This message has been edited by Buck Showalter (7/12/2012)]
permalink
Top
+0
-0
Also, neonfreedom is Estonian.---bahaha thats pretty darn funny considering i was born and raised in miles city mt and am american..but thank you for thinking you know it all and assuming...man you are all making my day so much better cause laughing at all jokes about me are so funny....
"It is so funny when people get internet balls,become bullies and think what they say is really goin to effect you..."
THANKS AGAIN FOR ALL OF YOU MAKING ME LAUGH...I REALLY DO HOPE THAT YOU ALL HAVE A GREAT DAY/WEEKEND AND STAY COOL DURING THIS HOT WEATHER!

[This message has been edited by neonfreedom (7/12/2012)]
permalink
Top
+0
-0
supporter
I've found it generally helps to have a thick skin on the internets, particularly here at mc.com.

NOBODY IS HERE IS REALLY MAKING SERIOUS FUN OF YOU.

However, the more you freak out over this, the closer you move to Danny K. Allen territory, and tbh - we were all making serious fun of him.

You could try what I've been trying to teach my son: when someone teases you about something, take whatever it is they're teasing you about and begin incrementing it one step farther until they're the ones who are now uncomfortable. Start with the lumpy mattress. So many possibilities with a used lumpy mattress.
permalink
Top
+0
-0
However, the more you freak out over this---exactly why i was saying I REALLY DO HOPE THAT YOU ALL HAVE A GREAT DAY/WEEKEND AND STAY COOL DURING THIS HOT WEATHER!
permalink
Top
+0
-0
moderator
founder 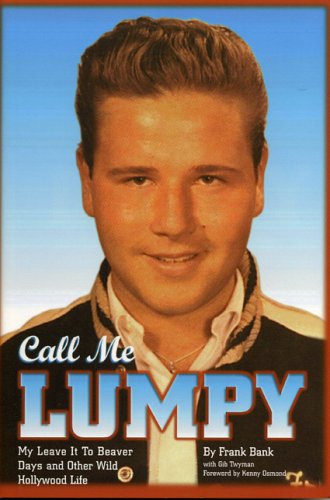 permalink
Top
+0
-0
supporter
I have a butthurt powered air conditioner. It's freezing balls in here.
permalink
Top
+0
-0
supporter
then take off your crotchless panties
permalink
Top
+0
-0
Stop picking on Neon. I met her. She's a sweetheart. Maybe she doesn't realize that most people's perception of a used mattress includes some of the most nastiest things an imagination can think of on it. Even though in her case it might have not.
Neon, give a call to St. Vincent DePaul. They may take it. They send it out to get sanitized if it's in decent shape otherwise they might tell you to just take it to the dump for other peoples heath safety. And safet is the main issue here if nobody else tells you that.
Good luck Neon!! Maybe see ya 'round!
P.S. I was the person that picked up the stools from you a little while back.

[This message has been edited by Seuk Samus (7/12/2012)]
permalink
Top
+0
-0
Thank you for that,ill do that for sure...i am concerned with the health and safety of others..i would never wish any harm or bad health on any one...Just simply want to help others that could you use any thing
permalink
Top
+0
-0
I think I found a picture of neonfreedoms used mattress...