All the Republicans who post here anymore are just drooling brain-dead morons...look at the "my husband makes more money when Republicans are presidents" comment, and the like.

I do miss Rick, and wish that the Republican party (or some SuperPac) would restore his funding to post again here.
permalink
Top
+0
-0
SPONSORED
supporter

permalink
Top
+0
-0
moderator
founder
Gunnar, in the absence of Rick, may I suggest you take to reading Rich Lowry's column on the National Review Online. It's a close substitute.

permalink
Top
+0
-0
supporter
I'm afraid, Duncan, that once you start letting knowledge flow in past the ear lobes, it is very difficult to expunge.

Although, it would be nice if some moderates started to return to the Republican Party, and shift it back to its historic right of center position, instead of extreme right where it currently is parked. 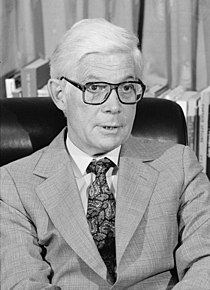 Sorry, it isn't an "experiment", so there is really nothing to "end".

I am much more likely to go on the "warpath" over the 1800-1900 years of repression of human sexuality brought on by the likes of Jerome, Augustine, and the rest of western "christian church", than I am to climb back into the narrow-minded Bonine bible-bubble box.

I imagine Stormfront or Redstate have forums, perhaps they all went there.

When I finally pressed him, he pretty much said that he doesn't think the federal government has no business in healthcare, education, anything but strict interpretations of the Constitution (as written in 1789 and ignoring subsequent amendments). Rick thinks that the federal government should step out of those arenas, and let the states decide for themselves.

I have to say, that there is a substantial portion of me that agree with Rick's position. That position would seem to be validated somewhat by "No Child Left Behind". On the other hand, if we returned to the Aricles of Confederation, our country would be in very sorry state of affairs (for all you conservatives who hate me and ignore everything I post, please Google George Will's excellent column on the proposed Eisenhower memorial).

So, in the end, as much as I admire the rugged entrepenour spirit Rick espouses, I do have to return to my Christian upbringing, and think that as a society we owe it upon ourselves to help out the less fortunate. Even if the less fortunate are just poor crack ho versions of the departed Whitney, we need to at least make an effort to try to help them. Or do you think otherwise, Levi?

Two coming developments, one dismal and one excellent, pertain to America's memory of a great man. One of several oversight panels soon will consider a proposed memorial to Dwight Eisenhower. The proposal is an exhibitionistic triumph of theory over function - more a monument to its creator, Frank Gehry, practitioner of architectural flamboyance, than to the most underrated president. Fortunately, on Tuesday comes Jean Edward Smith's biography "Eisenhower in War and Peace," which demonstrates why the man's achievements merit a memorial better than the proposed one.

Filling four acres across Independence Avenue from the National Mall, the memorial will have a colonnade of huge limestone-clad columns from which will hang 80-foot stainless-steel mesh "tapestries" depicting images evocative of Eisenhower's Kansas youth. And almost as an afterthought, there will be a statue of Eisenhower - as a boy.

Philip Kennicott, The Post's cultural critic, says that the statue suggests Eisenhower "both innocent of and yet pregnant with whatever failings history ultimately attributes to his career."

Failings? A memorial is not an exhaustive assessment, it is a celebration of a preponderance of greatness.

Kennicott praises Gehry's project because it allows visitors "space to form their own assessment of Eisenhower's legacy." But memorials are not seminars, they are reminders that a person esteemed by the nation lived and is worth learning more about.

Kennicott says that Gehry's project acknowledges that "few great men are absolutely great, without flaws and failings." Good grief. If Ike, with all his defects, was not great, cancel the memorial.

Kennicott celebrates the "relatively small representation of Eisenhower" because "there were other Eisenhowers right behind him, other men who could have done what he did, who would have risen to the occasion if they had been tapped." How sweetly democratic: Greatness can be tapped hither and yon. But if greatness is so abundant and assured, it is hardly greatness, so cancel all memorials.

So far, the best remembrance of Eisenhower is Smith's superb biography of one of three Americans (with Washington and Grant) who were world figures before becoming president. Eisenhower entered the White House having dealt with such demanding military men as John Pershing, Douglas MacArthur and George Marshall, then FDR, Churchill, Stalin (Eisenhower was the only foreigner ever to stand alongside Stalin atop Lenin's tomb), de Gaulle and others in the excruciatingly complex task of conducting coalition warfare with the largest multinational force ever assembled.

Intellectuals and journalists, who are often the last to learn things, regarded Eisenhower as amiable and mediocre. He was neither. He was cold (see Smith on Eisenhower's dismissal of his wartime companion Kay Summersby). He was steely (a three-to-four-pack-a-day smoker, he quit when "I simply gave myself an order"). He was brutal (he used financial pressure to bring Britain to heel during the 1956 Suez crisis). He was subtle (he assisted de Gaulle's seizure of power in France in 1944, contrary to FDR's fervent wishes). He was audacious (he evaded Churchill by dealing directly with Stalin).

After Eisenhower quickly liquidated a stalemated war in Korea, no American died in combat during his presidency. Twice, concerning the French besieged at Dien Bien Phu in Vietnam and during the Formosa Strait crisis, he resisted - a president with less military confidence might not have - his most senior advisers advocating the use of nuclear weapons.

Smith is most mind-opening regarding Eisenhower on race. In February 1953 - 15 months before Brown v. Board of Education - he vowed to use every power of his office to end segregation in the District of Columbia and the armed forces - two-thirds of Army units were still segregated five years after President Truman's integration order. By October 1954, no more segregated units existed.

In 1957, he sent the 101st Airborne to integrate Little Rock's Central High School. In 1958, he told the Red Cross to ignore a Louisiana law requiring that blood from black and white donors be segregated. This was in character: In 1942, when Australia desperately sought U.S. troops but said a law prohibited blacks from entering the country, Gen. Eisenhower said, "All right. No troops." Australia quickly saw the light.

Smith, biographer of Lucius Clay, John Marshall, Grant and FDR, writes: "[Eisenhower] was buried in a government-issue, eighty-dollar pine coffin, wearing his famous Ike jacket with no medals or decorations other than his insignia of rank." His memory should not be buried beneath a grandiose memorial that contributes only to the worsening clutter on and around the Mall.

Or do you think otherwise, Levi?

No. Why do you ask?
permalink
Top
+0
-0
Post new topic Reply to topic
Free concert
Montana - what do you think?