Green Bay Packers
Sam Barnett
David Schott
Brian A. Reed
KEITH B
Brian A. Reed
Terry L. Brown
Big Dave
Gunnar Emilsson
Big Dave
SeptyTwo
julieinmc
Bob L.
Chris Gamrath
Brian A. Reed
Levi Forman
Chris Gamrath
Brian A. Reed
Michael A. Preller
Sam Barnett
Stone
Post new topic Reply to topic
I was born in Miles City in 1948 and moved to Wisconsin in the mid fifties. I have been an avid Packers fan ever since. I know their are Packer fans all over. Any in Miles City?
permalink
Top
+0
-0
SPONSORED
moderator
founder
I think there might be a few Favre fans lurking around here. 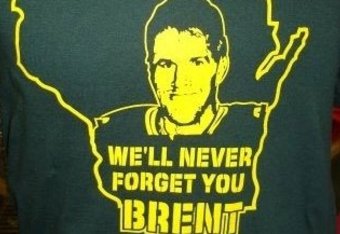 permalink
Top
+0
-0
When I lived in Miles City, there were two:

After watching the Pack destroy the Viqueens Monday night, I'd have to say that Aaron Rogers is playing the NFL QB position as good as it gets. The Packers' receivers are okay, running game is below average, defense/special teams are slightly above average....but Aaron Rogers' play just elevates them into the stratosphere. Kinda like what Brady did a few years ago.
permalink
Top
+0
-0
supporter
Actually Gunnar, almost nothing I say here is meant to be taken seriously. Like Frank Hardy and others, I am usually trying to be funny, but for me more often than not it falls flat, sort of like a Tim Tebow pass on a 9 yard out pattern.
permalink
Top
+0
-0
supporter
Back in 1984, I lived about 6 blocks from the SF 49ers camp. That's the year they played about 10 miles south of us in the Super Bowl against the Dolphins... Since then.. the Niners have been my ONLY team..

I'm sorry to say... but come playoffs... they may or may not go to the Superbowl... but during the playoffs.. expect the Packers to be upset...

I waited a long time to get excited again lol

permalink
Top
+0
-0
supporter
OK all you Packers fans, several years ago my nephew gave me a 1997 Reebok Super Bowl jacket. Now, this coat has been worn, and baby, it's warm! It is black wool with leather sleeves and beautiful embroidered patches. A nice large one on the back and, I believe another smaller one on the right or left front breast. It needs a good professional dry cleaning. I think the size is XL or even XXL. I just know it was huge on me. My nephew used to deal in collectables, attended this game as a VIP and told me these were the coats made for the players only. I've never seen anything else like it.

I've been thinking about selling it. Any ideas of what it might be worth? I'm pretty sure it is quite a treasure, and even more to a Packers fan as that is the game they defeated the Patriots at the Superdome.

Your input would be appreciated. Maybe someone knows where I could get a fair appraisal. Thanks for any help you may offer.
permalink
Top
+0
-0
supporter
Big Dave:

Tebow is going to take Denver to the Promised Land, three yards at a time!

[This message has been edited by Bob L. (11/18/2011)]
permalink
Top
+0
-0
supporter
Since they don't appear on here very often, I'll lend their die hard bleed cheese love for the Packers from my extended Gunther family!! They are loyal to the Packer Nation and you better watch your back ifn's you're going to utter the word "Favre" in their house. You just might get smacked up along side the head!

permalink
Top
+0
-0
People who conveniently forget what Brett Favre did for the franchise are procreating idiots and really shouldn't consider themselves Packers fans.
permalink
Top
+0
-0
supporter
As another life-long 49er fan, Aaron Rodgers is a bitter pill to swallow since he was a Cal player and said before the draft that he wanted nothing more than to be a 49er. However, Mike Nolan in his great wisdom took Alex Smith instead because he didn't think Aaron Rodgers would let him boss him around enough. Alex is getting something of a redemption this year and Rodgers may not have become the QB he is if he had been in San Fran but there's still no question about who would be the better QB to have right now.

This is a great year to be a 49er fan and thanks to DirecTV's NFL Sunday Ticket promotion I have been able to watch every game. I can't quite share Septytwo's enthusiasm about a hypothetical NFC Championship game between the 9ers and Packers though. I think we could win, but I think the Packers win that matchup 7 out of 10 times at least. On the other hand, the idea of the game happening at all would have been unthinkable last year or any year since like 1998 so it's been great to watch.
permalink
Top
+0
-0
supporter
Some fans are willing to forgive and forget Brian, some are not. Does not make them any more or less of a fan. I'm thinking that if Elway had decided to hang it up and then came back only to play for the Raiders, there would definatly be a few less Elway fans in the world too.
permalink
Top
+0
-0
Yes. Wanting to continue to play football when you're being pushed out the door by the front office certainly is an Unforgivable Sin.

The temerity of some people.
permalink
Top
+0
-0
Been a Packer fan since I was six. I first watched them with my dad ona B&W TV (couldn't have been bigger than a 19 inch) then one day while at a friends house I seen a couple of books written by Jerry Kramer, one of the all time great Packers. In the inside cover of one of the books was a short note to his cousin (my friends mom). I asked Mrs. Riley about the book and she told me about her cousin and that he had sent her the book. To think that one of the greatest linemen of all time came from the Jordan, MT country is kind of neat.

I endured the awful teams of the 70's and 80,s when a 500 season was a great success. I remember the harassment of friends and look back and chuckle. I also remember the great sucess of the Holmgren era with Farve, White and so many others. Now with the current squad, its great to be a cheesehead.

I took my oldest son back to the Holy Land about six years ago and we had the time of our life, Green Bay is a great football town and the people are great.

The Pack is Back and is loaded for Bear(s) for years to come.

One last thing, I was a bit annoyed with the whole situation between the Packers and Farve..., not being in the room when the talks were being held, I don't know what happened but I am sure none were totally innocent of the actions that played out.
permalink
Top
+0
-0
I am glad to see so many Packer fans from my old home town
I live between Milwaukee and Green Bay which is perfect because we have the best baseball and football venues around. If you get a chance to visit you will be overwelmed by either and I promise you will have a ball. The fans are very friendly and knowledgable.
Being a cheesehead is great but I have always been proud to say
I was born in Montana. Go Griz!
permalink
Top
+0
-0
SPONSORED
supporter
Count me in. We went to the holy land 7 years ago. It was fantastic. My favorite things Beer, Football and cheese.
permalink
Top
+0
-0
Post new topic Reply to topic
A bit of gratitude ...
Child Labor Question