Update on the Rapture Part Deux
poisonspaghetti
bigsky
Buck Showalter
Bob Netherton II
bigsky
Buck Showalter
bigsky
Buck Showalter
Wendy Wilson
bigsky
Richard Bonine, Jr.
Cheryl Pieters
K. D.
Josh Rath
bc8907
Amorette Allison
Russell Bonine
Wendy Wilson
Bridgier
bigsky
Hal Neumann
bigsky
Post new topic Reply to topic
The Rapture previously announced for October 12 has been postponed to October 21, possibly due to a typo in the prior update. Those of you looking for the "End of Days" are advised to stop looking as there will be no big display of any kind, rather the end will come very, very quietly. So quietly, in fact, that no one will even notice, thus making it impossible to prove that it hasn't happened. That JC is one tricky guy.

If you wake up on October 21st, you should assume that you have been left behind along with everyone else you can think of. That is all.

if christians cut peoples heads off on the internet and blew up innocent civilians for s#$ts and giggles would you give them the same respect you give muslims?

what if christians were added to hate crime legislation? would you mock them then?

permalink
Top
+0
-0
Well, today is the day. Who is gone? Not me (obviously)....
permalink
Top
+0
-0
Did a Yahoo search on the Rapture to see what went wrong this time, and noticed these pics in the images section. Thought they were funny. 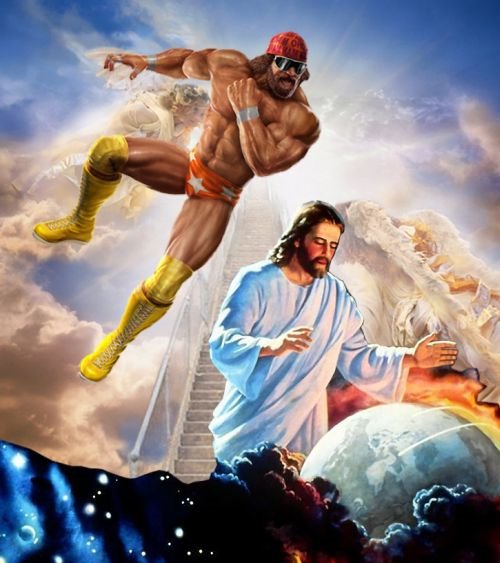 They seem to be pretty sure about this... Although for some reason everyone I know is still here.

Who knows, maybe Miles Citians have been left off the rapture list.

permalink
Top
+0
-0
The Macho Man saved our asses in May, but he won't be able to catch J.C. by surprise this time, as he's been cast down to Hades to give Hitler his daily watermelon (punishment/reward I guess). So we'll have to see if anyone's got our back for Round 2.

pretty sure the parable of the tares puts any belief in a pre tribulation rapture to bed.

Heretic.
permalink
Top
+0
-0
lovin ya windy, you're swift. right on top of things. good to see.

[This message has been edited by bigsky (10/21/2011)]
permalink
Top
+0
-0
founder
supporter
sponsor
Rapture? Crap . . . I gotta get new glasses. I thought everyone was fretting over a Rupture.
permalink
Top
+0
-0
SPONSORED
bridgier,,,,well i got nothing for ya...heritec....please
permalink
Top
+0
-0
Post new topic Reply to topic
Responsible Alcohol Sales and Service Act
Darwin Awards