permalink
Top
+0
-0
SPONSORED
supporter
Mt. Rushmore from the Canadian side??

permalink
Top
+0
-0
supporter
Since Mount Rushmore is in South Dakota, I don't think it would have a Canadian side.

permalink
Top
+0
-0
supporter
LOL, well maybe with a satellite image?? LOL...I think it is titled that to mean from the north side, perhaps...Who knows, but you get the meaning I guess...since Mt. Rushmore is no where near the North Dakota border that wouldn't work either would it LOL...

permalink
Top
+0
-0
supporter
FIND THE CAT IN THIS PICTURE....

permalink
Top
+0
-0
supporter
this expression on your dogs face is when you know to hang up the car keys... 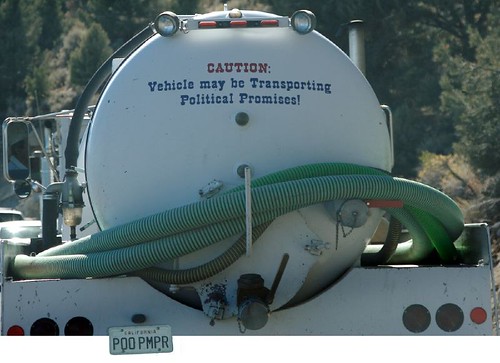 permalink
Top
+0
-0
supporter
You have to ask yourself, was the person that designed this sign, drunk or high when he did it??

permalink
Top
+0
-0
supporter
from a friend in Christchurch, New Zealand: 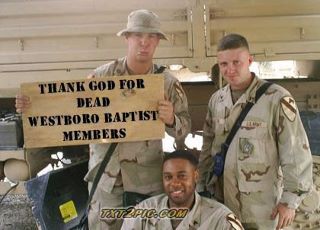 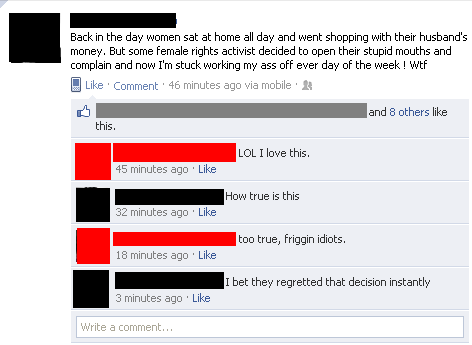 permalink
Top
+0
-0
supporter
More evidence that Fox News is as BIASED as possible to the right...

permalink
Top
+0
-0
"You're entitled to your own opinion, but not your own facts..."

permalink
Top
+0
-0
supporter
Cheryl, that chart has been debunked by snopes on the Republican, Spend, Spend, Spend thread, I believe it was...
http://milescity.com/foru...ew/218181/

permalink
Top
+0
-0
Snopes.com did not debunk that chart-a right wing blogger did after throwing in a bunch of irrelevant numbers that he claims "prove" this chart is wrong. He is just muddying the facts to twist this around.

There are three kinds of lies: lies, damned lies, and statistics.

Bush was handed a budget when he came into office of low or little yearly deficits. I think when he came into office the national debt was less than 5 trillion and when he left in eight years, it was over 10 trillion dollars, and he had high yearly deficits. Bush had an ideology of economic growth by only tax cuts and he ignored the problems. His economy was based on borrowed money on tax cuts, the Iraq war was estimated to cost as low as 50 billion dollars, as the quagmire ensued, it went up to a trillion and the overall cost estimated by Joe Stiglitz will be around 4 trillion dollars.

It would be hard to add up all the pros and cons. All I can say is that we had the roaring 20's under Bush and that we face a depression today. Bush "stayed the course" with his tax cuts and laissez-faire. While the economy looked good, many problems were piling up (all not his fault, but ignored). A housing crisis, a banking crisis, an auto crisis, the infrastructure neglected and to this day needs 2 trillion dollars, over the past decade 57,000 factories closed and 6 million jobs lost due to free trade, deficits and debt, and others that I forget.

The use of an ideology, his tax cuts, trickle down, voodoo economics and ignoring the problems came to a head at the end of his term. Obama is a mediocre president, and maybe at times at a loss, but by far, the Bush "stay the course" and the Cheneys "deficits don't matter-definitely brought our economy and two wars into the ground. And with everyone ignoring the effects of globalization and 2 billion cheap laborers is also bringing our country down. The Tea party is not helping anything, it is more of the same and more ignorance of the world. If we have a depression and no help from the private economy, it will be the government with all its spending that will try to get us out of this mess. The Bush "guns and butter" economics (the last time was under LBJ and inflation ensued for over 15 years) will likely effect our economy for some 20 years. While we need to get the deficit spending down, we also have used tax cuts for all these years without fixing any problems and you also have only half the country paying taxes as the job outlook looks bleak. Our biggest problems today is the lack of demand, all the stimulus has been used, and there are no jobs to stimulate anyway.
permalink
Top
+0
-0
supporter
LOOK FOR THE BABY IN THIS PICTURE

Cheryl, shouldn't you be out on a ledge somewhere?

Aww Cory, I am so disappointed in you and your willingness to stoop to a low level of bullying instead of offering any valid talking points. I have 2 favorite cousins who went to school with you back in the day and it doesn't sound like you were a bully back then-what has happened to change you? Previously I had thought of you as a well educated young man with a good mind, but when I see bullying instead of any sort of valid reasoning, I have to adjust my perception of you.

FYI, I live in a small farming community where none of the buildings are over two stories high, so I will be unable to give in to your bullying suggestion.

I choose to believe that you are not a bad person, but just brainwashed by Fox News.I can only assume you have "learned" from the "Best"...

7. Bullying. This is a favorite technique of several Fox commentators along with
Character Assassination/Ad Hominem. Fox does not like to waste time debating the idea. Instead, they prefer a quicker route to dispensing with their opponents: go after the person's credibility, motives, intelligence, character, or, if necessary, sanity. No category of character assassination is off the table and no offense is beneath them. Fox and like-minded media figures also use ad hominem attacks not just against individuals, but entire categories of people in an effort to discredit the ideas of every person who is seen to fall into that category, e.g. "liberals," "hippies," "progressives" etc. This form of argument - if it can be called that - leaves no room for genuine debate over ideas, so by definition, it is undemocratic. Not to mention just plain crass.

[This message has been edited by Cheryl Pieters (10/18/2011)]
permalink
Top
+0
-0
supporter
Maybe I'm just not the nice guy that everyone thought I was. Or maybe I'm just a smartass. Either way, I do have to say how I love the fact that you align everyone who is not as passionate about this as you with Fox News and the extreme right. Couldn't be further from the truth, for me at least.

While I admire your dedication to the cause, I believe you have posted yourself right out of credibility. At first, you made great points, and you are very articulate. Your posts still have merit, but have grown in length and fervor, making them only noise in the room to me.

Somewhat like I do with many large, extended, over-written postings, I just zip right over yours now because I don't want to take the time to rehash the topic.

I guess that is what I meant by "shouldn't you be on a ledge somewhere", although it is not as humorous to me to say it in such great detail.

I'm sorry to have disappointed your cousins.
permalink
Top
+0
-0
supporter
Your disliking long posts says something about you...what, I don't know but it isn't good IMO...In order to learn, one must at least be a reader...Some of the best posters on this web site are IMO avid readers....maybe you should try to start reading more...

"The things I want to know are in books. My best friend is the man who'll get me a book I [haven't] read."

[This message has been edited by howdy (10/18/2011)]
permalink
Top
+0
-0
supporter
Well, again, my apologies for seeming to disappoint someone-yet again. I do not have a dislike of reading. I don't know how you can infer anything about me (good or bad) from a statement about my choice to read long posts or not. If you were taking a dig at my intelligence based on your assumption that I don't like to read, you would be mistaken on both accounts.

I won't impose upon you by assuming that I can raise your assessment of me through a listing of my accomplishments, education, or experience.

I prefer to not read someone's continuing repeat of their opinion/outrage/view/disgust/anger of a situation-especially when it consists of pages upon pages of information. I can form my own opinion, and I can appreciate someone else's. I may not agree with it, but I don't need to read it over and over in 100 postings to get that Cheryl is angry and disgusted by the situation.

There is a very fine line between admirable passion for a cause and being the crazies on a ranch writing fictitious warrants for judges in the middle of a stand-off. One can win you an award, the other jail time. However, some may say either way the person gets recognition. Guess it depends upon what you are looking for.
permalink
Top
+0
-0
supporter
How very glib of you...I wish you well...
permalink
Top
+0
-0
moderator
founder
Well said, Cory.

permalink
Top
+0
-0
supporter
places that are the 99% occupied protests so far... permalink
Top
+0
-0
For those that say the occupy wall street are law breakers that get arrested. I want you to think about why they are getting arrested. Also, WHO is telling you they are "mobs" or "un-American". It is the same people supporting the fascist corporate state. Wake up!

This is the Humor, Jokes & Games Forum. Shame on you for mocking the Lord

Who, where, and how is the Lord being mocked?

Please note this is a HUMOR forum. And yes, WELCOME to MC.com.

Shame on you for mocking the Lord.

The lord wasn't being mocked. Republicans were. That being said, if Jesus Christ can survive hanging on the cross, then I am sure he can survive a friggin' joke.
permalink
Top
+0
-0
supporter

permalink
Top
+0
-0
supporter
WHO YOU CALLING A DUMB BUNNY??

Caption of picture claims this is in North Dakota near oil fields, but I have no idea if that is true but what a mess that is...
permalink
Top
+0
-0
supporter