If you're going to quit, then quit. But don't just sit in a corner not speaking.

FH
permalink
Top
+0
-0
SPONSORED
supporter
sponsor
The money amount that showed on that calender was pledges, not actual cash collected.

When it was crystal clear that this community will not support a concrete pool, we as a group took a break.

Granted it has been longer than expected.

I for one do not have the time nor desire now to keep pushing the project ahead.

Perhaps a new round of volunteers will pick up where the current group has left off.

It's a worthy project...
permalink
Top
+0
-0
supporter
sponsor
Maybe this will help get someone inspiration:

From the 15 dumbest things you hear at work.

15) Best Shored - as in, we're going to have this project "best shored." Ouch. Talk about euphemisms. This isn't even proper English AND it's insulting and foreboding all at the same time.

14) Too Many Indians, Not Enough Chiefs -- I'm amazed that in our politically correct world, this phrase seems to linger on. And in reality, it's usually the other way around-- there are far too many middle managers trying to prove that their jobs have some meaning and impact and not enough people actually doing work.

13) Run it up the Flagpole and see if someone salutes it -- Wow. This is guilty of so many things, but most importantly of trying to tie poetic imagery and patriotism into a business decision.

12 ) Evolutionary not Revolutionary -- we get it, you're talking about incremental change. But the fact that this rhymes does not merit that ridiculously smug look you get after you say it.

11) Can't Change a Leopard's Spots-- Are you saying that some things are permanent? Wow, great observation! You're so clever!

10) Do you have Enough Bandwidth? - The answer to this is always supposed to be yes but in reality is no. Why bother asking it? And does it make sense to use a networking metaphor to discuss the 45 year old woman in accounting's availability?

9) Let's not Fight the Tide -- this is humorous because the person that says it generally would stand no chance of fighting anything but a twinkie wrapper. You know what I mean, too.

8) Let's Not Go Into "Solution Mode" Yet - Immediate translation: I have no plan. Secondary comment: I didn't realize that you had to enter a particular state of mind to solve a problem. Shouldn't companies always be in "solution mode"?

7) Keep the Train on the Tracks -- this essentially says nothing. Trains are at their very foundation of design meant to stay on tracks. A derailment is a one-in-a-million accident, not something you have to actively work against. Yet this is said as if it's an everyday occurrence.

6) Sing from the Same Hymn Book -- not only is this offensive to people who don't practice organized relgion, but anyone that has sung from a hymn book knows that half the people are frantically trying to find what verse they're on while the ones that are singing are butchering the song. By the time the first half catches on to where they are, everyone else is at "amen."

5) Work to a Program -- as opposed to working haphazardly? "Hey boss, I want to work as randomly as possibly, OK?"

4) Tighten our Belt -- belts go around the middle... meaning we're going to squeeze the people who actually do the work, and leave the top alone.

3) Give 150% -- you are aware that this is actually an impossible task, yes? Then why do you say this at practically every meeting?

2) Peel Back the Onion - This is an insanely odd reference, as I can pretty much guarantee most people don't peel back onions ever, yet for some reason that's become a basic part of their job description.

And the #1 worst work saying:

Please call the people @ Fun 2 U who handled the money. I am sure they would be happy to answer your questions.

We had several pledges from a variety of people. I do believe there was one donation that just was mailed into us.

I spoke with a board member this AM. A plan is forth coming as to what to do with Fun2You.

When it is decided what to do, I am sure a report will follow in the Miles City Star.
permalink
Top
+0
-0
supporter
Can someone tell me what happened in Miles City to make some people so suspicious of non-profit boards?

I've never seen a community that had so many individuals with such paranoid tendencies when it comes to fundraising. Why does every worthy effort by very trustworthy and civic-minded folks have to get sullied by a chorus of worrywarts wondering about a few bucks here and there? This isn't the norm in most communities, so I figure there must be a dark spot in Miles City's history. Did someone at some point steal the cheese out of the community larder? And has that nasty deed somehow tainted every worthy effort since? Ya gotta wonder....

As for Fun2U, that group did a TON of work, hired a director for a while to manage the effort, produced plans, etc. Those are all legitimate costs and even at that, I'm sure the good folks at Fun2U managed to get them done at bargain basement prices. Any donations that were actually received were obviously put to good use. Does anyone really see a problem with that?

So to Frank and all of the other worrywarts, unless you PERSONALLY gave money to Fun2U and are parsimonious enough to want it back because the effort has stalled, here is some good advice:

Either say "Thank you for trying" to the honorable and respectable people who worked very hard to do something GOOD for Miles City, or forget about it and find something else to worry about.

And if you did give money personally and are the parsimonious type, then please do yourself a favor and just call one of the Fun2U board members privately to ask for your quarters and dimes back. Because to do it on a public forum like this makes you look not only silly, but cheap. Really really cheap!


PS to Fun2U- I called from a payphone just to let you know that I don't want any money back. The call disconnected before I could finish. Could you please send me my 25 cents?
permalink
Top
+0
-0
supporter
You're hopeless Frank - truly hopeless. 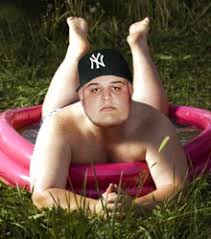 permalink
Top
+0
-0
Can I ask what put a stop to things? It looks like a lot of time and effort went into it. We've been in MC a year and I haven't heard anything about it. Why wouldn't the community support it?
permalink
Top
+0
-0
Thank you Steve!

Frank, Where is there a pay phone in MC?

Klew-
Thank you taking interest in your new community. Instead of looking for speculation on this forum, I would honestly wait until an official Press Release comes from Fun2U's board. The organization may have not cashed in the chips yet. If you feel a passion for a concrete pool and recreation center in MC, please contact one of the board members (please refer to Fun2U's website).

Jen Nagy
On Fun2U's volunteer list
permalink
Top
+0
-0
Thanks Jen, after I get the chickens I'll look into it!

Where Have You Gone Fun2U?

Gold chains and sleeping with your wife.
permalink
Top
+0
-0
SPONSORED
Hopefully fun2u isn't like scumbag steve (google it if you don't understand) permalink
Top
+0
-0
Post new topic Reply to topic
does anyone have a job for a reliable good person.
Ivan and Antionette Seward