Do you think that it is wiser to spend the money on Facebook ads, or recruit my own friends to like the page? I already spent around 60 dollars and got 10 likes out of it

I just wanted to know what you think? Spend money to make money or use word of mouth (well, word of social networking sites).

Input?
permalink
Top
+0
-0
SPONSORED
supporter
You got "a" job due to social networking or you got a job as their social network person?

If it's the former - congrats.

If it's the latter and you're asking these questions... I think you need to get some basics under your belt first.

If the boss isn't in to approve it I just turn in a receipt. I sit @ a desk and get hourly wage+ benefits

It's a great job, just using the smartest people I know (you guys) for ideas

We do advertise in all mediums, so I will have to make sure they add the FB link to all of our other ads

permalink
Top
+0
-0
supporter
I won't rain on the parade *too* much but I will touch on a few things:

1. Don't do a drawing or any prize-oriented thing unless your boss runs it through a good attorney. Local or national (if it's on the internet you have to be careful about national/international) games of chance/prize have serious legal elements. If you think it's no big deal you could easily land your boss in serious trouble. Don't do a giveaway unless it's run through the wringer by an attorney who deals with these things.

2. If you don't know CPM or CPI of keywords/ads or how to get them, demographics from server logs, how to key and track your ads, what PPC means or similar - you're into territory you don't understand.

3. If you are into territory you don't understand - what will happen when you get unmeasurable, if any, results? Is this your job or did you just take it on because you are "social" in online communities?

I know it sounds like I'm slapping you with the questions so sorry if it sounds harsh but since I live and work in SEO, marketing and social media circles I'm puzzled as to what you're up to - hoping you don't have your job on the line with it?

Again, honestly not trying to be mean but it sounds like this is new territory to you - and, again, hoping your job doesn't hinge on it. 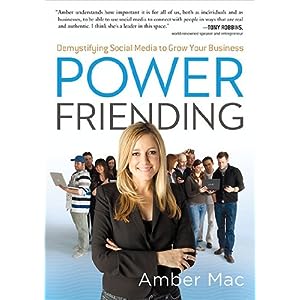 I haven't read it but I occaisionally listen to her podcast and I think she is legit.
permalink
Top
+0
-0
Thank you Dan for your input. No, I didn't just take the job because I have been using facebook and myspace since their dawns. I took the job because it was entry level and frankly, California's economy sucks ATM and I need a job

Advertising and Marketing are the things I actually have passion for. I use CPC instead of CPI (or CPM like you said) for my facebook ads, and yes I understand target demographics, keywords, etc....I just don't know how powerful facebook really is in terms of use for a car dealership. It's hard to sell cars as is, and I don't know whether people liking my facebook page will prosper any results. Hence the question is it worth spending money on Facebook ADs.
permalink
Top
+0
-0
supporter
CPM - cost per thousand, btw.

Facebook ads can be very effective if done correctly. They can be almost as costly of a mistake as a Google ad if you aren't prepared for them (which are very powerful).

However, the R&B website is ranked as a brand new website, essentially. The Alexa rating suggests it's barely refreshed and, in general, is missing lots of SEO work. Even the cookie isn't storing data correctly (it's missing two tokens).

SEO will probably be more important than social hits from friends of friends merely visiting the site. That won't likely grow business unless, obviously, they're looking for used cars in that area. "Spreading the word" in an enclosed eco system like Facebook has its own challenges - ads are no different. Bringing SEO up to snuff would be first priority before you spend money on, hopefully, inbound traffic generated by PPC.

So, not to sound circular (even though it is) Facebook, Google Ads (which are really more about inbound ranking improvement than actual advertising) would be useless until SEO is robust and bringing in exactly the type of traffic you could already measure.

Sure, Facebook could be great for a car dealership! Don't let Facebook naysayers fool you! However, it's sooooooo finicky because weight of inbound links improves with more organic growth and sudden surges of traffic from FB tend to dull rankings unless some other form of inbound can be referenced. (Eg. Facebook shoots your site a ton of links at the same time a newspaper site running an article on you sends you a ton of links too).

Translated: Facebook traffic is more valuable as a way to improve search engines than to get someone to buy from you.

If it's just Facebook... the best you're going to get is untargetted traffic no better/worse than a local newspaper.


If you go THAT route, consider getting a direct response rate with the paper (even if you set up a PO Box in another town) or pay to place ads in the National section with the stipulation you pay "up to [x]" as you measure results. Newspapers running Direct Response rates understand you'll pay a basic rate but will be willing to pay more if you can prove their newspaper sent you much, much more results. I've placed DR ads nationally and came off cheaper than selling a bicycle in the local section of the small town newspaper.

If people "like" your FB page it's really hard to measure, right? The number of "likes" doesn't equal a certain dollar amount.

Do you have access to server logs? If so, THAT might be useful... you MAY find that untargeted traffic for free beats paying for untargeted traffic via FB ads. Plus, there's no chance of a FB ad running away with your money if it is unexpectedly successful. Don't jump on a FB (or Google) ad unless you've done small scale testing and know exactly the type of result you're going to get.

CPC is typically lower on FB than Google. However, using a fan page for something secondary to used cars might be more useful. You're right - who wants to friend up a car dealership? So, consider ways you might create an event, a figure/person/spokesperson, or similar to give people a reason to hook up on FB. (Eg. How many people friend up Candice Michelle or Danica Patrick because they're attractive GoDaddy women as opposed to friending up a boring old domain registry? (GoDaddy)).

It can be worth it but Facebook, being what it is, probably won't work in the direct route. As you said - selling cars is hard enough, who wants to be solicited for them via FB? You may need secondary reasons that draw the FB type crowd. Also, be careful as FB has been changing policies for solicitation a lot lately - you don't want to have the page shut down for violating TOS.

Perhaps separating the work that needs to be done on SEO from the Social Networking would work best? The two can be related but mostly are not. Social Networking for business works best when the site has all its ducks in a row, has a strong Google ranking to make the social traffic worthwhile, and as a destination is ready to receive all the traffic (and statistics) it can. Facebook is one of many tools for a site like that. It would just be a dart thrown at a board for a business still working on its online presence.
permalink
Top
+0
-0
supporter
Why would they hire you to pay someone else to do the job? It sounds like you should sit down, type "Miles City" in the search box, filter the results to "People," and get cracking. Kids these days...
permalink
Top
+0
-0
Thank you Dan, I'm printing your response and sharing it with my boss. I'll wait 24 hours in case you oppose.

LMAO Buck. I should do that, but I doubt anyone is going to drive 1300 miles to buy a car.

Do "Fontana" then, even bigger market. Be the spammer.

Of all the things a person could do to bring traffic to a site or generate phone calls - was there something that made facebook appealing as an option?

Rather than share my response with your boss how about I introduce you to someone who does this for a living? Either hire them or you consult with them and dazzle your boss with your new-found skills?


...then hit him up for a bonus?
permalink
Top
+0
-0
Two words, book found. My boss found an article about Social Networking in a business, and "Social Media Best Practices for Automotive Dealers" So, he made this job opening and voila, I'm sitting here! Email me

[email protected]
permalink
Top
+0
-0
Visit freelancer.com or mturk.com. Freelancer will let you post jobs specific to this (ie. Need 5,000 facebook likes), and will let freelancers bid on your job. There are a lot of freelancers on it who provide 5,000 or more facebook likes via their "affiliates", and mturk.com is individuals who can do your "job", such as personally "liking" your facebook page for $0.01. I have a lot of experience doing social networking and marketing, let me know if you need any help or advice!
permalink
Top
+0
-0
supporter
This is refreshing. Someone had a question and others attempted to answer it without it melting down into the usual bull poop.