I hate loons, even when I was a chrstian, I still hated the protesters from westboro baptist, and actually got to talk to them. They quoted verses, I quoted verses.... turns out it was fruitless, they were nutso.
permalink
Top
+0
-0
supporter

Churches that do these things ought to lose there tax-exempt status.

I used to be on the side that all churches should loose their tax-exempt status. However, after recent SCOTUS decision allowing corporations to flood elections with money, I have changed my mind. Churches don't need any more claim to power in this country.
permalink
Top
+0
-0
supporter
Smiley, make sure you hit the Shift key.
permalink
Top
+0
-0
I'm sowwy. I'm on my droid and I don't really go back through and edit it before I post. Lol
permalink
Top
+0
-0
Shhhhhhh, we're told. Don't protest the Ground Zero mosque. Don't burn a Koran. It'll imperil the troops. It'll inflame tensions. The "Muslim world" will "explode" if it does not get its way, warns sharia-peddling imam Feisal Abdul Rauf. Pardon my national security-threatening impudence, but when is the "Muslim world" not ready to "explode"?

At the risk of provoking the ever-volatile Religion of Perpetual Outrage, let us count the little-noticed and forgotten ways.

Just a few months ago in Kashmir, faithful Muslims rioted over what they thought was a mosque depicted on underwear sold by street vendors. The mob shut down businesses and clashed with police over the blasphemous skivvies. But it turned out there was no need for Allah's avengers to get their holy knickers in a bunch. The alleged mosque was actually a building resembling London's St. Paul's Cathedral. A Kashmiri law enforcement official later concluded the protests were "premeditated and organized to vitiate the atmosphere."

Indeed, art and graphics have an uncanny way of vitiating the Muslim world's atmosphere. In 1994, Muslims threatened German supermodel Claudia Schiffer with death after she wore a Karl Lagerfeld-designed dress printed with a saying from the Koran. In 1997, outraged Muslims forced Nike to recall 800,000 shoes because they claimed the company's "Air" logo looked like the Arabic script for "Allah." In 1998, another conflagration spread over Unilever's ice cream logo -- which Muslims claimed looked like "Allah" if read upside-down and backward (can't recall what they said it resembled if you viewed it with 3D glasses).

Even more explosively, in 2002, an al-Qaida-linked jihadist cell plotted to blow up Bologna, Italy's Church of San Petronio because it displayed a 15th century fresco depicting Mohammed being tormented in the ninth circle of Hell. For years, Muslims had demanded that the art come down. Counterterrorism officials in Europe caught the would-be bombers on tape scouting out the church and exclaiming, "May Allah bring it all down. It will all come down."

That same year, Nigerian Muslims stabbed, bludgeoned or burned to death 200 people in protest of the Miss World beauty pageant -- which they considered an affront to Allah. Contest organizers fled out of fear of inflaming further destruction. When Nigerian journalist Isioma Daniel joked that Mohammed would have approved of the pageant and that "in all honesty, he would probably have chosen a wife from among them," her newspaper rushed to print three retractions and apologies in a row. It didn't stop Muslim vigilantes from torching the newspaper's offices. A fatwa was issued on Daniel's life by a Nigerian official in the sharia-ruled state of Zamfara, who declared that "the blood of Isioma Daniel can be shed. It is abiding on all Muslims wherever they are to consider the killing of the writer as a religious duty." Daniel fled to Norway.

In 2005, British Muslims got all hot and bothered over a Burger King ice cream cone container whose swirly-texted label resembled, you guessed it, the Arabic script for "Allah." The restaurant chain yanked the product in a panic and prostrated itself before the Muslim world. But the fast-food dessert had already become a handy radical Islamic recruiting tool. Rashad Akhtar, a young British Muslim, told Harper's Magazine how the ice cream caper had inspired him: "Even though it means nothing to some people and may mean nothing to some Muslims in this country, this is my jihad. I'm not going to rest until I find the person who is responsible. I'm going to bring this country down."

In 2007, Muslims combusted again in Sudan after an infidel elementary school teacher innocently named a classroom teddy bear "Mohammed." Protesters chanted, "Kill her, kill her by firing squad!" and "No tolerance -- execution!" She was arrested, jailed and faced 40 lashes for blasphemy before being freed after eight days. Not wanting to cause further inflammation, the teacher rushed to apologize: "I have great respect for the Islamic religion and would not knowingly offend anyone, and I am sorry if I caused any distress."

And who could forget the global Danish cartoon riots of 2006 (instigated by imams who toured Egypt stoking hysteria with faked anti-Islam comic strips)? From Afghanistan to Egypt to Lebanon to Libya, Pakistan, Turkey and in between, hundreds died under the pretext of protecting Mohammed from Western slight, and brave journalists who stood up to the madness were threatened with beheading. It wasn't really about the cartoons at all, of course. Little-remembered is the fact that Muslim bullies were attempting to pressure Denmark over the International Atomic Energy Agency's decision to report Iran to the UN Security Council for continuing with its nuclear research program. The chairmanship of the council was passing to Denmark at the time. Yes, it was just another in a long line of manufactured Muslim explosions that were, to borrow a useful phrase, "premeditated and organized to vitiate the atmosphere."

When everything from sneakers to stuffed animals to comics to frescos to beauty queens to fast-food packaging to undies serves as dry tinder for Allah's avengers, it's a grand farce to feign concern about the recruitment effect of a few burnt Korans in the hands of a two-bit attention-seeker in Florida. The eternal flame of Muslim outrage was lit a long, long time ago.

unfortunately for us...there are a lot more of them than us

burn a quaran, burn a bible, burn a flag, burn a jay

---Jim Morrison
permalink
Top
+0
-0
If one is trying to live a religious, righteous, moral, Christian life style, what the other group does is of no concern to you. You need to strive each day to be a good and moral as you can, not using their actions to justify rushing to be part of the lowest common element.
permalink
Top
+0
-0
Dare I even try to list the stupid acts of the radical christians in just this country?
permalink
Top
+0
-0
supporter
I would consider Frank Cory a POS to rival the greatest milescity.com has ever seen.
permalink
Top
+0
-0
Actually...would it make it any less stressful for you libs if we have a diversity wiennie roast and burn both the bible and the koran? Would that be fair and tolerant enough? Wouldn't bother me in the slightest. It would actually be hilarious. The idea that God would be angry over a few silly mortals thinking they could insult Him by burning the bible. Allah needs to get a pair and stop all this rage over his comic book.
permalink
Top
+0
-0
supporter
I don't believe, Frank, that it is an issue of Allah needing "to get a pair".

Are you honestly going to say that Christians never get upset at the burning of the Bible? If you really believe this to be true, you need to pull your head out of the sand, or an orifice we've discussed in the past, and read something other than The Fox Nation. Perhaps God needs to stopping fretting over his "comic book" as well.

[This message has been edited by ron h (9/10/2010)]
permalink
Top
+0
-0
founder
supporter
Did you know this jackass also wants to burn the Talmud? How come nobody cares about that? I bet Jesus would be offended. By the way, this so-called minister left Germany a few years ago because his congregation accused him of financial misdoings. So, he doesn't exactly have either the high patriotic or moral ground.
permalink
Top
+0
-0
supporter
I burned 1300 copies of the Bhagavad Gita and no one gave a sh*t.
permalink
Top
+0
-0
Frank? Did you really say "Michelle Malkin and true words" in the same sentence? I think if the muslim world is so upset with the possible burning of their "bible" we should send them Michelle Malkin as a peace offering.
permalink
Top
+0
-0
You know its ignorance like this that gives the rest of the world the perception that all americans are redneck jackasses. No wonder "they all hate us". I'm sure Jesus would be on board with burning a holy book in his name (Love thy neighbor, Turn the cheek, Walk a christian walk, Share his love, blah blah blah...). Religion as a whole is garbage, it causes stupid people to do stupid shiet in the name of their so called morals most don't follow 90% of the time anyway.
permalink
Top
+0
-0
supporter
Don't burn the Gemara either: 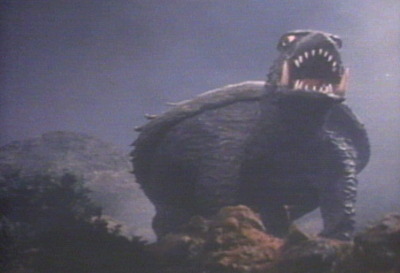 permalink
Top
+0
-0
Frank, quit lumping in every Muslim out there with those extremists.
permalink
Top
+0
-0
I would like to make a comment about one man from Montana who is making a difference in the Muslim world. His name is Greg Mortenson. He's not originally from Montana but he makes his home in Bozeman. He was one of the co-founders of The Central Asia Institute. He has been instrumental in helping to build more than 130 schools in remote villages in Pakistan so that Muslim girls can have an education.

He's been doing this for nearly 20 years. He wrote a book entitled, "Three Cups of Tea" which chronicles his experiences in Pakistan and how helping to build schools in Pakistan came about. There was even a campaign last year to get Mr. Mortenson nominated for The Nobel Peace Prize. My point is that it's nice to see this one American who has such a great heart making a difference in the lives of these Muslim girls.
permalink
Top
+0
-0
supporter
I wish everyone in the whole world would wise up a little and quit taking religion quite so seriously. Just think how peaceful the planet would be if all we had to fight about was land and oil and sexual preference.
And if I was a god, just to be fair and honest to everyone, I'd require my subjects to sit down and watch the Science channel before church. For another perspective on how to answer the most problematic questions.
permalink
Top
+0
-0
supporter
Three Cups of Tea is an excellent book. Mr. Mortenson is quite a force.
permalink
Top
+0
-0
supporter
Jeff, if it weren't for religion, I think we could strike sexual preference off the list of arguments as well.
permalink
Top
+0
-0
supporter
Probably land and oil, too.
permalink
Top
+0
-0
SPONSORED
supporter
good article about Islam and the extremists...what bin laden wanted to do was start a holy war between Islam and Christianity and these illiterate fools are doing it for him...the tea party, etc etc are playing right into the hands of bin ladens long term plan IMO...